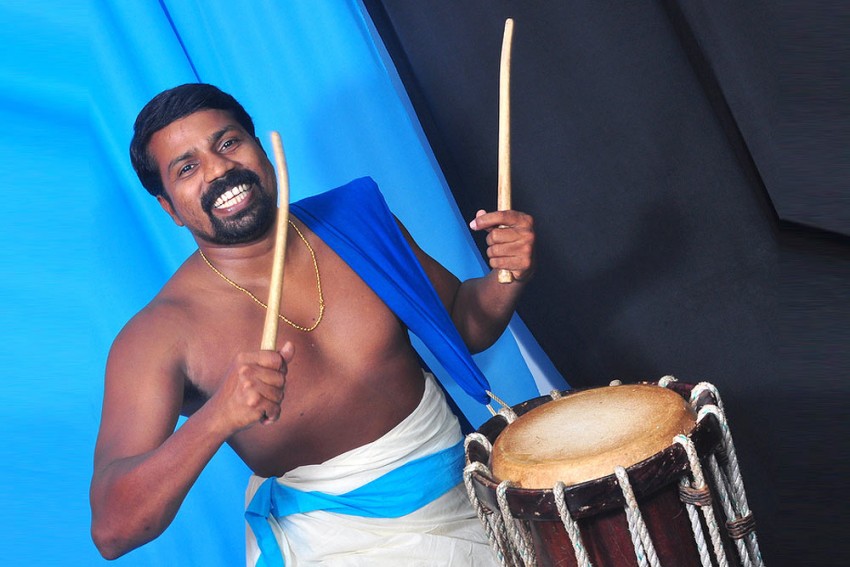 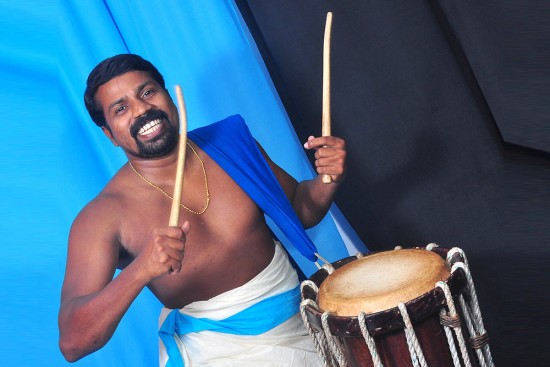 As if an offbeat reply to Kerala’s elitist ensembles emerges Shinkari Melam that has a history of mere four decades. The free-spirted drums-with-cymbals con­cert gained contours in Ernakulam district’s Paravur coast in the 1970s, when a drummer from the forward Marar caste taught local fishermen a few chenda lessons. The flame that Kavil Vijayan passed to the subaltern is gaining fresh life with the passage of every festival season across Kerala.

The fisher-folk, who anyway played the thappu, now slung the chenda down the shoulder and reproduced much of the patterns they otherwise wove with the hand-held drum. This caught the fantasy of goldsmiths who visited Paravur from neighbouring Thrissur district’s Urakam—ironically a village known for traditional ensembles. Back in their land, the community thought they’d, too, perform it with all the romanticism they sensed in it. Hence named it ‘shringara melam’. “But a printing error apparently got its name on the notice as ‘shinkari’,” says Peringode Ponnan, a top proponent of this genre that has also women participants.

Ponnan’s Shinkari Melam troupe gets 100-plus shows in a season, attracting youngsters with its high-decibel and well-rehear­sed passages—also laced with dance steps. “We keep improvising, yet keep the rhythms simple. We come up with new movement formations—in circles and rows (while drumming). Also, there is massive changeover in the costume,” says Ponnan, whose official name is Suresh. “At one stage, I led a team of 200 artistes. I have settled for 24.”

Ponnan, a Parayan by caste, least prefers to slot his team concert as one vis-à-vis the classical Kerala melams. “Ours is just like the folksy Neyyandimelam of Tamil Nadu or Maharashtra’s Nasik Dhol. Or such experiments you see in Africa and with the Blacks in Amer­ica,” he says. “Sinkari has no basic lessons. Sitting together to practice is all what counts. One can be stage-ready in a couple of months.”

The state has more such percussionists associated with 1,000-odd shinkari melam troupes—a few of them perform outside Kerala; one even has been annually performing in Sri Lanka. Last year, 1,500 of them met at Thrissur under a welfare organisation in their name. “It transcends not just geographical borders, but religions as well. We do get lots of invitations from churches and mosques,” says Ponnan.

Many of his fans are non-Hindus. Teenager Abdul Raheem says he and fellow volunteers ensure “massive” social media publicity for Sinkari, which they first encountered at a big church perunnal fare in their hilly Kunnamkulam neighbourhood eight years ago. “One Facebook video of Ponnan’s show has crossed 9.25 lakh, while his YouTube clips have four lakh-plus hits,” says the chirpy under-graduate student.