Youth, Or The Bull’s Eye

The indefatigable Abhinav Bindra takes aim at the Rio Olympics, his fifth and last 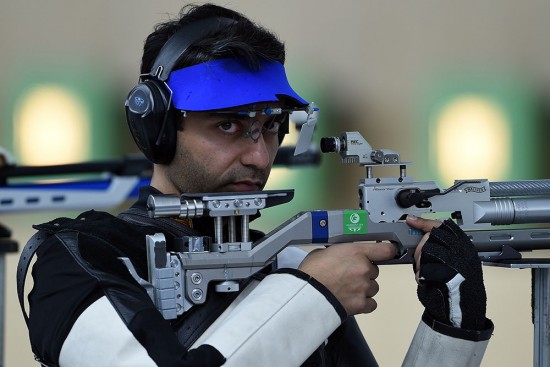 Having made history by winning India’s first ever gold medal in an individual event at the 2008 Beijing Olympic Games, ace rifle shooter Abhinav Bindra is aiming for an encore in Rio. A focused Bindra, who won gold in the 10-metre air rifle event, has been training hard. He is quietly confident of signing off on a high note after his fifth straight, and last, Olympic Games.

“I am going without any pressure to do the best for India in my last Olympic Games,” a suave Bindra tells Outlook. “Experience counts, but past is past, not to be counted how I perform now. Let us see [on] the day!”

Abhinav, 33, has been competing and training mostly abroad, often in Germany under Gabriele ‘Gaby’ Buhlmann, a Swiss rifle-shooter and a veteran of five successive Olympics, starting 1988. Gabriele played a crucial part in Bindra’s Beijing gold, acknowledges the ace shooter. “She was a most dedicated coach and played a significant role, giving her 100 per cent,” he says.