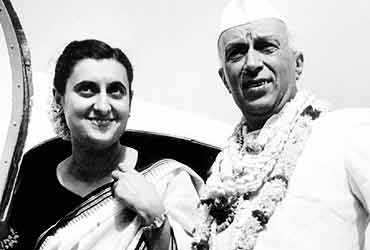 The first collection of Jawaharlal Nehru’s letters to his only daughter, indeed only child, Indira Gandhi, that I read as a schoolboy appeared when she was only 10. Then followed the classic and monumental Glimpses of World History. Fourteen years ago, Sonia Gandhi painstakingly edited the rest of the correspondence between father and daughter (1922-1964) and published it in two large volumes running into 1,180 pages. Now she has compressed the two tomes into a single volume reducing the size by nearly half. While preserving the essence of the earlier work, she has enabled a wider readership to access it at a reasonable price.

Unsurprisingly, the range of subjects covered by the letters is awesomely wide, stretching from personal and family matters to major issues of national and international politics, to say nothing of the comparing of notes on the numerous books that both of them were reading all the time. As Indira grew up, the content and style of her letters changed accordingly and attained maturity.

Letters written from Europe where she and her...