Will the Shanti Bhushan affidavit on a possible rot in the judiciary trigger self-awareness and course correction within?

Allegations In The Bhushan Affidavits

For the highest court in the land, it was a supreme blow. For the first time in its history, a legal luminary had summoned the courage to submit an affidavit containing the names of the last 16 chief justices of India (CJIs), alleging that eight of them gave questionable judgements, and placing the onus of revealing the names on the current CJI. The affidavit, widely reported by the media, has become a huge embarrassment for the apex court, which till now, like Caesar’s wife, had been above suspicion.

Tongues have been wagging on the integrity of judges for years. This time, though, the people levelling the charges are men of credibility—former Union law minister Shanti Bhushan and his son, Supreme Court lawyer Prashant Bhushan. First, Bhushan Sr (who, as counsel for Raj Narain, felled the mighty Indira Gandhi in 1975 when her election to the Lok Sabha through the Rae Bareli constituency was declared void) filed a petition to be impleaded in a contempt case against his son for a magazine interview where the latter had made similar charges. He submitted a sealed envelope to the court with the names of eight corrupt CJIs. And then, Prashant Bhushan himself filed a supplementary affidavit detailing several key ‘suspect’ judgements delivered by six former chief justices.

Their collective action has put a question mark over India’s judiciary, universally acknowledged as the strongest pillar of Indian democracy. And while Outlook has the highest respect for the judiciary, the magazine is reporting the contents of the supplementary affidavit in the national interest. We are undertaking the exercise so that if any course correction is required, then the court and the law ministry can consider doing so. We also hope to help clear the air so that not all the 16 former CJIs are seen in the same negative light. Outlook also made every effort to contact the judges named in the supplementary affidavit to allow them to express their side of the story, but in vain. 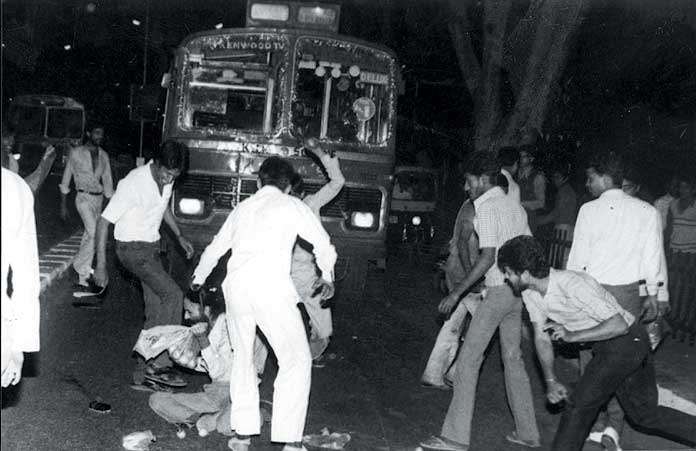 Here’s what the supplementary affidavit, which runs into 250-odd pages, including annexures, has to say:

Justice Ranganath Mishra: As a sitting judge of the Supreme Court, he had headed the commission of inquiry into the 1984 anti-Sikh riots. The inquiry proceedings, the affidavit alleges, were conducted in a highly biased manner and the commission went on to give a clean chit to the Congress when subsequent official inquiry reports as well as CBI investigations have come up with evidence against Congress leaders. “He went on after his retirement to agree to become a Rajya Sabha MP of the Congress,” the affidavit says.

Justice K.N. Singh: Chief justice for 18 days, he allegedly passed “benevolent” orders in favour of Jain Exports and its sister concern, Jain Shuddh Vanaspati—orders that were subsequently reversed by other benches. The case had to do with the import of industrial coconut oil, which was banned. The customs department had imposed a fine of Rs 5 crore, which the company had challenged. Justice K.N. Singh, through an order, reduced the redemption fine to 35 per cent, the affidavit alleges. Justice M.N. Venkatachaliah, who reversed this order, said, “I don’t wish to comment on the present affidavit but I am concerned about the charges of corruption.”

Justice A.M. Ahmadi: The affidavit questions Ahmadi’s decision to quash the charge of culpable homicide in the criminal case against Union Carbide following the Bhopal gas tragedy. “This judgement of quashing the charge of culpable homicide before the trial,” Bhushan has submitted before the apex court, “not only delayed the trial, but led to miscarriage of justice.”

The affidavit has also criticised Ahmadi’s decision to become the lifetime chairperson of a hospital trust post-retirement. The trust had been set up from the sale proceeds of Union Carbide India Limited Shares. Besides, the affidavit alleges that the judge’s house in Kant Enclave, Faridabad—an area where all construction was prohibited within five kilometres of the Badkal and Surajkund lakes by previous orders of the Supreme Court for environmental reasons—is illegal and violative of the apex court judgement. “He went about reconstituting benches that subsequently modified the order, allowing construction within one kilometre of the Surajkund lake.”

Justice M.M. Punchhi: As CJI, not only did he allow an appeal by K.N. Tapuria against a Bombay High Court judgement sentencing him to two years rigorous imprisonment for criminal breach of trust, he even acquitted him on the basis of a compromise reached between Tapuria and the complainant. A criminal breach of trust, the affidavit says, cannot be compounded in law, nor can a mere compromise with the complainant demit the penal provisions for the alleged criminal act.

Justice A.S. Anand: The affidavit alleges that as chief justice of the J&K HC, Anand misused his office to help himself and his kin. He adjudicated a case for a Srinagar-based hotel owner, who sold a piece of land to the judge’s daughter at a throwaway price. Later, Anand also ensured that a case dealing with his family’s property rights was kept pending in the high court even after the apex court had dismissed similar cases.

Justice Y.K. Sabharwal: The affidavit alleges that he passed a series of orders for sealing commercial properties in Delhi, the immediate consequence of which, the petition states, “was to force shops and offices to shift to shopping malls and commercial complexes being constructed by builders and developers which resulted in real estate prices seeing a sharp rise overnight. Meanwhile, his sons entered into partnership with some developers and made huge profits.” The affidavit also states that the registered offices of his sons’ companies were at their father’s official residence.

Many former judges contacted by Outlook are appalled at the allegations. Former Supreme Court judge P.B. Sawant says: “I am not immune to shocks being felt by everyone over the allegations. I’m shocked.” Most feel that an inquiry must be instituted. “Anyone can make allegations against anybody,” says former Kerala High Court chief justice V.S. Malimath. “I am not undermining what the Bhushans are saying, but investigations have to be done for truth to be established.” 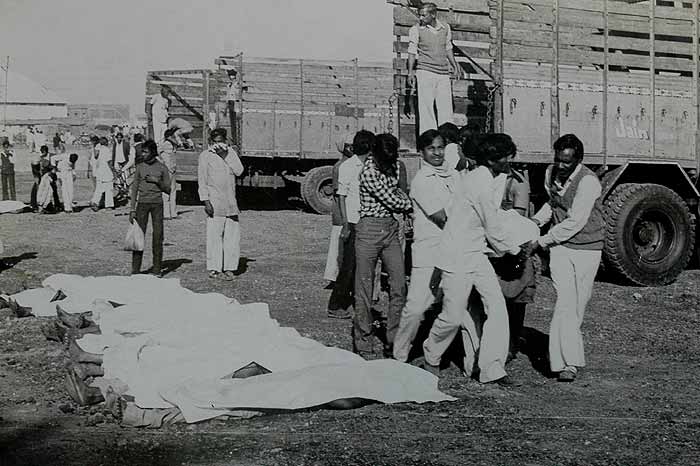 Most of these judges stress that attention has to be paid to the appointment of judges. These judges feel that because appointments are made under a cloud of secrecy by the collegium, it allows for questionable selections. “Our current appointments system,” says former Delhi High Court chief justice A.P. Shah, “is out of step with democratic culture primarily because it lacks transparency and provides for no oversight. Choosing judges based on undisclosed criteria in largely unknown circumstances reflects an increasing democratic deficit.” Former SC judge V.R. Krishna Iyer says, “There has to be a strict code of conduct by a constitutional amendment and an exercise should be undertaken if there is deviance from the code.”

Justice Sawant recalls with deep anguish when impeachment proceedings were initiated against fellow judge V. Ramaswami and he (Sawant) was asked to inquire into the charges of corruption against him. “The impeachment procedure for removal of judges never came through as the Congress took a neutral position. We had suggested an independent judicial commission then as an appointing authority for judges, which would also inquire into charges of corruption. But nothing has come of that suggestion—neither the judiciary nor Parliament is interested,” he says.

But what of the allegations levelled by the Bhushans? They are hamstrung by definition—the distressing culture of lack of accountability in the judiciary is what they have to pass through. Levelling a charge against a judge, let alone proving it, is impossible. Even registration of firs and regular criminal investigation against judges is not possible without the CJI’s written permission. This makes investigation or prosecution on grounds of corruption against the higher judiciary impossible. In the 64 years since Independence, only one impeachment motion—against Justice V. Ramaswami—was taken up but failed due to insufficient numbers (see box). Another one against Justice Punchhi couldn’t even elicit enough signatures from MPs for a proposed impeachment motion.

So far allegations of corruption had not touched the Supreme Court. Its image came close to being tarnished when the PF scam involving 33 judges included allegations against a sitting judge of the apex court. The case of land-grabbing against former Karnataka High Court chief justice P.D. Dinakaran too had created a flutter. He was almost elevated to the Supreme Court last year by a collegium, till charges of disproportionate assets stalled his upward mobility. Similarly, the charges of corruption against Calcutta High Court judge Soumitra Sen do little to salvage the image of the judiciary’s unimpeachable conduct.

“We are answerable and must remember that our yardstick must be stricter than what we apply to others,” says former CJI J.S. Verma. But faced with the kind of “evidence” the Bhushans have submitted, what is the apex court expected to do? Senior advocate Rajeev Dhawan proposes some statesmanship. “Contempt proceedings should be dropped immediately and the chief justice, along with the attorney general, should examine the issues, and judges outside this theatre of corruption should examine the charges and make a public statement.”

The general consensus within the legal fraternity is that judges must be made accountable to restore the judiciary’s credibility. And no tainted judge should be dispensing justice till his name is cleared. Union law minister Veerappa Moily sees hope in the Judges Standards and Accountability Bill, which, when passed by Parliament, will usher in the all-important transparency required in the judiciary. Justice will indeed have been meted if that good intent comes to pass.