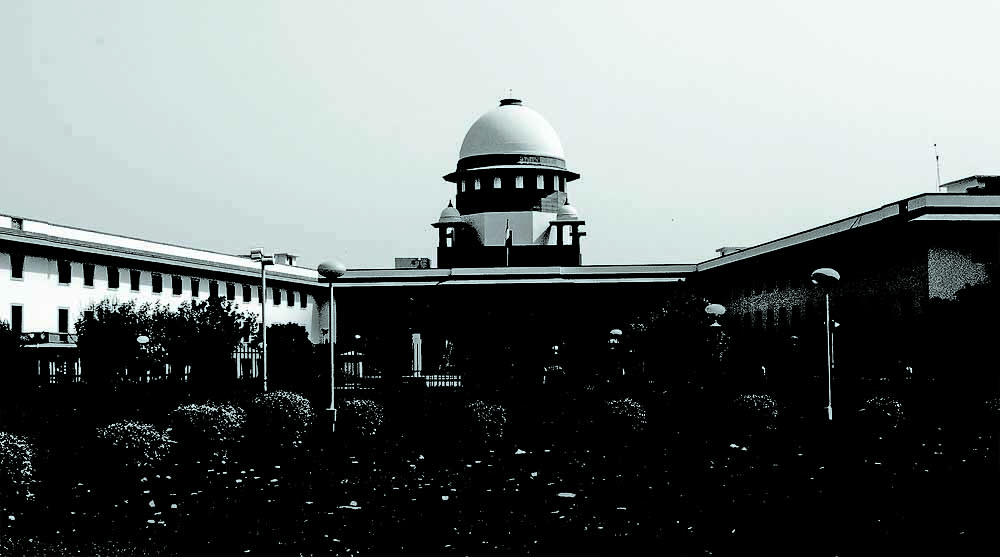 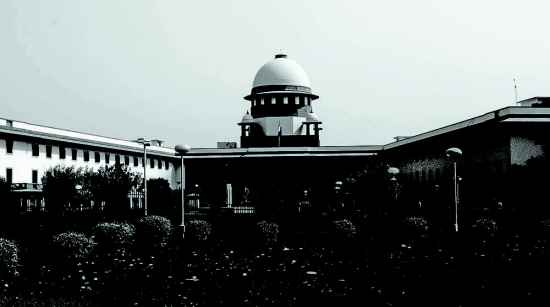 A retired Supreme Court of India judge who adjudicated a high-profile scam that triggered the freefall of the UPA’s reputation finds himself in a potentially embarrassing position today. Among other things, he’ll have to explain to three of his former colleagues just what he was putting a 23-year-old law grad­u­ate through in a five-star hotel room in Delhi last Dec­em­ber, multiple sources told Outlook.

The judge, who became the chief of a human rights body shortly after his ret­irement, will now have to face a three-member committee set up on an urgent basis by the Chief Justice of India, P. Sathasivam, to probe the allegation. The case came out after the law student, who graduated last year, wrote on her college blog and then gave an interview to a website in which she said the advances of the “recently retired” judge towards her on December 24, 2012, just a week after the Delhi gang­rape, constituted “sexual assault”.

Five judges retired in 2012 and two in 2013. The uncertainty over the name has already resulted in lawyers and individuals using the occasion to bes­mirch the reputations of judges they want to settle scores with. One top law officer says the corridors are buzzing with talk of more misdemeanours, most of them hushed up against the hazy backdrop of a cosy bar and bench after-hours relationship. Additional solicitor general Indira Jaising (see Jump Cut) has already written to CJI Sathasivam asking him to reveal the name of the accused judge. “I would like you to disclose the name of the judge with whom [she] was interning,” reads Jaising’s note to the CJI. 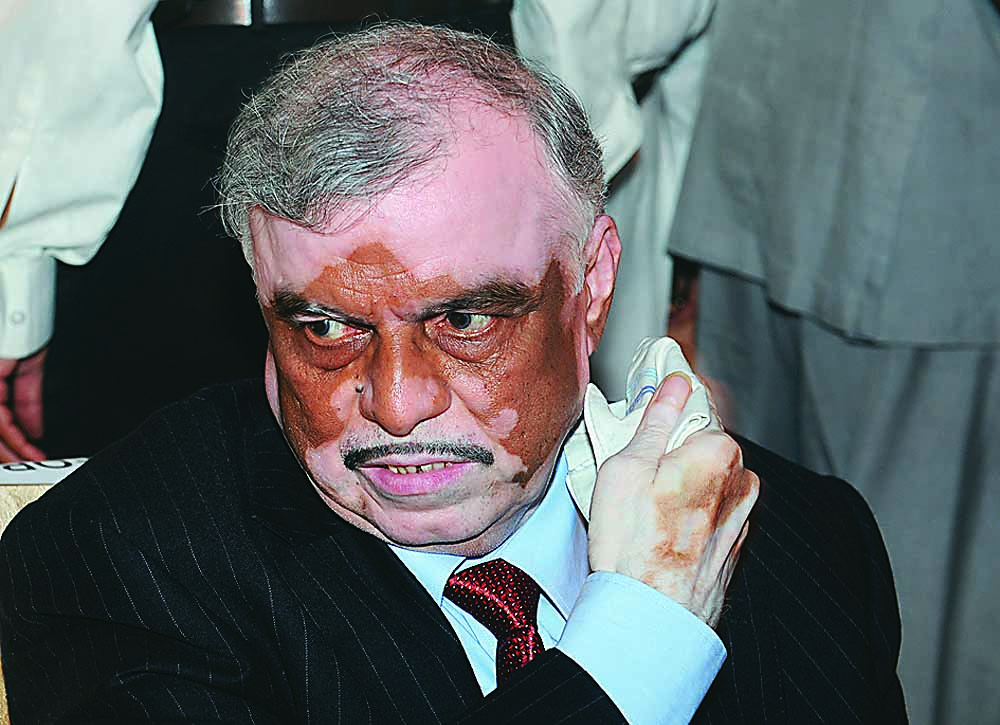 The Chief Justice of India, P. Sathasivam, has urgently set up a three-member committee of judges to probe the charges.

In a statement released to the media, the law graduate, SJ, stated that she will depose before the Supreme Court’s probe committee. However, according to some lawyers, the purview of the court committee might not extend to the conduct of former judges, especially if allegations per­tain to the post-retirement time period. Gopal Shankaran­ar­ayan, a Supreme Court advocate, exp­­lains that this committee would not have “jurisdiction over an SC judge’s all­eged conduct with an individual who was assisting him after he demitted off­ice. Hence the SC has no role to play with this incident in an administrative or judicial capacity.” Questions have also been raised over the absence of an “out­sider” on the SC internal committee.

The aggrieved girl has not named the judge in her blog post or in interviews to the media. However, she did tell the website, www.legallyindia.com, that her experience was echoed by several other women lawyers and students: “I’ve heard of three other cases [of sexual harassment] by the same judge and I know of at least four other girls who’ve faced harassment from other judges...not perhaps as [bad as mine]: most of them were in the chambers of the judge and other people were around, so it never gets too bad.”

However, teachers, administrators and students of the university the girl graduated from confirmed that SJ and another graduate did go to work for the said judge in 2012. The two law students were informally deputed to work for the retired SC judge as research associates on a book he was writing. The judge had requested the university’s vice-chancellor to send him interns for this purpose. The V-C obliged and SJ and another student were sent. The judge is currently an honorary professor at a law university where he teaches a course on constitutional litigation.

“I have nothing to say,” said the judge to Outlook when called for his response to the allegation. “I request you not to ask me any questions about it,” he added from his office. He neither confirmed nor denied that SJ and the other student had worked for him.

University members say they are afraid to complain against the judge because of the close ties he shares with the V-C.

The alleged incident took place in a pro­minent hotel on Christmas eve where the judge was staying during a visit to the capital. SJ was summoned by the judge to his hotel. It is learnt that he even asked the hotel staff to arrange for a separate room for her. After they dec­lined his request, he apparently sug­gested that SJ stay in his room given the apparent danger to women during late hours in Delhi. She decli­ned. He then allegedly made the advan­ces, the girl now reports. She went to the lobby, sought help and left the hotel.

Posts on social networking sites rev­ealed that a friend of SJ subsequently reprimanded the judge for his behaviour. “In any case, violence is such an easy reaction. And how has that solved the world’s problems, pray? Of course, Mr Justice lost his RAs [research assistants], he also got a good talking to, a brushing down that his father should have given him, which he received from a 23-year-old girl.... And maybe, maybe that is a better route? Not necessarily violent, but not voiceless. Being lawyers, we understand not only the value of being litigious, but also when litigiousness is a handicap, when better results might be achieved without invoking law’s violence to one’s aid, when negotiations and personal confrontations might be better, and when informal means are more useful to achieve the ends we seek,” said a post on Facebook.

It was also claimed by SJ’s friend that the judge apologised for his actions and that he promised not to repeat his misdemeanour. “After all, maybe his fear of our possible relash (sic) could have disciplined him into better behaviour. He promised, incidentally, that he would never misbehave with another lady. Maybe it’s naivete to believe him. Maybe it’s just youthful optimism. Being brave is tougher than it appears on the face of it, no?” reads the FB post.

When contacted about the incident by Outlook, the vice-chancellor of the university said “it’s really quite embarrassing”. He would not officially confirm or deny whether SJ had worked for the judge in 2012 on the said date. He insisted he was unaware whether any student had been sent to work with the judge. He said there was no complaint yet and therefore the university could not be expected to act on a blog post. On the judge’s affiliation with the university: “He is taking a class. It will continue. We will provide any support that is necessary to the legal system.”

However, members of the university say they are afraid to complain against the judge because of the nature of the relationship he shares with the institution. Sources point out that the judge was part of a committee which appointed the vice-chancellor to his post and therefore it was unlikely the latter would pursue the matter under the university’s sexual harassment code. “No one from the university is willing to speak out against the judge because of the close equation that he shares with the vice-chancellor. They are friends and he had appointed the V-C,” says a faculty member who did not wish to be named.

It is uncertain whether or not the judge will be able to continue in his current public position given the nature of the intern’s claim and the fact that it was allegedly committed while he was in office. According to senior members of the bar and observers of the court, the judge in question has enjoyed a fine reputation so far. He has served as chief justice of two high courts and was then elevated to the apex court.