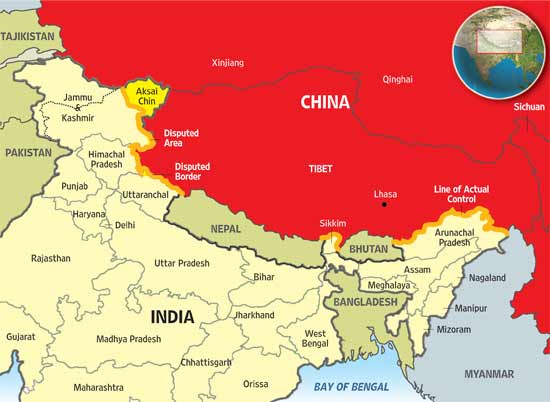 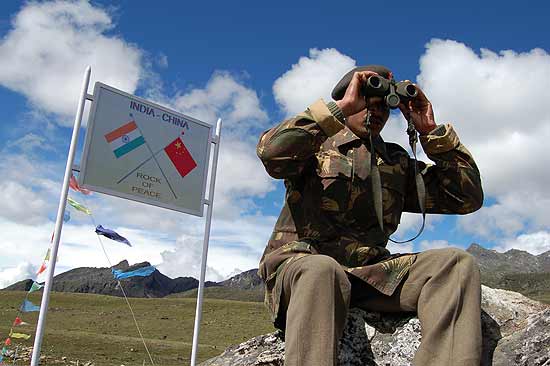 Divided into three sectors—eastern, middle and western. It is through the eastern sector that the controversial McMahon Line runs. Earlier known as the North Eastern Frontier Agency (NEFA), it’s now the state of Arunachal Pradesh. The middle sector, encompassing the boundaries of Uttar Pradesh (now Uttarakhand) and Himachal Pradesh, is considered the least contentious among the three. In the western sector, the boundary lies along Ladakh, including the Aksai Chin plateau. Much of Aksai Chin and some adjoining land are now under Chinese control. The Line of Actual Control (LAC) now divides the troops of the two countries.

Two inter-linked issues, Tibet and the boundary. The McMahon Line was drawn as part of an agreement between British India, Tibet and China after the Simla Conference of 1914. China participated in the conference but refused to ratify the agreement. Independent India accepted the McMahon Line as its border with China on the eastern sector, though it indicated that the western sector was not "well-defined". China's refusal to accept the McMahon Line as the border and India's insistence on it led to a series of failures to resolve the issue peacefully. A brief bonhomie between the two sides, seen after Bandung, soon dissipated. The Dalai Lama’s decision to flee Lhasa and take refuge in India, coupled with the Tibetan rebels' activities from the Indian soil against China, put further strains on bilateral ties.

The mounting pressure on Nehru in the face of perceived Chinese intransigency led to the "forward policy" to throw out Chinese "intruders", which further deepened the crisis. Soon after, the boundary clashes turned into a war on October 20, 1962, lasting some four weeks. After moving deep inside Indian territory, the Chinese forces withdrew to their original position behind the McMahon Line, later called the Line of Actual Control. Though in the western sector, Aksai Chin and some other parts were wrested from India's control by the Chinese and remain so till date.

In the aftermath of the 1962 war, Lt Gen Henderson Brooks and Brigadier Bhagat, two senior officials of the Indian army, were tasked with analysing the reasons that led to the Indian defeat. Described as ‘Operational Review’, the report has become much sought after since to date it remains a classified document. British journalist Neville Maxwell, who authored the controversial book on the Sino-Indian conflict, India's China War, was reportedly given access to the report. But citing "extremely sensitive" and "current operational value" as reasons, the Indian government has so far refused to make the report public.