‘You Don’t Need A Chanakyapuri In Srinagar’ 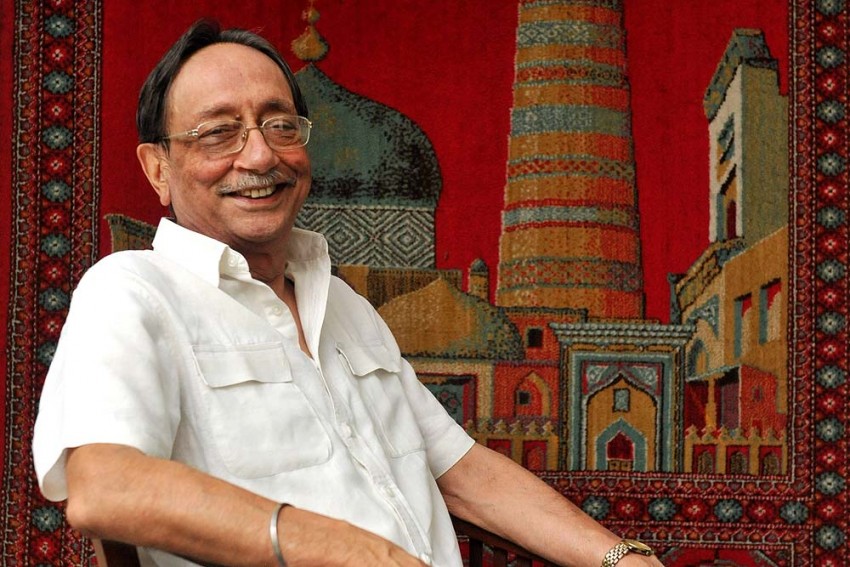 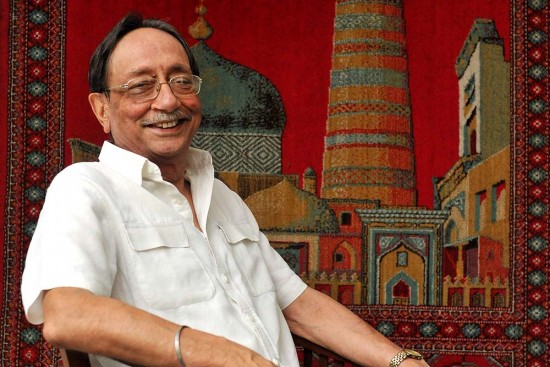 Former Research & Analysis Wing chief Amarjit Singh Dulat’s book, Kashmir: The Vajpayee Years, hit the headlines for his revelations on the hijacking of flight IC-814 and other issues. In a wide-ranging interview with Bula Devi, the 75-year-old former spy recalls the missed opportunities in Kashmir and India-Pakistan relations.

Hizbul Mujahideen leader Majid Dar surfaced in Srinagar, ostensibly via Dubai, in July 2000. Was it the first real attempt at resolving the Kashmir issue after militancy? What went wrong? Did you go to Dubai for talks?

No, I did not go to Dubai and nothing went wrong. In fact, it was a great operation, whoever conducted it. We learnt that Majid Dar was interested in coming to India. He was the Hizb chief; (Syed) Salahuddin was just for name’s sake. We got interested and he appeared in the Valley in 2000. His interlocutor, Fazl-ul-Haq Qureshi, met the home secretary in July-August. We learnt that Majid had come with the ISI’s approval. He came and announced a ceasefire; from across the border Salahuddin suppo­rted it. But soon he backtracked and cal­led off the ceasefire. I think somebody in Pakistan panicked that he had turned around.

Did Pakistan fear that Majid Dar would become a turncoat?

Yes. After that, he had a bumpy relationship with the ISI. But he went around and met separatist leaders and, I think, had a couple of meetings with Syed Ali Shah Geelani also. What we learnt is that Majid was trying to convince people that after Kargil there was nothing more that Pakistan could do. If you remember, during the Kargil War President Clinton pressu­red Nawaz Sharif to withdraw. Paki­stan-based (Kashmiri) militants realised that nothing more could be expected of Pak­istan. I think that prompted Majid to come and talk. Unfortunately, the ISI bumped him off.

Why did the Indo-Pak Agra summit in July 2001 fail?

“The Pandits should go back in an organic way, not in one place, as sitting ducks. And separatists should all be on board.”

When Agra happened Pakistan had some illustrious high commissioners in New Delhi. Ashraf Jehangir Qazi was one of the smartest as he had aligned with everyone—Jaswant Singh, NSA Brajesh Mishra, George Fernandes and L.K. Adv­ani. So that’s how Agra happened. Actu­ally, the architect of Agra was Advaniji, even Qazi said so. That’s why they say that he was the architect as well as the spoiler. Do you know that there were 20 secret meetings between Qazi and Adv­aniji before Agra? As they got to know each other well, it led Advaniji to suggest that “I think we should call the general....” Later I had a chat with Qazi and he said, “Yeah, I had a great relationship with Advaniji, but the Advanji of Agra was very different from the person I dealt with in Delhi. He became very unreasonable, so the talks failed.”

Was the proposal to invite Mus­h­arraf Advani’s initiative or Pak­­i­stan’s?

I don’t know. But Qazi must have pleaded for it. After all, why was he meeting Adv­­aniji? The question is, why didn’t Qazi keep Advani on board in Agra? That’s what I asked Qazi. He said Adv­ani was a different man.... The sticking poi­nts were that we wanted more emp­hasis on terrorism and they wanted emphasis on Kashmir. I think Musharraf was hon­est but he made a mistake by walking out in a huff. If this deliberation had continued and he had not given up so easily, something would have come out of it. I asked Brajesh what went wrong and he said Pakistan made a tactical error. He said they put all their eggs in Vajpayee’s basket. Perhaps Advani felt left out. Ulti­mately, there was too much expectation from Vajpayee; he came under pressure.

Do you think the kind of atmosphere that Vajpayee created is possible?

Why not? Look at the hope Modiji has created. The Kashmiris thought Modiji will follow the Vajpayee path, even Mirwaiz congratulated Modiji. But nobody is talking to them now.

Do you miss the Vajpayee-Advani initiatives on Kashmir?

That was a great team; the NDA was a great government. I think Manmohan Singh was equally earnest but he did not get the support he deserved from his party. If there is one PM who wanted to go to Pakistan but couldn’t, it was Man­mohan and that is the tragedy of his life.

Do you think Manmohan going to Pakistan would have hel­­ped in any way?

You can only resolve issues by talking. It cannot happen thr­ough foreign secretary-­level talks. It’s going to happen only when Modiji meets Sharif. Why did Vajpayeeji take the bus to Lahore, wasn’t that a great breakthrough? In Lah­ore, he insisted on going to Minar-e-Pakistan. The Pakis­ta­­nis were a bit nervy, not sure if what he might say could be an embarrassment for them. But Vajpayeeji went and wrote that a strong, secure Pakistan was in our interest. At a reception in Lahore, he said, “Pakistan ko meri mohar lagaane ki zaroorat nahi hai”. It is not easy to replicate the Vajpayee magic.

Do you hold yourself responsible for the split in the Hurriyat after the 2002 assembly elections?

Not at all. I am flattered that it is attributed to us. If you ask me, it was Pak­istan who helped us in that. It was ISI’s idea. Pakistan wanted Geelani to take control of the Hurriyat. This was before Mush­arraf realised that Geelani was an obstacle. I don’t know if they wan­ted him to create a separate Hurriyat. So, as someone on this side, I was very happy, grateful. Even now, Pakistan is trying to bring other separatist lea­­ders on board and make Gee­­lani take control of the Hurriyat.

Is there a threat to Geelani from Pakistan?

No, Geelani is their frontman right now. But militancy could be going beyond Geelani, it is going out of his control, as it is becoming more hardline, more Salafi. That is why ISIs flags are being waved on a weekly basis in Jama Masjid. Radicalism is growing and that should be worrisome for us. I am not saying ISIS is growing in Kashmir but radicalism is growing.

So what is the way forward?

Talking is important. When you talk, it gives hope. When you don’t, Kashmiris believe, particularly the educated generation, that Delhi is not serious. Kas­­hmiris are relieved when India and Pakistan have good ties, for they don’t want to get sandwiched between the two.

Do you think having separate enclaves for Pandits is a good thing?

No, because you don’t need a Chana­kyapuri in Srinagar; Pandits should come in a more organic way. There are colonies where they can be accommodated, where there are not many militants. If we put them in one place they’d be sitting ducks. They should go back but the best way to get them back is to get all separatists on board, including Geelani.

Manmohan made a lot of promises, industrialists talked about setting up industries. Nothing happened.

There are two or three tragedies. Manmohan wanted to move forward, more than Vajpayee. But somehow the wheels never moved. They had these round table conferences and some groups were created—on cross-border trade, constitutional aspect, etc. Those groups were headed by eminent people, including the vice-president.

How do you perceive the present situation in Kashmir?

Not so good. We have put the clock back to pre-1996. In 1996 we had to work hard to revive the political-democratic process; that meant getting Farooq (Abd­ullah) on board. He had reservations as militancy was strong. Sep­­aratists told me that it was P.V. Nar­asimha Rao’s idea to revive the democr­atic process. It was a masterstroke, for it weakened militants. Now, it reminds me of pre-1996 because the political process is again in a limbo.

Scaly Tales: It Was Said To Swim