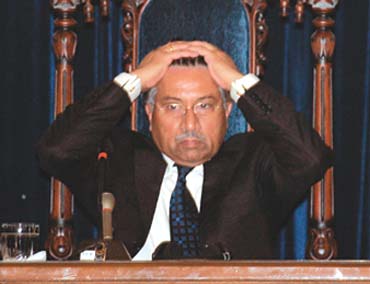 On November 13, 2007, I had a one-to-one meeting with former prime minister Benazir Bhutto at the Lahore residence of Senator Latif Khosa. She said she had no doubt about the people who had masterminded the attack on her on October 18, the day she had returned to Pakistan from exile. Benazir told me, "I have come to know after investigations by my own sources that the October 18 bombing was masterminded by some highly-placed officials in the Pakistani security and intelligence establishments who had hired an Al Qaeda-linked militant—Maulvi Abdul Rehman Otho alias Abdul Rehman Sindhi—to execute the attack." She said three local militants were hired to carry out the attack under the supervision of Abdul Rehman Sindhi, an Al Qaeda-linked Lashkar-e-Jhangvi (LeJ) militant from the Dadu district of Sindh.

Before Benazir arrived in Pakistan, Sindhi had been mysteriously released from prison, where he had been incarcerated for his role in the May '04 bombing of the US Cultural Centre in Karachi. She said she subsequently wrote a letter naming her would-be assassins. When I asked her who the recipient of the letter was and whether she had named Pakistan President Pervez Musharraf as well, she had smiled and said, "Mind one thing, all those in the establishment who stand to lose power and influence in the post-election set-up are after me, including the General. I can't give you further details at this stage. However, you can name Musharraf as my assassin if I am killed."