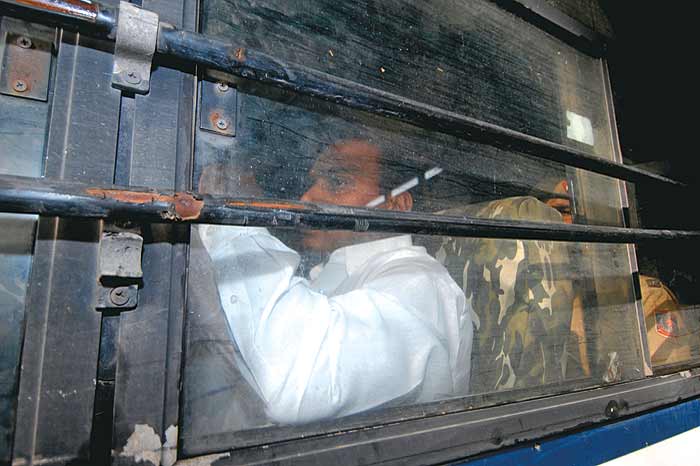 Six Questions That Will Be Asked

It may be just coincidence, but the measured reaction to the February 2 verdict of the Supreme Court—when it scrapped the 122 telecom licences issued by ex-Union minister A. Raja in January 2008—has a lot to do with another landmark judgement delivered just 12 days before. The SC having established ‘impartiality’ in the Vodafone tax case, telecom players perhaps found it easier to digest the enormous implications of its verdict in the 2G case.

It’s easy to say what happened was expected. That fear was palpable among the telecom players embroiled in this case, given they couldn’t second-guess the SC’s intrepretation of the law. But when the axe did fall, it wasn’t pretty. The SC stated the 122 licences were granted in an arbitrary and unconstitutional manner. Of this, 85 were outside the eligibility criteria for allocation. It has also fined the Unitech-Telenor JV, Swan Telecom and Tata Telecom Rs 5 crore each for being beneficiaries of A. Raja’s arbitrary policies. Loop and Essar have been fined Rs 50 lakh. Most telecom players—barring Bharti Airtel, Vodafone and RCom—have been affected.

“Authorities are yet to establish how much money, if any, changed hands, and between whom, for the licences.”
Manjeet Kripalani, Gateway House

Experts Outlook spoke to were sanguine, saying the verdict will remove the uncertainties around the telecom sector and bring policy stability. “The people most hurt will be the bargain hunters who were not serious about the business. They will be in trouble,” says telecom expert Mahesh Uppal.

Naturally, the foreign companies who paid heavily to pick up stakes in Indian companies are fuming. Norway’s Telenor, which partnered with Unitech Wireless in Uninor, says it will “look to the government to arrive at a fair outcome that doesn’t jeopardise our lawful investment”. As of now, both foreign and Indian companies say they will take necessary action to protect their investment. This means companies may go for a review petition but going by the mood of the apex court and the clear terms specified in the verdict, any change in outcome is unlikely.

Going forward, foreign investment into the telecom sector might see a rethink—or even freeze—as investors will take time to be convinced that the new policy is stable. That the telecom companies, especially the foreign investors—Telenor and Etisalat have together invested Rs 10,000 crore—will lose money is beyond doubt. As it is, the companies were bleeding. On top of this, a cancellation of licences will mean a lot of investment going down the drain. Some might sell their physical infrastructure. Others, a few, also have the option to re-enter the market once the fresh auction process is completed and new licences issued (within four months).

Subscribers are in a better position. According to industry estimates, the affected licences account for about 5-6 per cent of the total subscriber base in India. Considering that India has close to 900 million cellular subscribers, that’s a good 50 million plus users we are looking at. Of this, Uninor alone claims to have a subscriber base of 36 million. The Supreme Court verdict allows the licences to be valid for four months, within which these users have the option to choose a new operator. Analysts feel this will not be a problem.

On the face of it, this could result in another bumper harvest for the cash-strapped and deficit-beaten economy, going by the bounty that was witnessed during the 3G spectrum auctions. But analysts feel that having burnt their fingers in the 3G auction that fetched the government about Rs 60,000 crore, companies will be careful in bidding for airwaves. Says Jaideep Ghosh, partner, kpmg, “On a per megahertz basis, the bids might not be higher than 3G as companies have spent a lot of money on 3G in 2010. They will be cautious about bidding for 2G spectrum.”

A parallel source of worry is that several banks have exposure to the telecom sector, estimated to be around Rs 4,500 crore. SBI’s Sanjay Nayar says the PSU bank’s fund-based exposure is close to Rs 1,100 crore. The exact extent of impact on banks will become clearer as more information flows in—there could be a cascading effect.

Finally, the verdict is also a serious indictment that former telecom minister A. Raja was at fault on both the policy and procedure front. In fact, it says that he favoured some companies over others—something that will not help his case even before that trial is over. And what about the fate of Union home minister P. Chidambaram? Although the Supreme Court has referred his case to the trial court, it has just two weeks to decide his fate. And going by the tenor of this verdict, he has reason to be worried.

By Arindam Mukherjee with Pragya Singh and Arti Sharma

Musketeers Of The Court And The Ledger