For readers concerned with the politics of writing, the writer's responsibility, the nature of the literary imagination, this is a book that needs to be read from cover to cover. 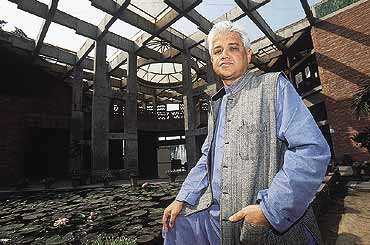 The Imam And The Indian—Prose Pieces
By Amitav Ghosh
Ravi Dayal and Permanent Black Rs 495; Pages: 362
In the hierarchy of writing styles and genres that generally obtains in the literary world, fiction is often valorised as the only ‘real’ writing, while non-fiction comes a poor second. Amitav Ghosh has always been one of my favourite writers and in his impressive body of work, it is the non-fiction that, for me, marks him as distinct. This latest collection—an eclectic mix of academic essays, general prose pieces, reflective and personal musings—only serves to confirm my judgement.

Written over a long period of time, on a diverse range of subjects and put together here for the first time, the pieces might at first mystify the reader. After all, what possible connection can a memoir of the poet Aga Shahid Ali and a discussion of the Baburnama have to do with labour history and an analysis of the Indian diaspora? But on closer reading, a number of themes and concerns emerge which illuminate and elucidate Ghosh’s other writing in ways that the writer himself is often shy of doing. Ask Ghosh if he is a political writer and he will firmly deny that he is, but read his novels and prose pieces and the politics is there for all to see, not as an agenda or a mission, but as something which informs the very sinews of his work.

All the writer’s locations—Bengal, Delhi, India, the United States, Egypt, Sri Lanka, Cambodia and Burma—figure in these essays. A critique of the politics of the Nobel Prize, and of literary prizes in general (remember that Ghosh refused the Commonwealth literature award last year because he objected to categories such as the Commonwealth), is thinly disguised as an essay on the work of Egyptian writer Naguib Mahfouz. A piece on the Indian diaspora becomes an occasion for looking at the attempts of governments—namely ours—to deal with ideas through the politics of repression, and the "thickness of the Indian political skin" which Ghosh says is "reserved for the diasporic writer".

But for me perhaps the most important thread that runs through many of the pieces is the question of the writer’s responsibility, of the suitability of certain subjects for the creative imagination, of the "non-frameability" of others. Ghosh asks this question in relation to the non-production of the Great Oil Novel. Why, he asks, has the oil encounter resulted in such a paucity of Great Novels? Could it be because the novel always needs a "sense of place", a framing within a context, a location, a nation? By this criterion, the oil encounter is one that "is lived out in a space that is no place at all, a world that is intrinsically displaced, heterogenous and international".

Other essays take this discussion further. Is violence a suitable subject for the creative imagination? Moving descriptions of the writer’s encounters with violence in Delhi in 1984, in Sri Lanka and most recently, in New York on September 11, force him to pose these questions. Why, he asks, did it take him so long to write about 1984? And how may a writer write about violence, without it being gratuitous, but also address the stories of courage and bravery that form the unseen underside of so many violent encounters? How may a writer understand violence? 9/11 forces the writer to ask: "As a writer I have tried to live by the credo that nothing human should be alien to me. Yet my imagination stops short as I try to think of the human realities of what it must mean to plan a collective suicide over a span of years.... Will the writer’s imagination be equal to addressing these ever-expanding, ever-changing ‘new dimensions of human experience’?"

For readers concerned with the politics of writing, the writer’s responsibility, the nature of the literary imagination, this is a book that needs to be read from cover to cover.