Write It On The Screen 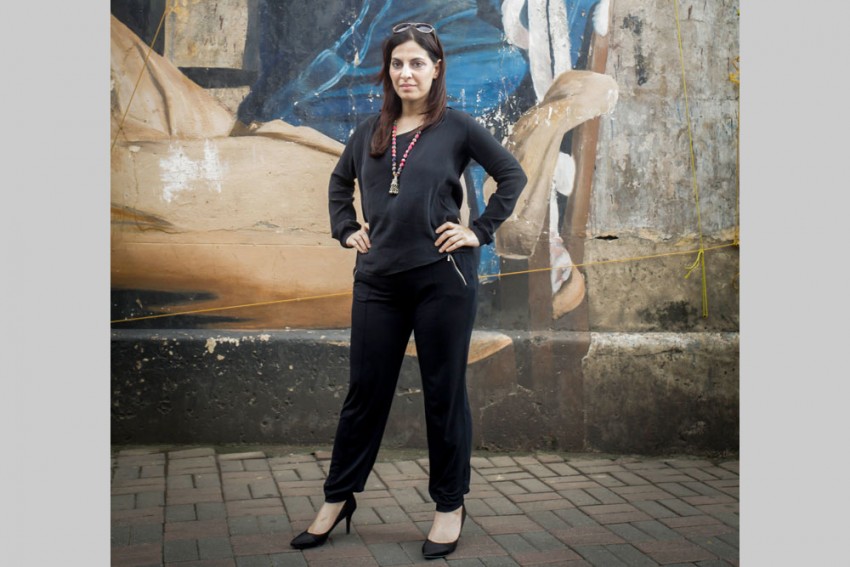 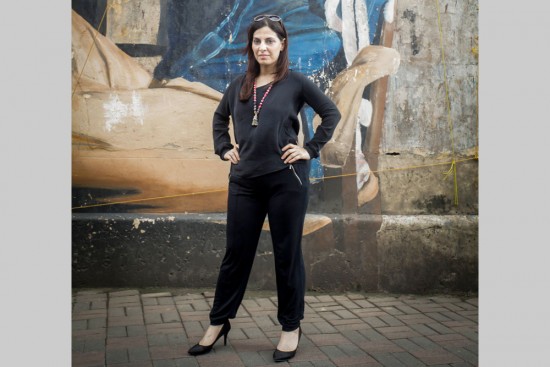 Actor Ayushmann Khurana recalls being pleasantly surprised by the script of Vicky Donor. Not only was it on a taboo subject—sperm donation—but was underlined with quirky wit rather than the crass gags the theme could have provoked. What struck Ayushmann were the wonderful women propping up his character: Dolly, his widowed mother, single-handedly running the household; his grandmother Beeji, who shares an evening drink with his mom and suggests that she get remarried; and, of course, Vicky’s banker love Ashima, who’s much better qualified than him and financially sound. All of them women of strength and depth, and with a sense of humour and zest for life. Not surprisingly, the scriptwriter was a woman, one who goes at the keyboard with a sense of fun: Juhi Chaturvedi.

“A film that would have made India cringe had the country laughing out loud instead,” says Ayushmann, who credits Juhi entirely for turning a cringe-inducer into a clutter-buster.  Sperms—greedy sperm, angry sperm, miserly sperm—became the stuff of family conversation and even the elderly were joking about them. And as if to show that Vicky Donor was no flash in the pan, Juhi has repeated the success this year with Piku, which again treads with style and panache a path unusual for Bollywood. The brand of scatological humour she used even got the squeamish types smiling.

In an industry perennially in search of good writers, Juhi is close to the top of the heap, and on her own terms at that. “Her work shows that she is influenced by her own personal outlook and sensibilities and there is hardly anything she takes from the norms of mainstream Hindi film-writing,” says writer Anjum Rajabali.  So it’s not so much the twists and turns of the plot or the story, it’s the characters that drive her scripts. “In fact, in her scripts, the plot is determined by the foibles, desires and predicaments of the characters,” Rajabali adds. 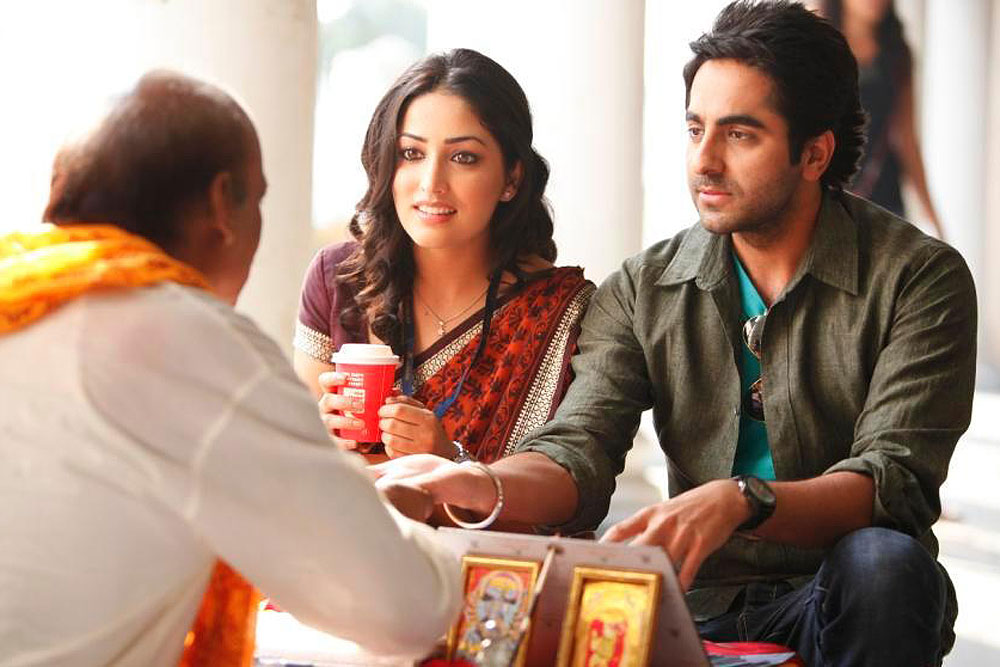 Women up front, in charge Scenes from Vicky Donor

The women stand out in particular, with their ‘feminism’ tacitly stated. They may be wilful alright, but are fuss-free and non-confrontational; everything comes out with a lightness of touch rather than intensity and radicalism. It might seem confused, but it is actually quite clear-eyed. Says actor Irrfan Khan, “There’s a modern outlook towards urban society, a fascinating sense of liberation.”

In Piku, a strong, financially and sexually independent woman, played by Deepika Padukone, is shown taking care of crabby, hypochondriac, possessive, potty-obsessed father rather than walk out on him. “It’s a volatile relationship, but built on care and affection,” says Juhi. The quietness of Piku (Deepika’s character) is not a sign of weakness; behind it is a stubborn spirit that seeks its own private space even in the frenzy around her. Her sense of responsibility for a parent is well-matched with the exasperation she feels. Writer-filmmaker Soumik Sen says, “There’s a sensitivity to the relationship matrix that is very removed from the usual cliches.” He says he found the dynamics of the matriarchal family in Vicky Donor just as crazy, but in a good way. Shoojit Sarcar, who directed both the films, says of the women in Vicky Donor, “These were not just boisterous, cacophonous Punjabi caricatures, but women who had their own mind and theories about life.”

“She’s a good writer because she brings the flavour of life to her work,” says Irrfan, who refuses to slot her by gender.

Perhaps these characters are drawn from the kind of person Juhi herself is. Much against her father’s initial displeasure, this Lucknow girl defied the middle-class norm of joining an engineering or medical college and did a course in fine arts, supporting her education by working as an illustrator at the Lucknow edition of the Times of India. Things changed after her father saw her work, specially after she took an advertising job. “He understood what I was doing and never asked a question again,” she says. Other than the disagreement with him on a career, and his “return home early” rule, liberalism was a given at home. “We were given a good education, asked to speak up, discuss and argue, and had access to great litterateurs like Premchand and Mahadevi Verma,” she says.

Films, though, were never quite in Juhi’s scheme of things. The screen opened with Sarcar, a friend, asking her to write the dialogue for a film called Shoebite, starring Amitabh Bachchan, but yet to be released. She’s also written the dialogue for Madras Cafe and Khoobsurat. Keeping one foot in advertising, she wrote the scripts for Vicky Donor and Piku, and it took time to take the full plunge. “I needed to be very sure,” she says. “There was my internal conflict to deal with: Is this my calling? Do I have it in me? Is it worth giving up a salary and its comfort for?” Piku—and its success, no doubt—proved decisive. “I felt I’d evolved as a writer,” she says. “There was a hunger to write more.” 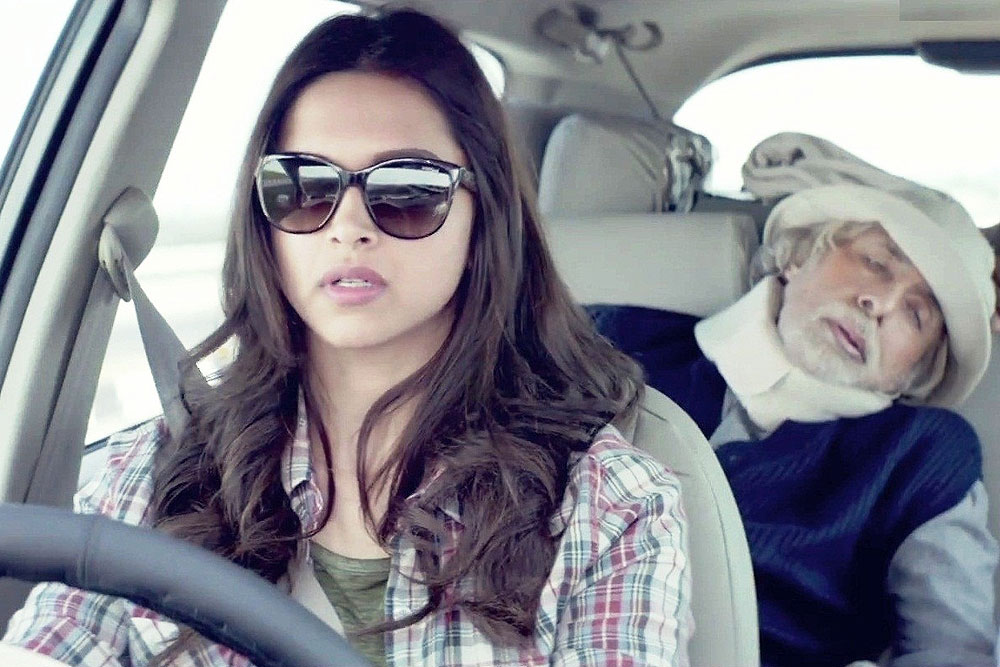 Of her themes and how she handles them, she says she wants to change the gender bias in Indian society by presenting the positive side—by showing women, however few, who have proved themselves winners. “I can show the regressiveness and make everyone feel sorry, but the world is already too dark,” she says. “I’d rather make it a shade lighter.”

It’s not about taking on men, either. Not all men are bad, and not all women are weak—that’s the reality she wants to present. She says getting a ticket ahead of a man by taking a ladies queue feels too small. And it hasn’t ever bothered her whether she earns more or less than her adman husband. This free and easy attitude perhaps gives her the ability to create compelling, empathetic male characters as well, like Rana Chaudhary, the cab company owner who agrees to drive Piku and her crabby father all the way from Delhi to Calcutta in the movie. Irrfan, who plays Rana, says it’s unfair to fix Juhi in a gender slot: “She’s a good writer because she brings the flavour and resonance of life to her writing.”

Sarcar likes how she gets the family ambience bang on, while making the humdrum engaging and the ordinary endearing through humour and empathy. “She brings nuances that come from who she is and what she has experienced,” he says.

Juhi takes it all back to her small-town roots, being exposed to a variety of characters, stories and emotions around her. “Mumbai,” she says, “offers no time for introspection, not even when you are hurt and want to cry. It moves too fast.” But for now Mumbai is her work desk, and two films look set to roll out. Both, hopefully, with some great women, some great laughs.