Wretched Of The Land 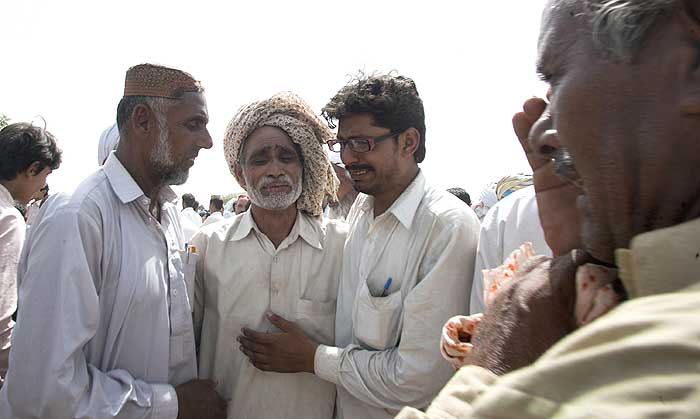 As the international media frenetically reported the simultaneous terror attacks on the two mosques of the Ahmadi community in Lahore, Pakistani journalists countenanced an arrantly absurd situation—they were required to eschew the M-word under law. In their dispatches, as poignant as any, the two Ahmadi mosques became mere “places of worship”. Between the two nomenclatures—mosque and place of worship—lies the gulf separating Muslims from non-Muslims in Pakistan. The wishes of Ahmadis do not matter, their own definition of themselves as Muslim counts for nothing. The Constitution of Pakistan declares them as non-Muslim and proscribes the use of the word mosque to describe their places of worship. The defiant can flout the law at their own peril.

Preceding this lexical imposition are decades of religious persecution and threats of violence that prompted many Ahmadis to conceal their identity. But the attack on the two Ahmadi mosques, Baitul Noor and Darul Zikr, in which nearly a hundred people were killed, could well become the cataclysmic event for Ahmadis. Indeed, 24 hours after the attack, Pakistani TV journalist Wajahat S. Khan wrote on his blog, “I am an Ahmadi, my name is Khan. There are four million of me in Pakistan. This Islamic Republic is the only state in the world which has officially declared me to be a non-Muslim. Why? It’s simple. I am an Ahmadi.”