The juggernaut is subdued, again. Puri will see only a scaled-down rath yatra, with complete Covid protocol. Devotees will be mostly watching on TV. Smaller yatras are off too. 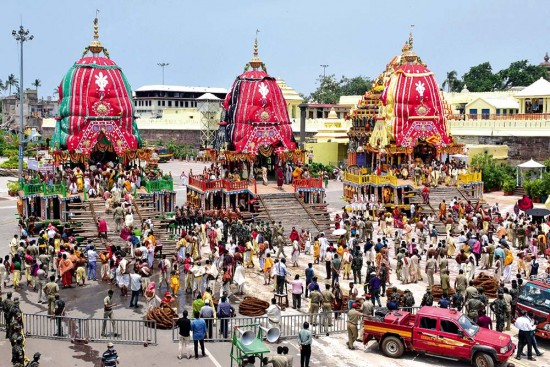 It’s Rath Yatra time, and millions of devotees of Lord Jagannath, the presiding deity of Odisha, should have a lot to celebrate. Instead, the mood is bleak. The state government has announced what the faithful had dreaded all along—the nine-day annual Rath Yatra, the grandest Odiya religious event with its showpiece in the beach town of Puri, will be an abbreviated event like last year because of Covid. The 2020 shock hadn’t quite ­dissipated when the fresh blow came.

Special relief commissioner Pradeep Jena said the Rath Yatra, beginning July 12, would follow restrictions ­imposed by the Supreme Court last year. It means the festival is scaled down and devotees won’t be allowed to pull the raths or chariots—a ritual that attracts maximum attention, ­enthusiasm and, of course, devotion. The privilege in these Covid-regulated times rests on a limited number of ­servitors, policemen and temple ­officials. And that’s not all: the chariot-­pullers must have negative Covid (RT-PCR) test report or certificates of having taken both doses of the vaccine. Devotee participation is restricted to watching the event on TV.