For all its positives, the budget doesn't look far and wide 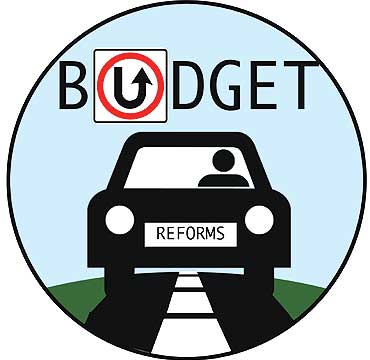 outlookindia.com
-0001-11-30T00:00:00+0553
Since 1991, we have come to expect a vision of the economy’s future in the budget speech. This did not happen on July 6, 2009. The day before, the Economic Survey had raised hopes of real reform but those hopes were dashed. Pranab Mukherjee spoke like an accountant, not a statesman, and the stockmarket fell by almost a thousand points. The new government lost an important opportunity to spell out the economic programme on its mind and win over domestic and foreign investors.

Ultimately, the nation needs private investment to pull us out of this economic downturn. Because of the failure to articulate the long term, investors worry that the big spending stimulus of this government is here to stay and will crowd out private investment. A large deficit is understandable in these times of recession, but we needed a commitment to return to fiscal responsibility once normal times return. Deficit spending on this scale risks a re-rating of the country, which would mean a higher cost of money, higher inflation and bad consequences for the Indian rupee.

Nevertheless, the budget has many positives. In the bad old socialist days, FMs would have raised tax rates to cover fiscal deficits. Indeed, many countries affected by the economic downturn have increased tax rates. But this time, our FM actually decreased tax rates for individuals and held them for companies. This is the strongest indicator that Pranab has changed and believes in growth. He also showed guts in scrapping the ugly Fringe Benefits Tax. The major negative was the raising of the Minimum Alternative Tax for companies, for it will hurt our fastest growing companies and those in infrastructure.

The best thing about the budget is a recommitment to a dual Goods & Services Tax (GST) from April 2010. This is a wonderful idea, one that has been championed for years by Vijay Kelkar. Anyone who sells a product in India lives through a nightmare of excise, state and central sales taxes; entry, turnover, and service taxes; and the terrible octroi, which keeps trucks waiting for hours at checkpoints. GST will integrate all these indirect taxes into one flat tax. There’s more work needed, but the FM’s recommitment to GST will now galvanise the Centre and states to move towards the most important tax reform in India’s history.

Another positive feature of Pranab’s speech was his commitment to changing the attitude of tax collectors. P. Chidambaram, in his well-intentioned zeal for tax collection, had let loose the tax departments on taxpayers and this had created fear and loss of some of the goodwill created during Jaswant Singh’s time. Pranab wants tax collectors to be "honeybees collecting nectar from the flowers without disturbing them, but spreading their pollen so that all flowers can thrive and bear fruit." This is the right attitude. Despite many honest and hard-working officers in income tax, customs and excise, these departments continue to give India a bad name. In successive surveys, foreign investors cite them as the reason why India is not a good place to do business.

The Congress was re-elected on the promise of economic populism. On July 6, the government delivered on that promise. This is bad news for India because populism is a temporary palliative and does not lead to long-term prosperity of the poor; it is also something our country cannot afford. The nation waited to hear about the reforms that would create precisely those enabling conditions for the poor to pull themselves up. India’s taxpayers are not against a safety net for the poorest, but they want the benefits to reach the poor. When the FM announced handouts in the thousands of crores, it was his duty to reassure us that the money would not be lost to corruption. We waited in vain to hear what government was doing to improve delivery. Without the overhang of the Left, there is no excuse for the UPA taking the country backward. If it persists in this, it will lose the goodwill of so many who voted for it.

(The writer is the author of a forthcoming book, The Difficulty of Being Good: On the Subtle Art of Dharma, which interrogates the Mahabharata in order to find the answer to ‘why be good?’)