Kidambi Srikanth in an exclusive interview to Outlook on winning individual silver at the Commonwealth Games, and tougher challenges ahead this year. 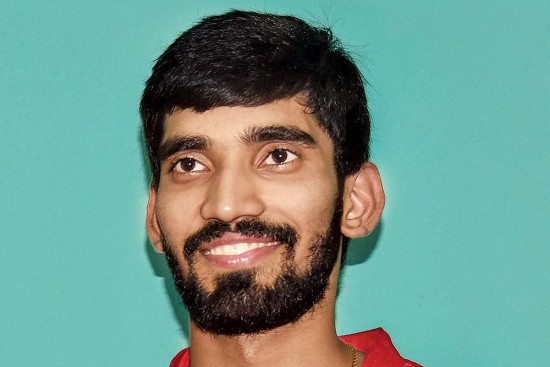 Srikanth Nammalwar Kidambi etched his name in badminton record books by becoming only the second Indian to become men’s world No.1, after the legendary Prakash Padukone achieved the distinction in 1980 with his historic All-England triumph. And in the women’s category, Saina Nehwal had become world No.1 in April 2015.

The Hyderabad-based Srikanth attained the peak after beating the then No.6, Lee Chong Wei of Malaysia, in a singles match of the mixed team event that helped India win gold medal at the just-concluded Commonwealth Games in Gold Coast, Australia.

Srikanth, 25, again met Chong Wei, in the individual men’s singles final, but this time the Malaysian, 10 years older than him, exacted sweet revenge. The consolation for Srikanth was that the silver was his maiden CWG medal. Srikanth, who was No.2 going into the Commonwealth Games, says his aim is not to chase rankings and that putting up good performances has always been his priority.

This year, Srikanth has some crucial back-to-back...