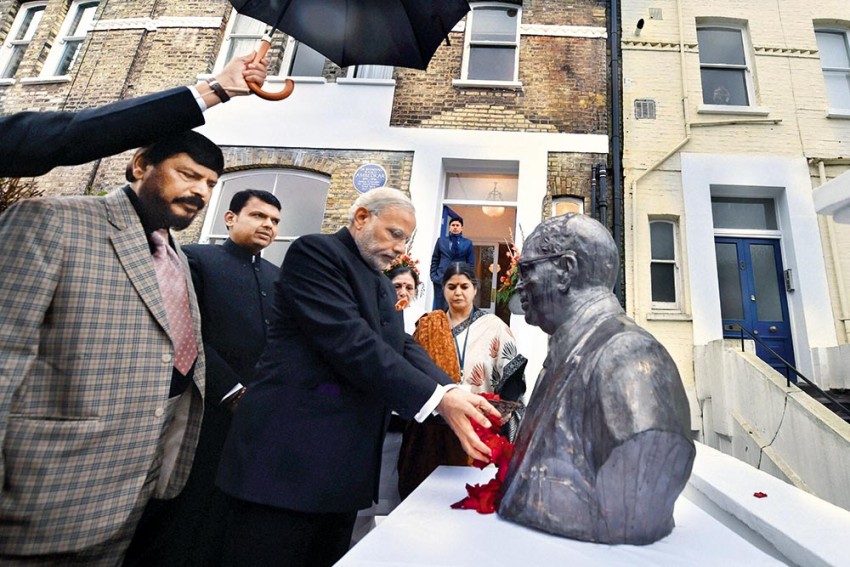 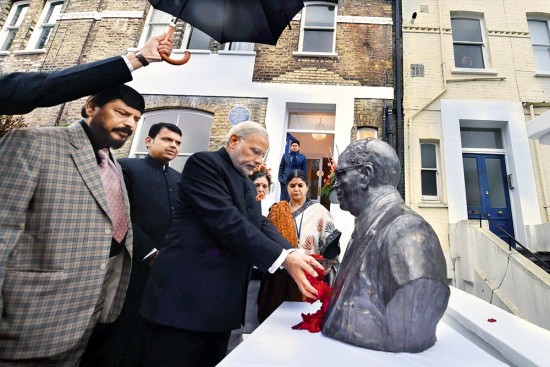 A £3 million property bought by India some years back in a posh London corner to convert the building into a memorial for India’s iconic social justice crusader, Babasaheb Bhimrao Ramji Ambedkar, is now in serious jeopardy. Following complaints of alleged violation of building guidelines by some local residents, a hearing now awaits at the Camden Council that would decide the fate of the memorial.

The picturesque neighbourhood of Primrose Hill in upscale Camden in north London has been a favoured residential address for a string of celebrities, from chef Jamie Oliver to Holl­­y­­wood A-listers Gwyneth Paltrow and Daniel Craig. In the past, too, it attracted well-known personages, from political philosopher Friedrich Engels and historian A.J.P. Taylor to poets Sylvia Plath and W.B. Yeats. Nearly 100 years back, it was also home to one of India’s most venerated social reformer and its tallest Dalit icon—Babasaheb Ambedkar.

Ambedkar lived in the house between 1921-22 when he was doing his DSc at the London School of Economics and appearing for his bar exam at Gray’s Inn.

Ambedkarites who live in the United Kingdom came to know that the building was up for sale and sought the government’s intervention to acquire the property. The Indian High Commission in London on behalf of the Maharashtra government purchased it in 2015.

Later that year,  on a rainy November morning, Prime Minister Narendra Modi, who was in the UK on a three-day bilateral visit, visited Primrose Hill  and amidst slogans of “Jai Bhim”  from a motley crowd of enthusiasts and in the presence of Maharashtra chief minister Devendra Fadnavis, inaugurated the memorial. It was announced that Ambedkar House, as the building was known, will serve as a memorial for the chief architect of India’s Constitution.

Expectedly, in subsequent months, the building started attracting a number of followers of Ambedkar from the UK and other parts of the world; for many, it took on the aura of a pilgrimage. However, discordant notes were struck by residents of the area soon.

Though many did not find anything amiss, some residents complained that their peace was being disturbed by “coach loads” of people who came to visit Ambedkar House “day and night”.

In January 2018, Ambedkar House was reported for a planning breach to the Camden Council. In February, India filed an application to convert the building into a memorial. The plea was rejected in October 2018. Though the museum was “free to visit” it was deemed as a breach of “residential space”.

The Indian High Commission in London said, “The house holds a special significance for a huge section of Indians in the UK and outside…”, adding that English Heritage recognised its importance by installing a blue plaque on the outside of the property in acknowledgement of Dr B.R. Ambedkar as “the Indian crusader for social justice”.

But the Camden Council, rejecting India’s application, noted in its report that the four-storey property does not have permission to be used as a mus­eum and must be returned to residential use.

According to agency reports, the council felt that in terms of balancing the loss of residential floor space against cultural benefits, there is nothing to suggest that an alternative site could not be found, as Babasaheb Ambedkar lived there for a comparatively short time. Though it agreed that a provision for a museum would be within its planning policy, it was being refused because that would cause “a loss of residential floor space”.

India has engaged Singhania and Co solicitors to appeal against the decision before an independent planning inq­uiry panel. The final hearing is due for September 24.

But, coming at a time when the Indian High Commission in London is facing noisy demonstrations outside its building at regular intervals from Pakistani groups over the Kashmir issue, it is imperative that it wins its appeal to convert Ambedkar House into a memorial to keep alive the memory of one of the great Indian “founding fathers”.

As Drivers Biff, Pull The Chain