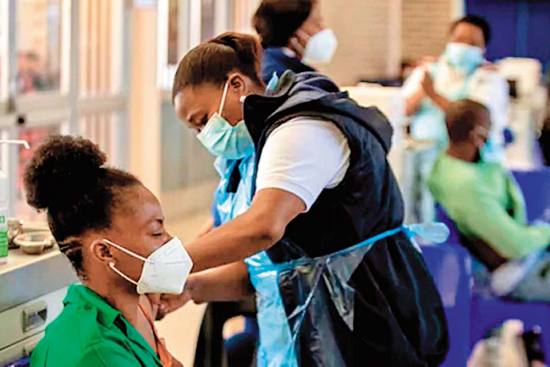 Last week, the G7 summit at Carbis Bay in Cornwall dominated headlines as world leaders pledged 1 billion COVID-19 vaccine doses to less-wealthy countries. While the rich countries revel at their charitable gesture, hoping it would stave off accusations of hoarding vaccines for their own populations, the WHO and the UN found it inadequate as 11 billion doses are needed to vaccinate at least 70 per cent of the world’s population by mid-2022. Acc­o­rding to latest figures, while 86 per cent of the doses have been administered in high- and upper-middle-income countries, low-income countries have received only 0.3 per cent so far. Most rich nations are inching towards fully vaccinating at least half of their populations, but vaccination campaigns are yet to take off in some poor countries. The disparity is further exposed in the case of African countries, which have recorded the slowest vaccination rate.

Meanwhile, the demand of less-wealthy countries for a temporary waiver of patent rights to produce ­vaccines is yet to be accepted. Though the US and a few other countries ­supported the proposal mooted by India and South Africa to lift patent protections for Covid vaccines, stiff resistance from big pharma companies continues to be a stumbling block.