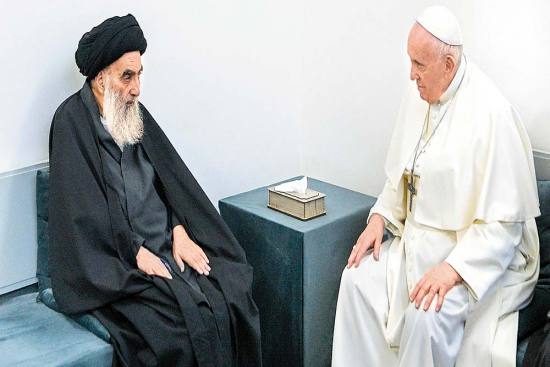 IRAQ Pope Francis made a whirlwind tour of Iraq, the first by a pope, and urged Iraqis to embrace diversity—from Najaf, where he held a historic meeting with powerful Shia cleric Ayatollah Ali al-Sistani, to Nineveh, where he met Christian victims of the Islamic State group’s terror and fight for survival.