Yoga saved her. Nouf Marwaai repays the debt by spreading it at home in Saudi Arabia. 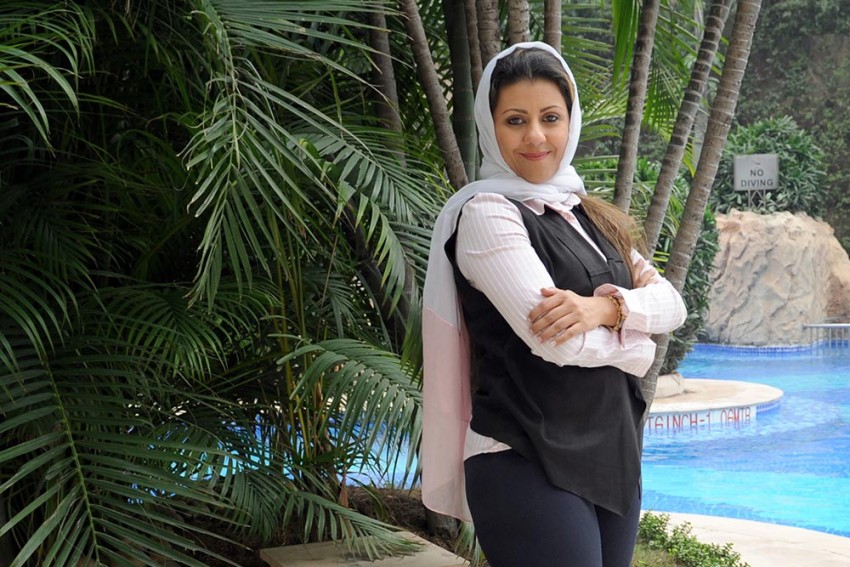 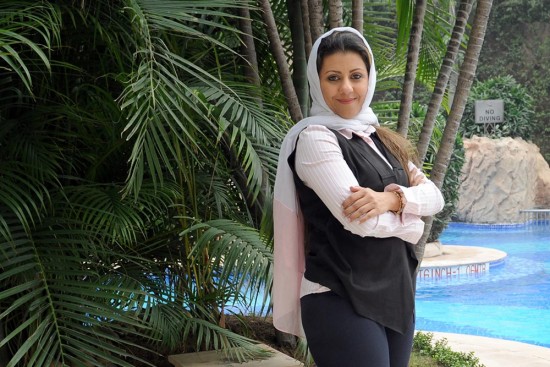 If you thought all women of Saudi Arabia led closeted, and cosseted, lives, with little agency to better their condition and bound to convention, a conversation with Nouf Marwaai, 38, would enlighten you about the modern Saudi woman.

Detected with the severe auto-imm­une disease lupus when she was 18, Marwaai turned to yoga in her darkest days. The results drastically improved her health and changed her life. In turn, yoga claimed her as a champion of the ancient Indian practice—she is now a qualified teacher.

Says Marwaai, “Though I was born with lupus, it was diagnosed much later. I used to be underweight and had symptoms like severe fatigue, joint swelling, fever and was unable to eat most things…even milk, so my mother couldn’t breastfeed me.”

Marwaai’s father got exposed to yoga on a visit to Japan. Once he brought home a book on Iyengar Yoga. “I was fascinated by it….,” she says. The desperation to learn yoga came when she had to discontinue school because of bad health. “I used to flip through pages of yoga books. Looking at images of asanas, there was a burning desire in me to stretch my body the way it was shown,” adds Marwaai. “I was just practising yoga as a hobby, but since I started studying clinical psychology, it helped me understand yoga better and connect with my inner self.”

Then, disaster struck. Due to a wrong antibio­tic, Marwaai’s body went into septic shock. Her body got bloated and infected. That was not all. She says, “Lupus is not a pregna­ncy-friendly disease and my kidneys were again att­a­cked.” Then, she visited Kerala to meet an ayu­r­vedic doctor. For some time, Kerala bec­ame Marwaai’s only holiday destination. Today, she comes to India to study, for her treatment and to explore yoga and Ayurveda. “Looking at my health, I can call myself one of the happiest lupus patients in the world.”

The positive energy that yoga infused in Marwaai’s life spread through her family. “My sister studied yoga with me. My mother also practised yoga and used to attend my classes. My dad has been extremely supportive in my journey with yoga, because he understands the value of sports and fitness.”

The forms of yoga Marwaai practises are Hatha Yoga, traditional yoga and Iyengar yoga. “I also do Ashtanga Vinyasa Yoga and love its yogic flow. I trained in Kerala, Rishikesh and in Aurobindo Ashram. I met Swamy Veda Bharati and was impressed by his knowledge about Islam and his respect for Islamic principles,” says Marwaai.

This indefatigable apostle of yoga who now trains 10,000 people says Saudi youngsters are interested in it. The best thing about yoga, she feels, is its utter flexibility, the fact that one can practise it at any age. “Schools are also adopting yoga for kids since it is great for concentration. We have both men and women who have taken up yoga as a full-time profession. It is a very popular activity and people use it as a sport in Saudi Arabia now,” says Marwaai.

While pointing out her love for Indian music, shared culture and similar family values between India and Saudi Arabia, the yogini feels that women in Saudi Arabia are portrayed in a stereotypical way. “We always had freedom in business, freedom in decision making and freedom of education. I have worked in Saudi media for 20 years, propagating yoga and its benefits. I was never stopped or questioned. A lot of women friends hold high positions. We are not stopped from travelling abroad and representing our country.”

King Abdullah also did a lot for women, says Marwaai, when he came to power in 2006 and Mohammad Bin Salman is a great supporter of youth and does a lot for women’s empowerment. No wonder, the youth in Saudi Arabia admire the Crown Prince. She exp­lains, “Our government also believes in beti bachao and beti padhao and our Crown Prince adds a tot­ally different dimension to that by emp­owering women and opening new poss­ibilities for us.”