Piri Piri In The Curry 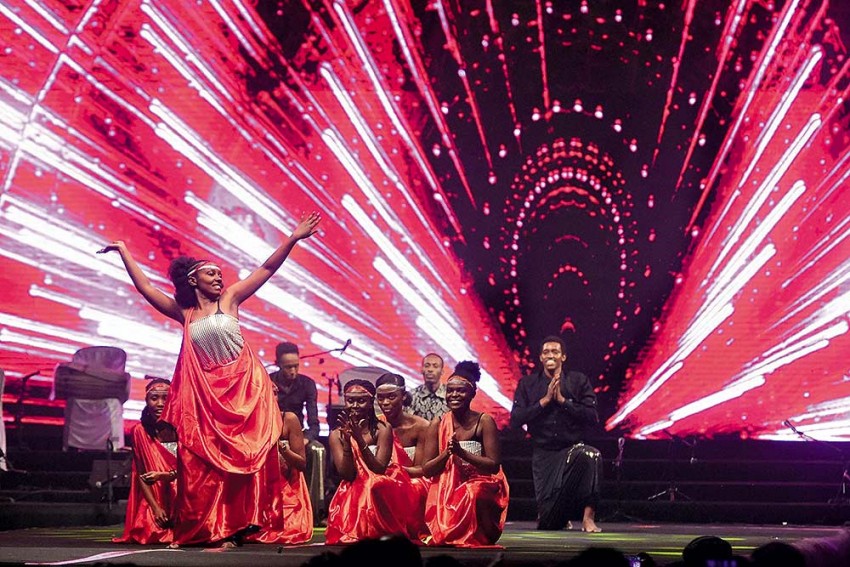 Ever Closer
Performers from Rwanda perform on the occasion of Africa Day at the Vibrant Gujarat summit
Photograph by PTI
Pranay Sharma January 24, 2019 00:00 IST Piri Piri In The Curry 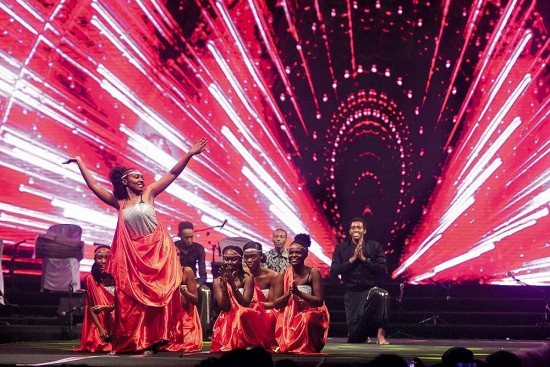 For most Indians, Africa is a collection of vaguely cognised snapshots of knowledge and imagery: Mahatma Gandhi’s Phoenix farm in Durban, Idi Amin and the exodus of Indian-origin people from Uganda, the famine-stricken children of Ethiopia, Som­alian pirates or Nelson Mandela’s victorious walk out of a South African prison. These are superimposed on a more enduring collage of the continent’s breathtaking landscapes (the awesome Sahara in the north, the densest of forests in Central Africa, the grasslands of the east) and natural life. Overlaid on this ‘land of adventure’ are caricaturised, comic-strip images from, say, Phantom or Tarzan. All of these conjured up a patchwork, definitive picture of Africa.

This mix of knowledge and imagery are almost a century old, implanted at a time when both India and Africa were very different, actually as well as how they were perceived by the world at large—both being burdened by a set of exoticising tropes.

Those clichés have comprehensively disintegrated, for both Africa and India have changed immeasurably. India, buoyed by an aspirational middle class, has global heft as the world’s fifth largest economy in terms of purchasing power and as a most attractive investment destination. Though Africa has similarly changed and houses five of the world’s fastest growing economies, many Indians are stuck with the idea of it being a single entity, a uniformly dark monochrome, not as a diverse, 54-nat­ion rainbow continent. 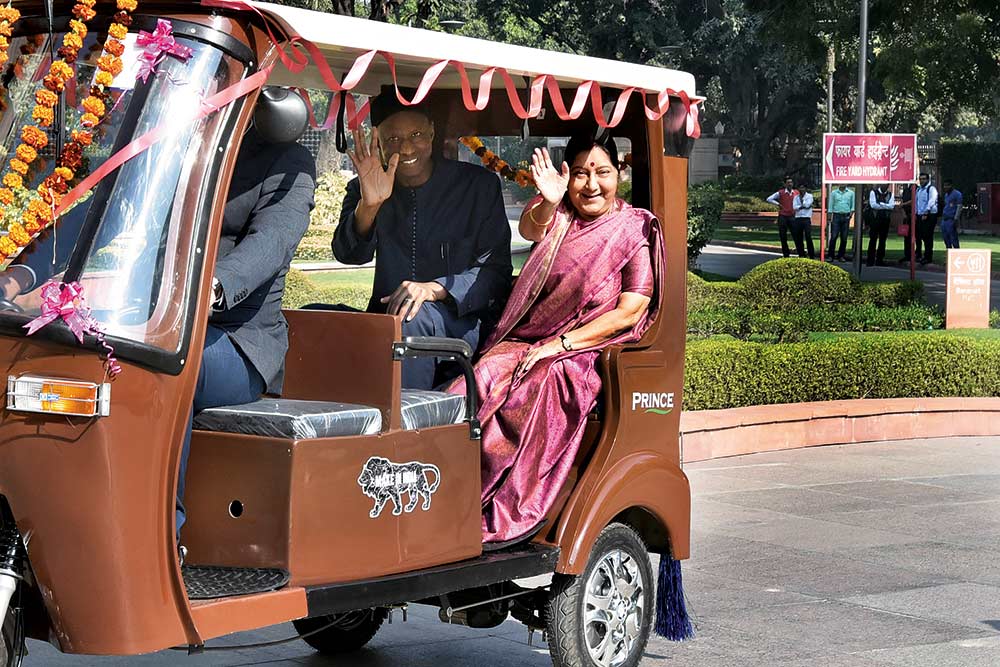 There is a new recognition of its importance on the global map now, centering around a few exigent facts: Africa is the world’s second largest and second most populous continent; it is not only resou­rce-rich, with an abundance of almost all minerals, but many African countries have large deposits of oil and gas too;  it is reaping a demographic dividend for, unlike rich but ageing countries, Africa has the world’s youngest generation, with a median age below 19.7 years, as against a global average of 30.4 years.

Fortunately, among the Indian political leadership and at the government level, perceptions of Africa have begun to cha­nge drastically. Much of this began a decade-and-a-half back but, in the past four years or so, India’s African engagement has become more intense. At the president, vice president and prime minister level, there have been 29 visits to Africa in the past four years. If visits by the foreign minister and other ministers are counted the number easily exceeds 50 in the same period. Importantly, such visits have been two-way, with several high-level visits to India from African countries. Morover, India plans to open 18 more diplomatic missions in Africa ( the first of those was opened last year in Rwanda) that will bring up the total number of Indian embassies to 47 and allow it to deepen its engagement across the continent and with most of the 54 nations.

India declared that Africa will get priority in foreign and economic policy guided by African interests.

Africa has now emerged as an important trade and investment partner for India, with bilateral trade at $62.66 billion for 2017-18 indicating an inc­rease of nearly 22 per cent from the figures of the previous year. Moreover, India is the fifth largest investor in Africa, with a cumulative investment of over $54 billion.

In 2015, India hosted the Africa Summit, in which leaders from all  countries participated. But though the second edition of this will be held only in 2020, in the intervening period a number of programmes and events are being organised by New Delhi to ensure the momentum in its African engagement is maintained.

January 2019 perhaps exemplifies the latest edition of India-Africa relations best. Not only was a special ‘Africa Day’ organised last week at the Gujarat Global Summit, where many African ministers and captains of industries participated, India is also hosting foreign ministers of the 22-member Arab League, 10 of whom are from Africa. In addition, South African President Cyril Ramaphosa is the chief guest at this year’s Republic Day celebrations, an honour being given to an African leader after 17 years, clearly indicating the rapidly growing ties between India and the continent.

“Strong India-Africa relations will go a long way in redefining the contours of the international order on more egalitarian lines,” foreign minister Sushma Swaraj told leaders at the Gujarat gathering. She added, “We should not expect anything less from this shining example of South-South cooperation.”

Resource-rich Africa has attracted foreign powers for centuries. In the 19th century, European colonisers—plunder on their minds, as ever—played out a mad scrimmage for the riches of Africa until in 1884-85, after the Berlin Conference, they agreed to split up the spoils and divide the continent to dem­arcate their respective areas of influence. The post-WWII period saw large number of African countries gaining independence from the colonial yoke, but the ensuing Cold War divided the nations again in rival camps of the United States and Soviet Union. Though many big powers maintained their inf­luence in the continent through the subsequent years when ethnic and religious conflicts tore a bloody path through a number of African nations, big investments were put on hold due to the violence and political instability. It was from 2000 onwards that Africa again started attracting global majors in a big way. The US and Russia—both of which had maintained some influence in the continent—were joined by newer players, most significantly China, whose rising footprint is today felt all over Africa. 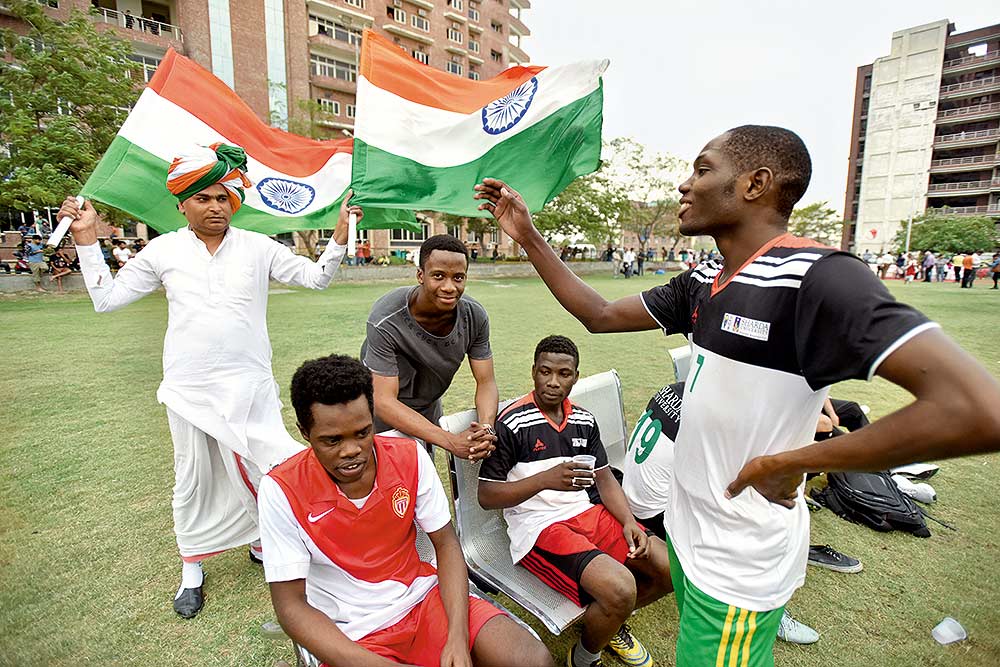 Photograph by Getty Images
A total of 189 projects in 42 African nations are going on under Indian lines of credit, changing millions of lives.

However, India’s increased engagement with Africa has to be put in its proper perspective. India had always shared a special bond with the people of Africa and had supported the process of decolonisation and the fight against apartheid, say MEA officials. Yet many observers see India’s enhanced engagement stemming from its competitor China’s rapidly growing influence. To many independent Africa-watchers, this sounds too obvious an explanation. There is no denying that China’s significant presence and investment in Africa has caught international attention, including that of policy planners in South Block. But there are a number of other compelling factors that has brought India to Africa.

As an energy-hungry country, India is constantly looking for new sources to ensure uninterrupted supply of oil and gas to further fuel its growth. Much of this now comes from West Asia, but there are several African nations with large deposits of oil and gas too. For india, they provide a viable option.

This apart, the African bloc, with 54 nations, is one of the biggest entities in the United Nations and at other international fora. Both India and Africa seek the UN Security Council and other world bodies to reflect the change in global realities by accommodating new players, not to maintain the status quo with a heavily West-dominated membership in key international bodies. A recent show of support from the African nations for India’s candidate for the International Court of Justice has enthused the two sides further, as a harbinger of future cooperation.

Africa, with its rich base of resources, is not only a destination from where India can source minerals but it also presents itself as a lucrative, growing and massive market for Indian businessmen and entreprenuers. In addition, the eastern coast of Africa along the Indian Ocean is vital for India, as its houses important sea lanes through which much of the global, and Indian, goods and res­ources pass. Keeping these sea lanes secure for Indian vessels makes it essential for India to keep reliably strong relations with African countries, especially the littoral nations in the Indian Ocean.

But what does India offer to African countries that many other nations who are also vying for space in the African market cannot?

According to S. Kuppuswamy, advisor, finance and special projects of Shapoorji Pallonji Group, which is executing some major projects in Africa, the fourth and fifth generations of Indian traders and entrepreneurs who had gone and settled in East Africa since the 19th century have continued to maintain trade and family links in Africa, though many of them have since moved further on to Europe and Canada. The skills of many of these entrepreneurs, along with India’s own economic might, have grown in the past three decades, especially since the revolution in information technology. Riding their obvious strength in IT, pharmaceuticals etc, Indian companies have made bold forays in several parts of Africa.

“Developments in the telecom sector have created several Indian powers who have found their way to the African market,” says Kuppuswamy. In addition, Indian manufacturers of world-class agr­iculture and irrigation equipment have aroused Africa’s interest. “India’s affordable, world-class healthcare services have also been drawn towards the felt needs of the African market. To top it all, Indian companies’ advances in construction and infrastructure sectors have created a viable alternative for the infrastructure-hungry, mineral-rich African continent. These developments have led to significant Indian investments, catalysed in no mean measure by financing options offered by the Indian government and Exim Bank,” Kuppuswamy adds.

Today, a total of 189 projects in 42 African countries worth $11.4 billion that were being implemented under Indian lines of credit, which have had a positive impact in many African countries and are positively changing the lives of their people. But then, with its millennia-old civilisational ties with African countries, India differs from China in its dealings with Africa in a crucial manner.

“We view our substantive engagement with the African countries through the prism of our own experience. When we became independent, we found that external assistance came with conditionality, both overt and covert, with prescriptions that would have constricted our sovereignty and independence,” Swaraj said last week.

“As Africa pursues Africa-owned and Africa-led development, we are determined to anchor our partnership on the principles of equality, mutual respect and mutual benefit.”

Quoting what Prime Minister Nar­endra Modi said during a visit to the continent last year, Swaraj pointed out that Africa will get top priority in India’s foreign and economic policy, which would be guided by African priorities.

She said India’s engagement with Africa was based on terms that will “liberate African potential and not constrain African future”.

The Indian business sector also seconds the governm­ent’s policy, as Kuppu­swamy points out how all major nat­ions have been looking at Africa as a significant investm­ent destination. Some of them enjoy old colonial ties with African nations;  some as new economic powers have the advantage of limitless fin­ancial resources. “As aga­inst this, the Indian alternative offers appropriate, ada­­ptable and affordable tec­­h­­­­nologies and a natural inclination to transfer knowhow and create capacity. This would make India (which has, by and large, chosen the route of south-south cooperation at the Government level) a more natural and preferred partner,” he adds.

With the signing of the Continental Free Trade Agreement in Africa, where a majority of the 54 nations have signed the document, the potential for Africa as a major economic partner is tremendous. But for all the pieces to fall in place to create a seamless mosaic of smooth opportunity—one that will fully allow African potentials to be realised—may take some years. If India maintains its current interest on the continent, it could well find itself in the middle of a big bang of unleashed economic energy when a new cooperation among all African nations takes shape. But, if under a new dispensation in New Delhi, Africa slips back on the priority list, India, despite this early surge in interest, may yet find itself in the future as one among many nations hungrily vying for Africa’s attention.

The Idea Of ‘Indian Food’ Has Always Been A Khichdi