‘Our Ties With Africa Are Far Deeper Than What China Has’ 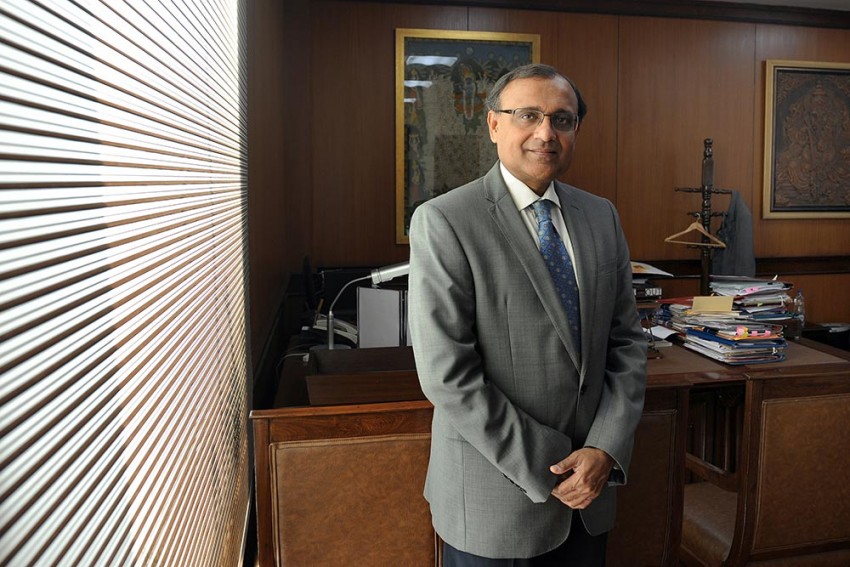 Photograph by Jitender Gupta
Pranay Sharma January 23, 2019 00:00 IST ‘Our Ties With Africa Are Far Deeper Than What China Has’ 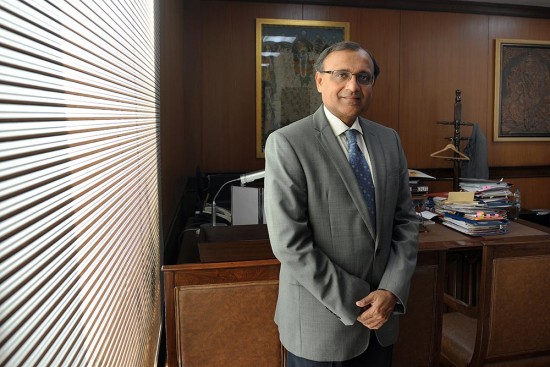 As Secretary (Economic Relations) in the Ministry of External Affairs, T.S. Tirumurti is entrusted with implementing India’s policy on Africa and on development partnership. With an enhanced engagement between New Delhi and the continent in the past four years, he talks to Pranay Sharma on India’s growing relations with Africa, how India’s Africa policy differs from China’s, how the country is becoming Africa’s partner of choice in its growth and how India’s imp­lementation of projects has become more effective. Excerpts:

How do you describe India’s relations with Africa?

They are at an all-time high. The depth of our relations covers almost every sector. We have had 29 visits at the highest political level of president, vice president and prime minister to the continent in the past four years. We also have had several ministerial visits in both directions—this is unprecedented.

Why do we have so many visits to Africa all of a sudden?

This government has placed high priority on links with Africa. Our outreach was highlighted during the India-African summit when the government pledged a $10 billion line of credit in addition to $600 million as grant, as well as thousands of slots for training and capacity building. Using this as a fulcrum, we expanded our reach, not only in the economic side, but in a range of other areas as well. In security and defence, we have always had close ties with African countries. This is an imp­ortant component. The other component is capacity building, in which we are second to none with the kind of training, education, ITEC scholarship and special scholarships we offer to Africa. Socio-cultural links have rem­ained strong. All these have expanded ties and made a huge impact.

We had traditional links with Africa, but our relations did not really take off. Why?

Right now we have the critical mass. We are engaging Africa vigorously. In education, for years we had been partnering them. When the Ethiopian foreign minister visited India some months back for the joint commission meeting, the first phone call he made was to his schoolteacher in Chennai who had ret­ired and gone back. This relationship is something beyond words. Our longstanding security coo­peration, especially in peacekeeping, our trade links, capacity building, education and training, offering lines of credit, etc. were there before. Now everything has come together.

Were these teachers sent by the government to Africa?

Not all. Many went on their own and taught African students. Many students also came to India. While we give scholarship to many African students, many more are coming here and paying for their education. This is a clear recognition of India as a knowledge provider for Africa; we truly welcome that.

What is India seeking in Africa?

We started our outreach in Africa with a sense of history—here was the continent where Mahatma Gandhi lived for 21 years. We had a strong emotional bond of fighting colonialism and Apartheid. Many African leaders were inspired by Gandhiji and the Indian ind­ependence struggle, as they themselves fought the colonial yoke. So we seek, firstly, to consolidate our friendship and solidarity. We seek to convert this to a comprehensive strategic partnership where we can be a partner in their growth.

What kind of a partnership are we talking about at the global level?

Both Africa and India desire a reform of the UN Security Council and we have strong mutuality of interest for a presence among the permanent members. We support each other in numerous multilateral and international organisations and India is truly sensitive to the African voice. We were greatly heartened during the elections for International Court of Justice, when Africa stood by us.

But what’s in it for India in Africa?

A lot. Of the top 10 fastest growing economies in the world, at least five are African. Not just that, they now have a Continental Free Trade Agreement in place. It’s a historic step. They are looking at an African-owned and African-led process in their Vision 2063. India is already there, not only as a friend but also as a partner. So when Africa starts implementing many of their policies, India will hopefully be a strong partner.

India will open 18 new diplomatic missions in Africa, taking the number of Indian mission in the continent to 47. Is there a criterion of choosing these missions?

In early 2000s, under the Atal Behari Vajpayee government, we had started ‘Team 9’. It consisted of India and eight West African countries. We felt we had reached out to East and South Africa, but it was equally important for us to focus on West Africa. So when we exp­and we want to make sure we cover all of Africa. It’s also important to enhance engagement with countries that in the past decade or more have come into greater prominence and where our outreach is not adequate.

Many observers see India’s enhanced engagement in Africa as something stemming from its competition with China. Is that correct?

“In capacity building, we’re second to none with the kind of training, education, scholarships we offer to Africa.”

We don’t see our relation with another country through the prism of China. The depth of our ties with Africa is far deeper and stronger than they have with China. Instead of looking at it purely in monetary terms, if we go bey­ond and look at the depth of our relations, especially in defence and peacekeeping, in capacity building, and at the emotional connect we have in Africa, we are quite unique. That exp­lains why India is the preferred partner of other countries that want to go into Africa. Our ties in the continent is independent and different from China’s.

What does India offer that China can’t?

India’s unique selling point is very different. The line of credit we offer is very different from others. When we offer credit we make sure we respect their sovereignty and offer them terms they are comfortable with. When we offer assistance, it fits with their national priorities. It is on the basis of solidarity and not something thrust on them. The terms of our lines of credit are probably the best. Further, we use local human resources.

Could you explain what this means?

In total, we have given over $26 billion lines of credit that are in various stages of implementation. In Africa alone, this is over $11 billion. But if you look at the $26 billion Lines of Credit and look at the extent of default, it is just about US $40 million. This is almost nothing. And we are making it easier for the countries to pay us and not default. 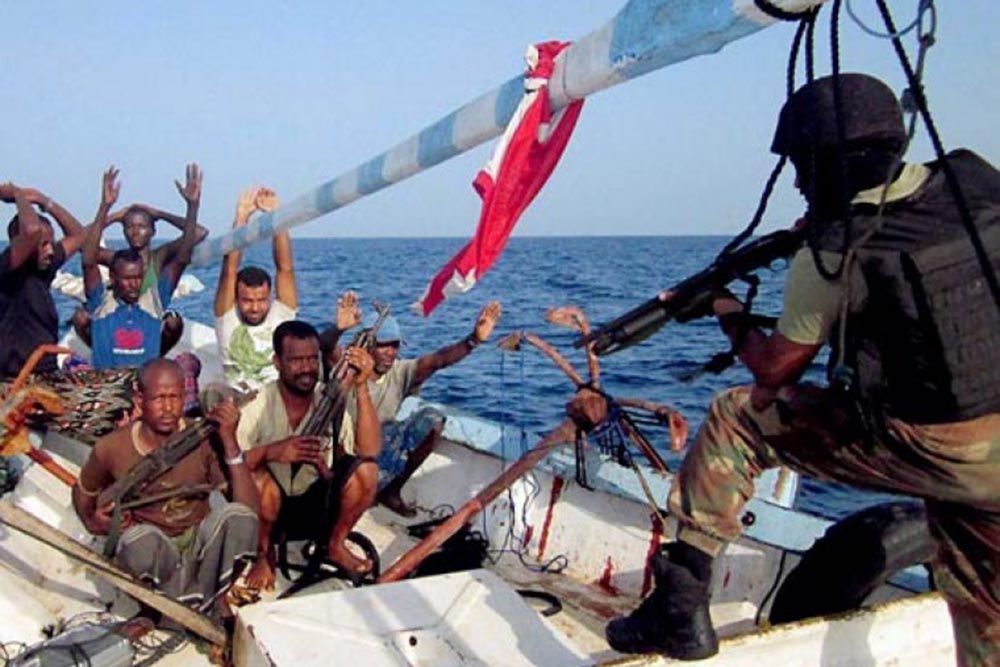 Many times credits offered by rich countries are such that poor countries are unable to repay and often get into a debt trap. How does India avoid them?

“After consolidating our friendship with Africa, we further ties in defence and peace-keeping, education, trade links, offering LoCs.”

When our PM spoke in the Ugandan parliament last year, he outlined 10 guiding principles. He stressed our ass­istance to Africa was to liberate their potential, not to constrain their future. This is precisely our approach to Africa. We make it easier for them to repay. Our assistance is also non-intrusive. We make sure we address their sensitivities. Further, our model is different. We try to use as much local resources as practicable and ensure that the local community benefits from it by way of employment, capacity building etc. So by the time we finish the project they are already integrated into it.

Can you cite a few examples?

Some of the water projects or sanitation and drinking water projects could be cited. Tanzania had taken a line of credit of $168 million on water projects. They were so happy with the progress that they requested $178 million more in the same sector. While that project goes on, three months back they asked for $500 million more to cover large parts of rural Tanzania under this project. Seeing the difference these projects have been making to the lives of people in Tanzania, Malawi wants help in a similar project across their country. So these are genuinely impacting people and making a difference.

What about health. We believe India is also interested in expanding cooperation in that sector?

“Five African nations are among the ten fastest growing world economies. When Africa grows, India will be a strong partner.”

There are large number of people from Africa who come to India to be treated. We are also trying to work on tele-medicine and tele-health by launching the e-Vidya Bharati and Arogya Bharati ini­tiative. This is a pan-African project in which India will select reputed institutions of learning in each of the African countries and link them with reputed Indian institutions of learning. Similarly, we will select reputed hospitals and health centres and link them up with reputed doctors and institutes in India. This will be a huge outreach. Indian pharmaceuticals have a huge market in Africa. Africans are also being trained here in the health sector under IAFS 3.

The Indian private sector also has a large footprint in Africa. How does the government work with them?

Since 2015, we have revamped the procedure for awarding projects under our lines of credit by putting in place a transparent system to select vendors and companies to take up projects. Under this, the private sector can bid along with the public sector and we also have an empanelment process. Whoever wins the tender is selected. Our private sectors have gone there in huge numbers. India-Africa trade has increased by 22 per cent just in the last year and is now over $62 billion. Our investment in Africa is now nearly $55 billion, mainly from the private sector.

But there is also a gap in what India promises and what it delivers….?

I think there is good news on that front. After revamping guidelines for the LoC we have ensured that ‘fly by night’ operators have all been removed. There is a certain minimum criterion for getting empanelled. This ensures that whenever we bid, we get quality firms to work according to a time-bound schedule. Countries that receive our line of credit have also expressed satisfaction with these changes.  So we have cleaned up the system and it’s working.

What role does the Indian diaspora in Africa play?

They play an important role, especially in the economic development of their respective countries. They have integrated very well and on many occasions during our prime minister’s interaction with them; even the president of that country has participated in those events. Their contribution is valued.

The Indian Ocean has some of the busiest sea lanes through which much of the world’s commerce is done. How does India ensure that they remain secure?

We have defence cooperation agreement now with practically every littoral state of Africa in the Indian Ocean. Maritime security is of high importance to us. We have offered them naval crafts, coastal radars and other assistance whenever they seek such help. Therefore, there is a conscious effort on our part to share our expertise with them.