Home  »  Magazine  »  International  » Interviews  » Interview »  Our Ties Go Back To Third ­Millennium BC And Have Only Strengthened: Saudi Diplomat

Our Ties Go Back To Third ­Millennium BC And Have Only Strengthened: Saudi Diplomat 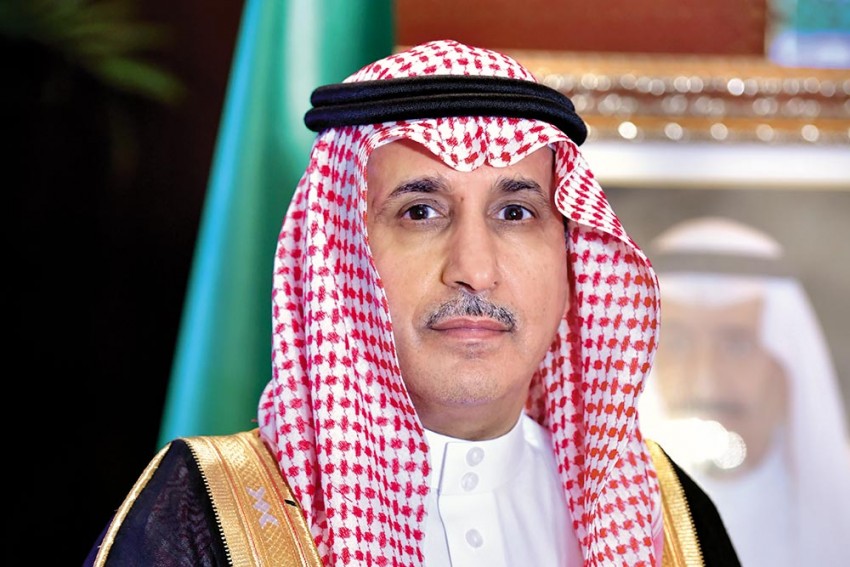 Pranay Sharma February 14, 2019 00:00 IST Our Ties Go Back To Third ­Millennium BC And Have Only Strengthened: Saudi Diplomat 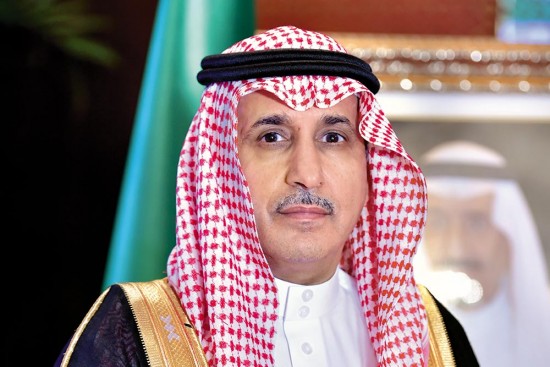 Having served in India for seven years as the Kingdom of Saudi Arabia’s amb­assador, Dr Saud Mohammed Alsati has seen much of the transformation in relations between the two countries from close quarters. The 55-year old ­career diplomat, who joined the Saudi Foreign Service in 1989, also has a PhD in International Politics from the University of Southern California, USA. He has held a number of important posts and served in Washington, London and Cairo. He speaks to Pranay Sharma on the evolution of Indo-Saudi relations and Saudi Crown Prince Mohammed bin Salman’s maiden state visit to India next week. Excerpts:

What is the current state of Indo-Saudi relations?

Our relations are excellent. Our strategic partnership is deepening and our friendship, marked with mutual res­pect and trust, is getting stronger. India has been an integral part of our growth journey.  Bilateral trade today stands at over $27 billion, a growth of almost 10 per cent over last year. Saudi Arabia is India’s fourth largest trading partner and the Kingdom meets one-fifth of India’s crude oil requirement.

Can you tell us about some distinctive factors that define our relationship?

Our relations are not limited to goods and services. The warmth in our relationship with India comes from the people. Our ties go back to the third millennium BC and have only strengthened since. The exchanges bet­ween our civilisations have been profound. India holds a special place for us. There are approximately 3 million Indians living in my country, which forms the largest expatriate community in the Kingdom. Over the past two years, the Haj quota for Indians has also increased consecutively to a record 1,75,025. All these ­reflect how closely our growth stories are intertwined.

The frequency of state visits has also gone up in the recent past. What lies behind it?

"Last year marked 70 years of our modern bilateral engagement and it has ind­eed been a momentous one. "

This frequency demonstrates that the two nations have grown closer than ever. The Custodian of the Two Holy Mosques, King Salman bin Abdulaziz Al-Saud, and Prime Minister Narendra Modi have met thrice in the past five years. HRH Crown Prince Mohammed bin Salman met the honourable Indian PM in November 2018 on the side-lines of the G20 summit and both agreed to set up a high-level mechanism to boost concrete actions in terms of investment, technology and manufacturing across various sectors.

What was the significance of giving India a special status in last year’s Janadriyah festival?

The gesture is deeply symbolic of our close and growing linkages. The festival was ina­ugurated by The Custodian of the Two Holy Mosques, King Salman bin Abdulaziz Al-Saud in the presence of external affairs minister Sushma Swaraj in Riyadh. Her discussions with Saudi officials centred on ways to further strengthen our ties.

How has the strategic energy partnership between the two ­countries progressed so far?

The Crown Prince Mohammed bin Salman is scheduled to come here next week on a state visit. How ­important is this?

HRH Crown Prince Mohammed bin Salman’s first state visit to India is highly anticipated and presents a historic opportunity to expand collaboration in all fields. It signifies that Saudi Arabia sees India as an important strategic partner and valued friend. The friendship between our countries is ancient, deep and multifarious. This momentous visit will further strengthen our strategic cooperation across fields.

India and Saudi Arabia are “strategic partners”. What does it exactly mean?

Last year marked 70 years of our ­modern bilateral engagement and it has ind­eed been a momentous one—dotted with historic milestones. Our friendship grew into a strategic ­partnership during the then prime minister Manmohan Singh’s visit to Saudi Arabia in 2010, which led to the signing of the Riyadh Declaration. During the 2016 visit of PM Modi to Saudi Arabia, several areas were identified for closer cooperation.

Which areas were these?

"Our partnership has grown beyond the supply of crude oil and LPG to a comprehensive energy partnership."

Saudi oil major Aramco opened an office in India in 2017. How ­significant is this decision?

Our partnership has grown beyond the supply of crude oil, refined products and LPG to a comprehensive energy partnership focusing on investment and joint ventures in petrochemical complexes and cooperation in joint ­exploration. Investing in India’s value chain from oil supply, marketing and refining to petrochemicals and lubricants is a key part of Aramco’s global downstream strategy. In this backdrop, the opening of the Saudi Aramco office in 2017 and its involvement in the project in Ratnagiri represents a strategic milestone.

There are complains that much of our economic ties are oil-centric. How do you move away from this and look at other areas for cooperation and investment?

Our current bilateral trade should ­further grow as Saudi Arabia and India engage in a host of new areas. While energy is a key pillar in our part­nership, both sides agree on the ­immense ­potential to further strengthen our economic ties, particularly through ­diversifying non-oil trade. During the Indian PM’s 2016 visit, the two sides agreed to transform the buyer-seller relationship in the ­energy sector to one of deeper partnership focusing on investment and joint ventures in ­petrochemical complexes, and coo­peration in joint exploration in India, Saudi Arabia and in third world countries.

Has anything happened in that direction?

The recently announced $44 billion integrated refinery and petrochemicals project in which Saudi Aramco has a stake is a step towards that direction. The Saudi company Al-Fanar is currently executing a 300 MW power project in Kutch. Several other Saudi companies have also invested in India through their non-Saudi subsidiaries. We have also welcomed interest of Indian companies to investing in the Kingdom, especially taking advantage of the competitive investment opportunities offered by the Saudi economic and industrial cities. 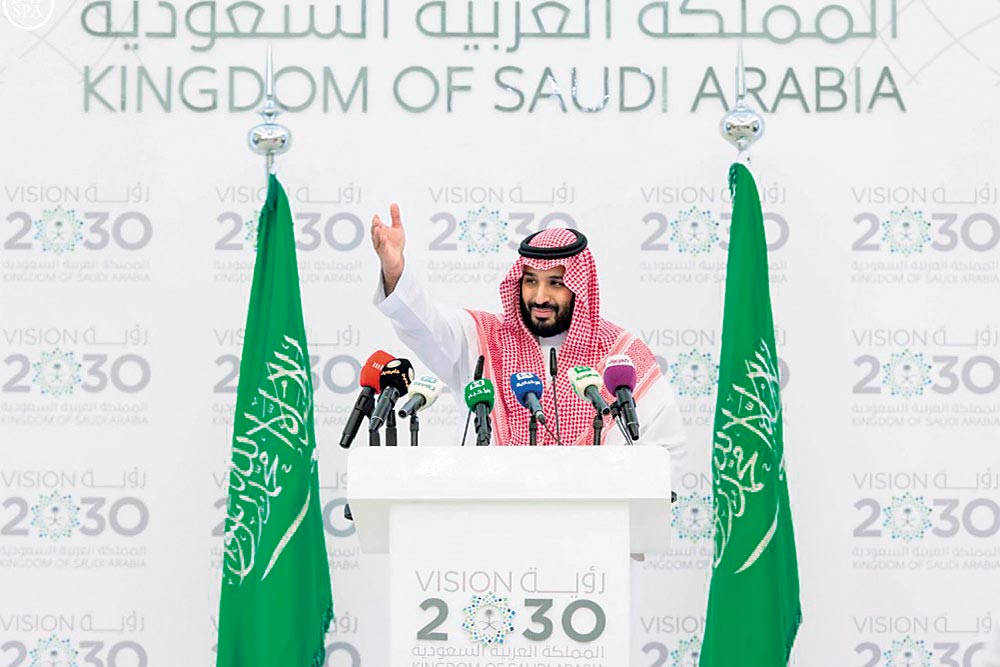 Are there many Indian companies active in Saudi Arabia?

According to the Saudi Arabian General Investment Authority (SAGIA), there were 322 Indian companies as joint ventures or 100 per cent owned entities worth US$ 1.4 billion in the Kingdom till December 2017. The licences are for projects in diverse sectors such as management and consultancy services, construction projects, telecommunications, information technology, pharmace­uticals, among others. Several Indian companies have est­ablished collaborations with Saudi ­companies and are wor­king in the Kingdom in the areas of ­desi­gning, consultancy, fin­a­ncial ­services and soft­wa­re development.

Have steps been taken to make the participation of Indian and Saudi business ­entities in each other’s ­cou­ntries easy?

The Bilateral Promotion and Protection of Investment (BIPA) and Agreements on Avoidance of Double Taxation and Prevention of Tax Evasion (DTAA) have helped both the countries in capitalising the bright prospects for reciprocal investment. Together, we are also working towards providing opportunities for women. Saudi Aramco, GE and Tata Consultancy Services opened the first all-female business process services centre in Riyadh with over 1,000 women employees. Saudi Aramco, in coo­peration with Princess Nourah University (PNU) and Wipro Arabia Ltd, also inaugurated the Kingdom’s first all-women business and technology park in 2016, aiming to provide employment for 20,000 women over the next decade.

Where does India figure in The Crown Prince‘s ‘Vision 2030’ programme?

Vision 2030 aims to transform the ­entire foundation of our Kingdom’s economy with the aim of attracting $427 billion in private investments over the next decade. We are now looking to a post-oil age that will usher in an era of world-class technological res­earch, start-up development, entrepreneurial vigour and vast investment opportunities. Our aim is to free the Kingdom’s economy from oil dependency by diversifying revenue streams, attracting foreign investment and est­ablishing Saudi Arabia as a global hub.

And you see a role for India in it?

We view India as a partner in this exc­iting new phase of our country’s profound growth. There are more opportunities today to tap into than ever before. A $100 billion planned ­investment in transport projects will occur over the next decade. The construction market is also expected to reach a record high of $96.52 billion in 2025, up from about $45.33 billion currently. Another important development has been the signing of the MoU between Public Investment Fund of Saudi Arabia (PIF) and Softbank to build the world’s biggest solar energy project with an investment of $200 billion and a capacity of 200 gigawatts by 2030.

But what do you see in India as a major economic partner?

"We are now looking at a post-oil age that will usher in an era of world-class technological res­earch."

These are also good economic times for India. Your economy is projected to rise sharply over the next couple of decades. It is on its way to become the second largest in Asia by 2040. As such, India is a primary focus of the Kingdom’s campaign to court foreign investors.   So the wide-ranging reforms taking place in Saudi Arabia coupled with initiatives taken by India to improve the ease of doing business and relax foreign ­investment norms such as ‘Make in India’, ‘Digital India’ and ‘Smart Cities’ have opened up vast opportunities for strengthening our future economic cooperation and bilateral inv­estments at a much more rapid pace.

India has also announced its version of “2030” recently. Can Saudi Arabia play a role in it?

We commend India for recently unv­eiling its ten-dimensional vision for 2030. It has a lot of resonance with our Kingdom’s Vision 2030 in its aspiration for a pro-active bureaucracy and modern, technology-driven, high growth, equitable and transparent soc­iety. Both our countries have large youth populations and are undergoing major socio-economic transformations. There is tremendous convergence between the two visions in areas such as building infrastructure, investing in human development, and achieving efficient use of water, food security, clean environment and leveraging technology to create employment. Going forward, I foresee potential for extensive collaboration and cooperation in these spheres.

Terrorism and religious fundamentalism pose major challenges for all progressive societies. How has the cooperation between the two sides worked so far in this crucial area?

Saudi Arabia is leading the global campaign against terrorism, terror financing and extremism. The two countries have been closely cooperating in fighting it and have signed several agreements in the field of security, including an extradition treaty. During the April 2016 visit of Prime Minister Modi to the Kingdom, the two sides decided to further enhance cooperation in counter-terrorism operations, intelligence sharing and law enforcement.