Pakistan's successful bid to internationalise the Kashmir issue has driven a wedge in India's relationship with the US. Donald Trump's mediatory lunge into Indo-Pak affairs may have a definite motive 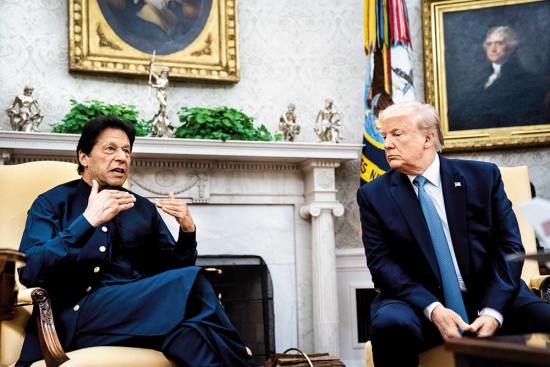 Diplomatic controversies have a life of their own; they resist being wished away conveniently. When a controversy over a dispute involving India and Pakistan involves an eager US hovering around to step-in as a ‘mediator’, a long shelf-life is guaranteed. Though over a week has passed since Donald Trump publicly asserted that Narendra Modi sought his mediation on Kashmir—a claim that India officially denied—the controversy over the U.S. president’s remarks still rages on.

Made during a joint press conference with Pakistani Prime Minister Imran Khan in Washington, the rem­arks led to angry protests in India, forcing Union foreign minister S. Jaishankar to categorically state that no such request was made by Modi when he met Trump at the G-20 Summit in Japan last month.