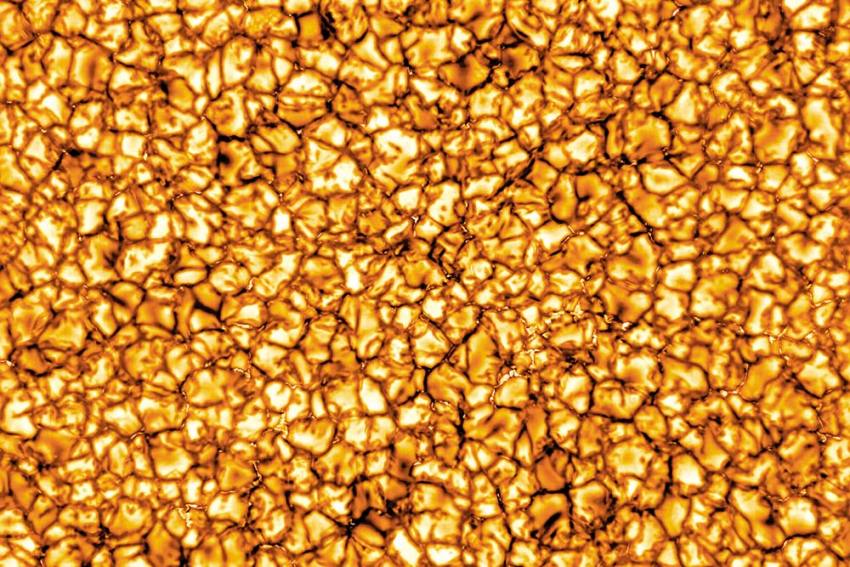 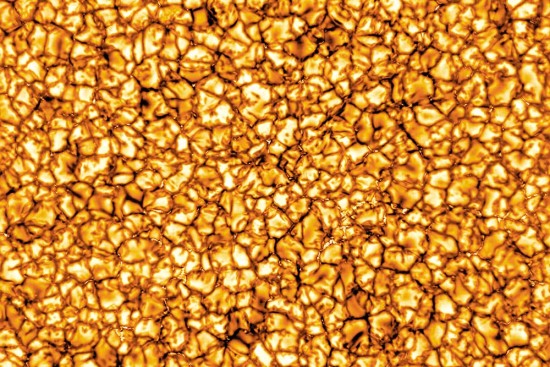 Don’t look directly at the sun, warned our parents. A group of scientists in Maui did exactly that, ­albeit with the aid of the Daniel K. Inouye Solar Telescop, located on the Haleakala volcano on the ­island in the Pacific, to produce the highest-resolution photo ever taken of our star. With a primary mirror four metres wide, it is the world’s largest solar telescope.

The fusion of hydrogen into helium in the sun’s core creates boiling plasma, which rises to the surface—a process that takes 10,000 years—then cools and sinks back, somewhat like boiling water. The brighter portions of the bubble-like structures are the newly emergent plasma, while the darker sections are the cooler plasma. Photos likes these will help scientists study the sun in much greater detail and provide insights into its magnetic fields, which are responsible for auroras on earth as well as solar storms that can knock off satellites.

The scale of the image is extraordinary—from one end to another, it has captured 10,000 km of the sun’s surface and the ‘bubbles’ are each about the size of Texas.

A Meter Of Fact

Image of the SUN International