‘Freedom Of Speech Must Be Allowed In A Democracy’ 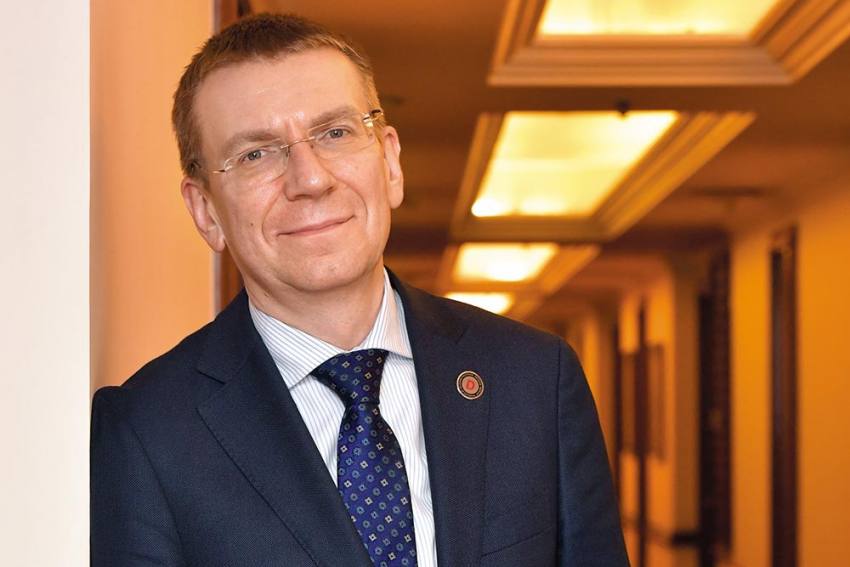 Photographs by Tribhuvan Tiwari
Pranay Sharma January 16, 2020 00:00 IST ‘Freedom Of Speech Must Be Allowed In A Democracy’ 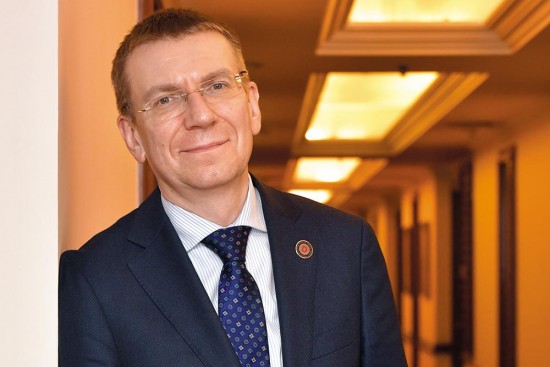 Latvian foreign minister Edgars Rinkēvičs is the second longest-serving foreign minister in the European Union. He has also been closely associated with NATO. In India on a bilateral visit, he found time for a conversation with Pranay Sharma on Iran, South Asia and recent developments in the EU. Excerpts:

You had a meeting with your Indian counterpart S. Jaishankar, did you discuss Kashmir?

What about the current state of India-Pakistan relations, Is that of concern?

We watch every tension very carefully; it can spill over to open conflict. We stress on the need to address all the differences through diplomatic negotiations. Sometimes it is easy to say but difficult to observe. But we want both sides to engage in diplomacy rather than rhetoric.

Yes, there is concern. The two are nuclear states and from their action a lot depends on regional and global stability. India and Pakistan also sit at international conferences with others to try and find ways to normalize Afghanistan. But we also realize that there are issues which have a long history and over which there have been discussions around the world. It takes enormous patience, time and effort to sort them out. But we will always encourage an open and transparent dialogue to resolve disputes.

A recent legislation passed by the Indian government-the Citizen Amendment Act—and its attempt to bring in a National Register for Citizens has sparked off a major controversy and led to countrywide protests. How are they seen from outside?

These are decision taken by democratically elected parliament and government. It may have created a controversy and people have the right to protest. We also have protests on some of our legislations and they also happen in other European countries. When a law is passed there is part of the society that supports them and there are others who oppose them. It is very important that the democratic process of law and the freedom of speech and assembly are allowed. In democracies whatever internal disputes and differences that are there should be addressed in a peaceful and diplomatic manner. Though. at time they can be very difficult and may take a long time to resolve. But that is where we stand. Decisions taken by nations are part of the democratic process. There can be concerns or issues but they should be resolved peacefully through dialogue.

India and Latvia have been engaged with each other on a number of issues. But what will be the most important one in the bilateral relations for mutual benefit?

There is an interest from both sides for more cooperation to develop digital technology. We have a lot of experiences on IT services. Discussions are on very concrete areas like 5G network, Big date issues, Artificial Intelligence and all kind of solutions for e-governance. This will provide easier access to people for getting better government service. Also on machine translation—whatever you put on the internet can be translated. Our companies have been working with Microsoft and other major outfits to develop these new technologies. 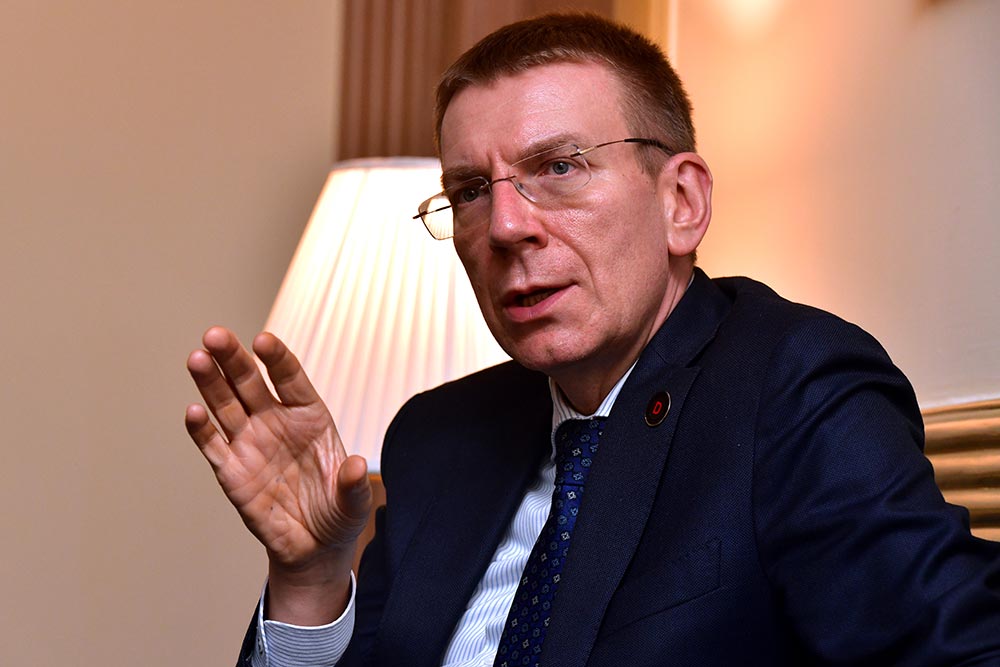 Since the opening of our embassy in India and the visit of our prime minister two years ago and the Indian vice President’s visit to Latvia in last August trade figures are growing. But for both Latvian companies in India and Indian companies in Latvia there is need for more information about each other. We also want to see progress in the European Union-India agreement on protection of mutual investment.

You have just come from Brussels where the discussion was focused on Iran. How do you see the evolving situation?

It is a very complexed situation and it has been so since the US withdrew from the Iran nuclear deal. We want the situation in Iran-Iraq to de-escalate. In the last 10 days there are such signs. The EU also wants to take all steps to preserve the nuclear deal. It is a difficult situation. Without the US returning to the nuclear agreement it is difficult to make Iran comply with its commitment, especially when it remains under sanction. But at the same time Iranian activities in Yemen, Syria and Lebanon are of concern to the US and other countries in the region. At the same time, we need to keep supporting the Iraqi security forces in its fight against Daesh.

After the Iranian response to the killing of General Sulleimani on the US military sites in Iraq, do you see the tension petering out?

I do see some positive signs. On the night when the Iranian were striking at the sites in Iraq there was also a very tragic event in the downing of the Ukrainian passenger aircraft. It sent out a powerful message that many innocent people are suffering in such actions and that must be very seriously addressed.

But what incentive is there for Iran to stay at the nuclear agreement when it is under such crippling sanctions?

It is a very difficult situation. We agree the nuclear deal that was agreed was in the right direction. But two key issues were not addressed—the Iranian ballistic missile programme and Iran’s activities in Yemen, Syria and Lebanon that were of serious concern to the other Gulf countries and Israel. The Trump administration after it came to power in the US also shared that view. If Iran continues to remain committed to the JCPOA it gives the opportunity to re-engage with the US. It will also send a powerful message to the region that despite the difficulties Iran is abiding by its commitment to the agreement. But at some point, we will have to get all the key player and restart the negotiations to address all the issues that are play.

How does Brexit affect the European countries?

it matters quite a lot. We haven’t figured how to cooperate with UK on security and foreign policy afterwards. With a lot of these developments we will have to find internal balance and equilibrium between big member states and small member states of the EU. For smaller countries the departure of UK means a shift in the internal decision making. These are very good reasons for us to work much closer together and coordinate on issues like the EU budget, foreign policy and on other new initiatives. At this point I can’t tell you where we are going to end. Latvia wants UK to remain as close to the EU as possible. 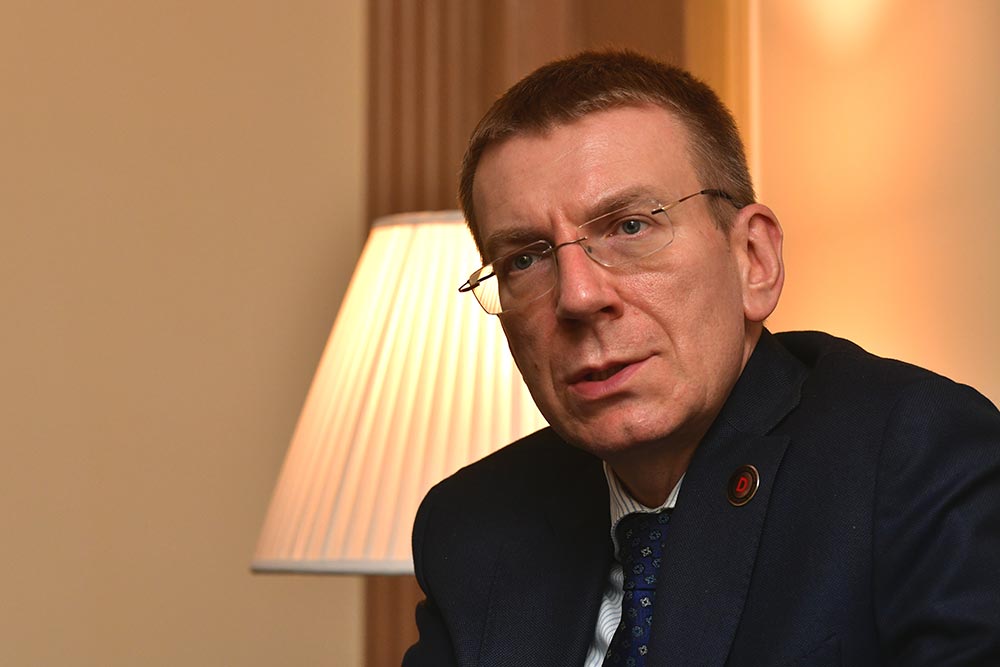 How do you see the French proposal for closer engagement with Russia?

We are of the opinion to have a dual-track approach. Try to contain Russia and put pressure where it violates international law, like Ukraine. But try to engage where we see there is a mutual interest. I don’t know whether there will be any fundamental change in EU-Russia relations. There are many if and buts. However, I will not outrightly reject it.

Is NATO “brain-dead” as the French President said?

I was in London for the summit in December. It was very alive and brains were working quite well.

But are you concerned that it is not as cohesive as used to be especially with Trump’s unpredictability?

This has also happened in the past. During the Iraq war in 1993 there were questions about NATO’s future and there was a split among the members. There are many similar examples of disagreement also in subsequent years.

But both NATO and the EU have their focus on a rising China. How do you see this rise?

China is three-in-one----partner, competitor and challenger. We need it to tackle many of the global challenges from climate change to trade and multilateralism. But it is also a challenge. Many of the countries in its region find its activities very disturbing. China is also competitive. When it comes to trade or economy. That is how we in the EU and in NATO view China. We want good economic relations. We understand that China’s stature is emerging and growing. We are also discussing issues like 5G, Information Technology, Huawei and how we are going to address its investment in critical infrastructure. A comprehensive strategy is to tackle all the three aspects of China.