The Minneapolis cop who killed George Floyd gets his due, in a rare conviction against police. The Black community and anti-race people ‘breathe again’. America redeems itself. 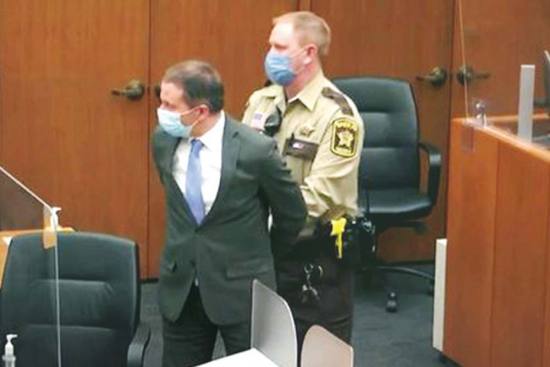 Today, we are able to breathe again. That’s how George Floyd’s younger brother Philonise reacted, tears streaming down his face, as a US court convicted a now-sacked cop of murder and manslaughter for pinning the Black man to the pavement with his knee on the victim’s neck in a case that triggered worldwide protests, violence and a furious re-examination of racism and policing in America.

Former Minneapolis police officer Derek Chauvin, 45, was immediately led away with his hands cuffed behind his back and could be sent to prison for decades. The White officer was found guilty as charged of second-degree unintentional murder, third-degree murder and second-degree manslaughter. The most serious charge carries up to 40 years in prison. The verdict—guilty on all counts, in a clear-cut victory for Floyd’s supporters—set off jubilation tinged with sorrow around Minneapolis. At the intersection where Floyd was pinned down, a crowd chanted, “One down, three to go!”—a reference to the three other fired Minneapolis officers facing trial in August on charges of aiding and abetting murder in Floyd’s death.