Racism is out there, and also inside Buckingham Palace. Harry and his biracial wife finally open up on Oprah’s show on how difficult it was to be a British royal. 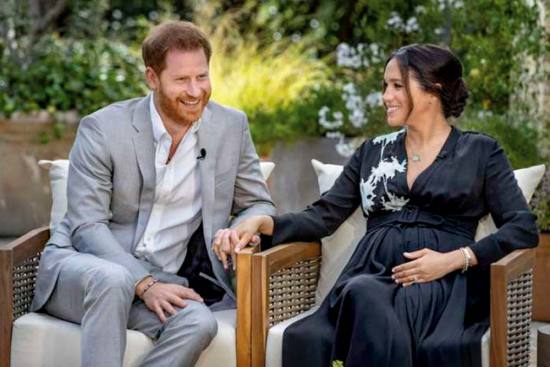 Britain’s royal family and television have a complicated relationship. The medium has helped define the modern monarchy: The 1953 coronation of Queen Elizabeth II was Britain’s first mass TV spectacle. Since then, rare interviews have given a glimpse behind palace curtains. The 1981 wedding of 32-year-old Prince Charles and 20-year-old Lady Diana Spencer at St Paul’s Cathedral was a fairy-tale spectacle watched by 750 million people around the world. But the couple separated in 1992, and in 1995 Diana gave a candid interview to the BBC, discussing the pressure of media scrutiny and the breakdown of her marriage. It prompted a wave of sympathy for Diana, seen as a woman failed by an uncaring royal establishment—a pattern that has repeated itself with Meghan Markle. Like Diana before her and Meghan since, Sarah Ferguson was a young woman who had a bruising collision with the royal family. Initially welcomed as a breath of fresh air when she wed the queen’s second son, Prince Andrew, in 1986, she quickly became a tabloid target for her allegedly extravagant ways. After her 1996 divorce, the duchess used television to speak out. She appeared on the Oprah Winfrey Show in 1996, saying palace life was “not a fairy tale”. The biggest scandal to engulf the family in decades stems from the friendship between Andrew and wealthy convicted sex offender Jeffrey Epstein. The prince tried to undo the damage by giving an interview to the BBC’s Newsnight programme. It backfired spectacularly. After it, Andrew announced he was “stepping back” from public duties.

Attitudes towards the royal family have changed as Britain moved from an age of deference to an era of modern mores and social media. Younger royals have moved from the realm of state apparatus to that of celebrity culture. When Prince Harry and his wife, Meghan, gave an explosive interview to Oprah Winfrey, it rocked an institution struggling to modernise, reports the Associated Press. The interview comes a year after Harry and Meghan walked away from official royal life, citing the intrusions and racist attitudes of the British media toward Meghan, who is biracial. But they also directed allegations of racism at an unidentified member of the royal family. Meghan said when she was pregnant with her son, Archie, Harry told her that the family had had “concerns and conversations about how dark his skin might be.” Meghan said she was initially naive, but later bridled at the controlling nature of being royal, squirming at the idea that she had to live on terms set by palace staff. The staff refused to help her when she faced racist attacks from the media and internet trolls, she said. So miserable was she that she had suicidal thoughts. “I just didn’t want to be alive anymore,” she said.