Despite differences in some key areas like Indo-Pak relations or the situation in Afghanistan, having US on its side helps India in dealing with other players at the global stage, while also ­expanding its geo-strategic space. 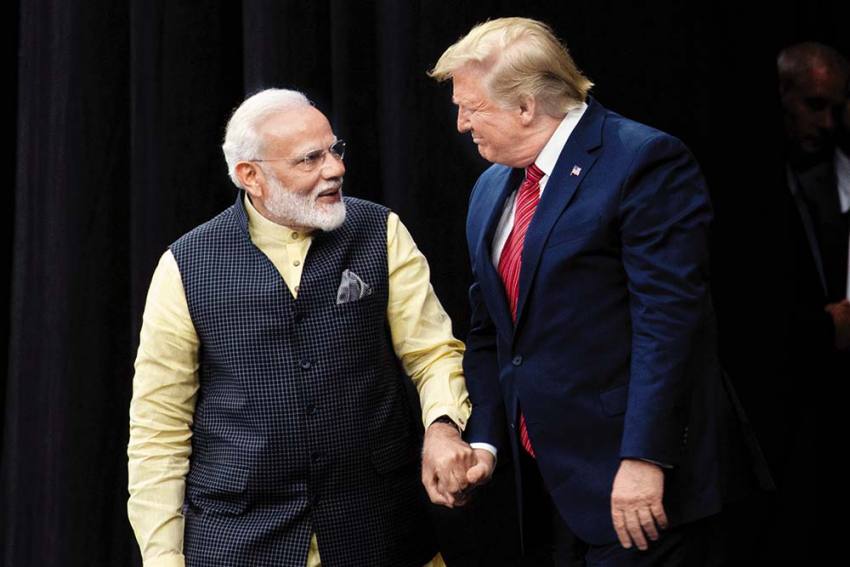 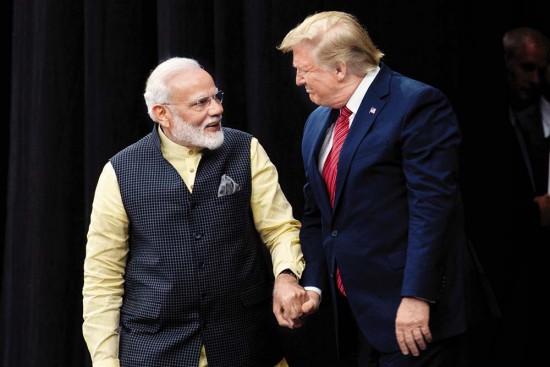 Donald Trump may well begin his forthcoming India journey with a visit to Gandhiji’s Sabarmati Ashram and pay homage to the Mahatma. But humility is unlikely to be the dominant vein of his maiden sojourn to the country. Instead, his visit on February 24 and 25 will be triumphal, providing the US President an opportunity to strut and crow over his recent success in defeating the Democrat-initiated impeachment motion in the Senate.

The fact that the US economy is doing better—it has the lowest unemployment rate in 50 years—is good enough reason for Trump to feel buoyant in an election year. He will certainly try to push for a trade deal—at least a limited one—­despite the differences over data privacy and e-commerce as well as pave the way for sale of more American military hardware to India during his meetings. If that happens and affluent Indian-Americans of Gujarati origin assure him of support, which many of them are likely to do, it will certainly put him in a positive mood as he throws himself into his re-election campaign in the coming days.

Trump expects to be feted by millions of cheering people as he arrives at the Ahmedabad airport and drives down to the newly constructed Sardar Patel stadium—the largest cricketing sports complex in the world with a capacity of more than 1 lakh. The sprawling riverbank abutting Sabarmati Ashram, which had been Gandhi’s residence since 1917 for several years, also provides the ideal setting for a walk-through or an informal ‘chai pe charcha’ between the visiting President and his host, Prime Minister Narendra Modi.

But it is the cheering millions along the road and at the new stadium, where a huge reception has been planned for him, that has caught the US President’s imagination. A warm welcome in India will help him stake claim to popularity in the world’s largest ­democracy and ­silence his critics, both at home and abroad. It will also give him a chance to be appreciated and accepted as the leader of the free world.

“When we have 50,000 people, I’m not going to feel so good. We’ll have five to seven million people just from the airport to the stadium. And you know, it is the largest stadium in the world,” Trump told reporters in the Oval Office. He added that he looked forward to his visit as PM Modi was a “gentleman” and “friend.” It is clear that last year’s huge turnout of the Indian PM’s supporters at the Howdy Modi rally in Houston only whetted his appetite for the reception at the proposed Kem Chho Trump event in Gujarat.

The US President’s arrival in Ahmedabad is the “new normal” for visiting dignitaries, who begin their Indian sojourn from PM Modi’s home state, Gujarat. Since 2014, many world leaders such as Chinese President Xi Jinping, Prime Ministers of Japan and Israel, Shinzo Abe and Benjamin Netanyahu respectively, have made Ahmedabad the first stop in their visit to the country.

US cleared sale of a $1.86 ­bn missile shield to India before Trump visit.

A White House note on Monday confirmed the trip saying, “President Donald J. Trump and First Lady Melania Trump will visit India on February 24-25, 2020…The President and the First Lady will travel to New Delhi and Ahmedabad, which is in Prime Minister Modi’s state of Gujarat and played such an important role in Mahatma Gandhi’s life and leadership of the Indian Independence movement.” It also noted that during a telephone call over the weekend, the two leaders felt the visit would further strengthen the strategic partnership ­between the two countries and highlight “the strong and enduring bonds ­between the American and Indian people”. Though there is no mention of whether a visit to Agra to see the Taj Mahal will also be part of their travel programme, there would be no surprises if Trump and Melania go there for a photo-op, as several other public figures have done in the past.

But the significance of Trump’s visit and its timing cannot be overstated. Over the past few weeks, both leaders had been preoccupied with important domestic developments—Trump with his impeachment proceedings and Modi with the anti-CAA agitation in Delhi and elsewhere in the country as well as the Parliament’s Budget session. The much-hyped trip, therefore, provides both leaders much-needed distraction and also the opportunity to draw the attention of their respective audiences to its outcome and diplomatic salience.

How should Trump’s India visit, therefore, be seen? “The US is an ­extremely important partner for India in a number of areas, including in helping us push forward the economy,” says Kanwal Sibal, former foreign secretary of India. Though Trump is often ­unpredictable, Sibal feels, the world has to engage with him because he is the President of the most powerful country. “In the field of security, especially cooperation in maritime security, he puts India in a better position in dealing with the challenges posed by a rising China,” Sibal says. “Besides, the President’s visit to India when the US is getting ready for the year-end presidential election also boosts PM Modi’s stock at home.” Above all, ­despite differences in some key areas like Indo-Pak relations or the situation in Afghanistan, having US on its side helps India in dealing with other players at the global stage, while also ­expanding its geo-strategic space.

In the run-up to the visit, the US has cleared the sale of a missile shield worth $1.86 billion to India. If it goes through, Delhi will have a new integrated air defence system. During the official ­engagement between the Indian and Ame­rican delegations in Delhi, there could be agreements for the sale of more American military hardware to India.

A $10-billion trade deal is also being negotiated between the two sides, which will help the US narrow the trade gap that exists with India. This may also give them better access to Indian markets for their medical ­devices and Harley-Davidson ­motorcycles. In return, India may ask for restoration of the Generalised System of Preferences (GSP) that aided the sale of several Indian goods in the US market without additional tariffs. The GSP was withdrawn last year after the US dairy and medical devices industries complained of Indian trade barriers on their goods. Though not a full-fledged one, a limited trade agreement may be negotiated during the Trump visit.

By siding with Trump and assessing him as the winner in the November presidential election, India has certainly taken a gamble. But if its call of the dice proves wrong, it may be an ­uphill task mending fences with a Democratic President.