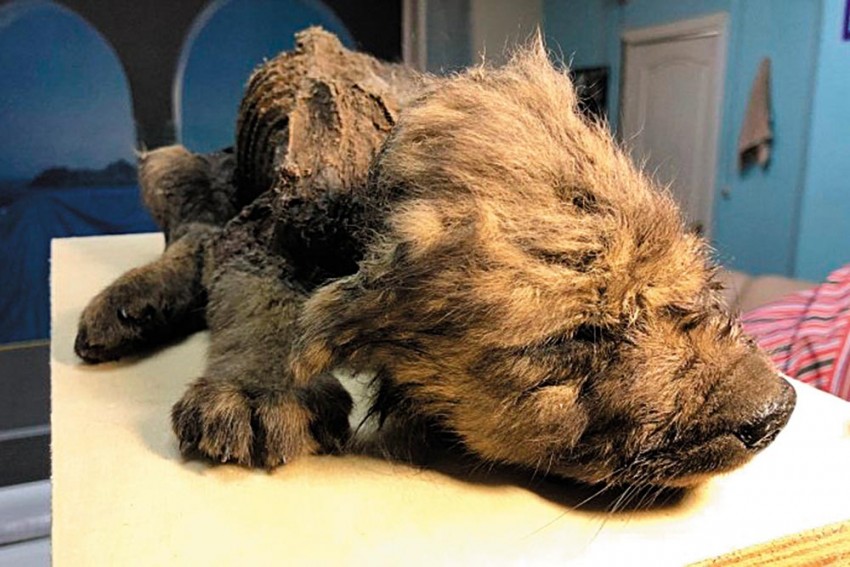 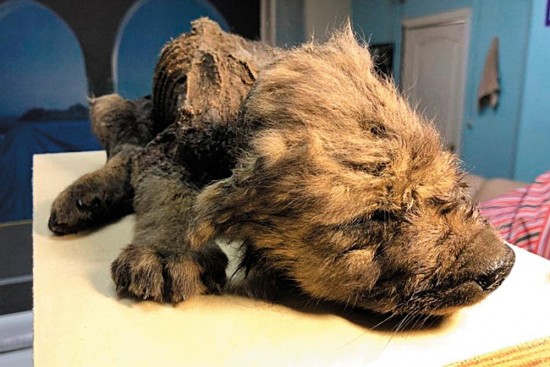 The transitory phases of the wolf into the domesticated dog has been a point of deb­ate among evolutionary scientists. At last, the perfectly-­preserved body of something close to the earliest dog has been found in Yakutsk, Siberia. Researchers in Sweden have been working on the case of Dogor, named after the word for ‘friend’ in Yakutian. Dogor’s body is exactly 18,000 years and two months old, and dates approximately from the time when wolves were evolving into dogs and had just begun to be domesticated. The dog has been found to be a male, with his whiskers and eyelashes miraculously intact. Scientists say Dogor was two when he died.

DNA analysis has not been able to figure out the exact species Dogor belongs to, with speculation that he could be a very early modern wolf or a just-domesticated dog.

“18,000 years ago is an interesting time period, where we think a lot of stuff is happening with both wolves and dogs genetically. We cannot separate it from a modern wolf, Pleistocene [Ice Age] wolf or dog. One reason why it might be difficult to say is because this one is right there at the divergence time. So it could be a very early modern wolf or very early dog or a late Pleistocene wolf,” Love Dalén, a researcher told the Siberian Times.