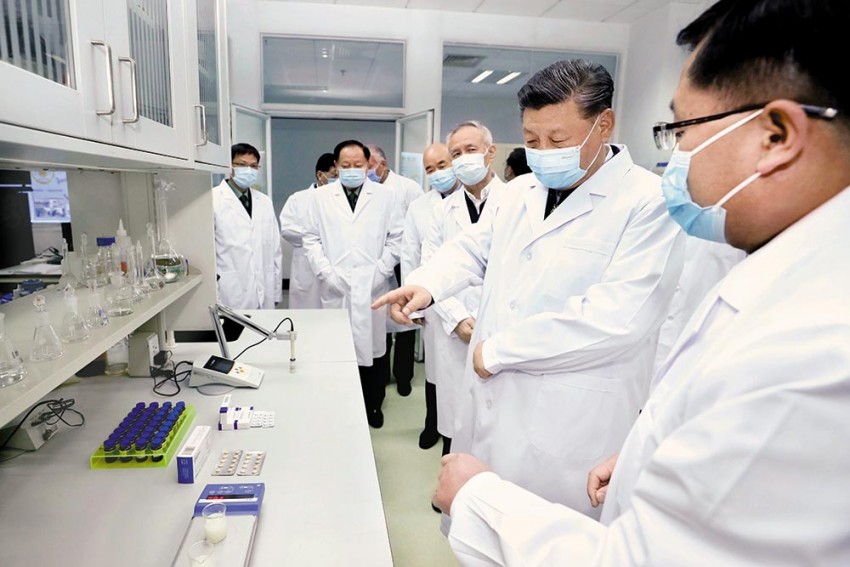 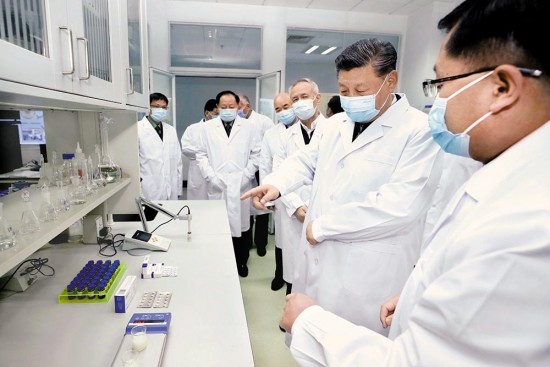 The coronavirus epidemic in the world’s second largest economy has led to serious misgivings. The disruption in the Chinese economy and the aftershocks felt around the world have raised questions on how long the pestilence will continue to manifest itself. But what of its impact on China’s image and its geo-political influence?

In an unusual move, China has called off the forthcoming session of its parliament—the National People’s Congress. Interestingly, premier Li Keqiang, marginalised by his powerful rival Xi Jinp­ing, suddenly finds himself in the lim­e­­light. The public outcry over gover­n­ment inaction in dealing with the epidemic forced Xi to seek his help. The prem­­ier now heads the group dealing with the coronavirus crisis. Many see it as a smart move by Xi, for if Li fails, he can be sidelined further. If he succeeds, it will redound to the communist party’s credit and further consolidate Xi’s position. But if success in con­t­­ainment brings Li back into prominence, how Xi deals with it remains to be seen.

While one goal is to regain the people’s confidence, China may find it more difficult to fight its tarnished image. China’s impressive, decades-long economic performance elevated it into a top global player. But as its economy struggles to get back on track, questions are being raised if it can maintain its global stature.

Increasingly, China is seen as a rival to the US at the global stage where its opi­nion and participation is sought on most matters. Be it climate change or global ter­rorism, religious extremism or peace in the Indo-Pacific, China is a major factor. Significantly, when the 2008 econo­mic crisis affected western dem­­­­o­­cracies, it was China that stepped in to be the eng­ine of the global economy.

In the past one year, however, China has faced serious impediments. First it was the US-China trade war; then came the prolonged unrest in Hong Kong. The coronavirus epidemic was perhaps the last straw that badly shook a Chinese economy that had slowed to a 6 per cent GDP growth. It threatens to push growth in 2020 to 5.8 to 5 per cent. How can China get out of this nightmare?

A lot depends on how effectively China contains the spread of coronavirus outside Hubei. Encouragingly, the rate of new infections across China has been falling. The jury is out on the method adopted in dealing with the epidemic—a massive lock-down and quarantining large sections of the population. But the main concern remains on how early China can restart its economic activities. For the leadership in Beijing, this rem­ains a big challenge. Containing the virus on one hand and ensuring the early ret­urn of its work force to the factories on the other requires deft balancing.

The key to China’s economic clout comes from the fact that it is the key to the global supply chain. It is also the largest consumer of petroleum and other minerals. Irrespective of whether it is an exporter or an importer, China is key to stop the global economy from going into a slump—signs of which are already evident. Indeed, the crisis has forced many countries to think about relocating their manufacturing bases and factory outlets out of China.

Politically, too, restoring normalcy is paramount. The Communist Party of China’s authority comes from its ability to deal effectively with any major challenge. The economic growth benefitting the majority of the population has been the one overriding factor in its confident ability to ignore demands from certain quarters for political ref­orms. Most Chinese continue to have faith and beli­eve in their system. Beating coronavirus back and putting back the country on the track of economic growth remains critical. The earlier it happens the better it will be for the Chinese leadership.

Regaining the confidence of the world may pose to be a bigger challenge.