China’s massive technology network is joining forces with the state machinery in combating a killer epidemic that has no known cure, or vaccine 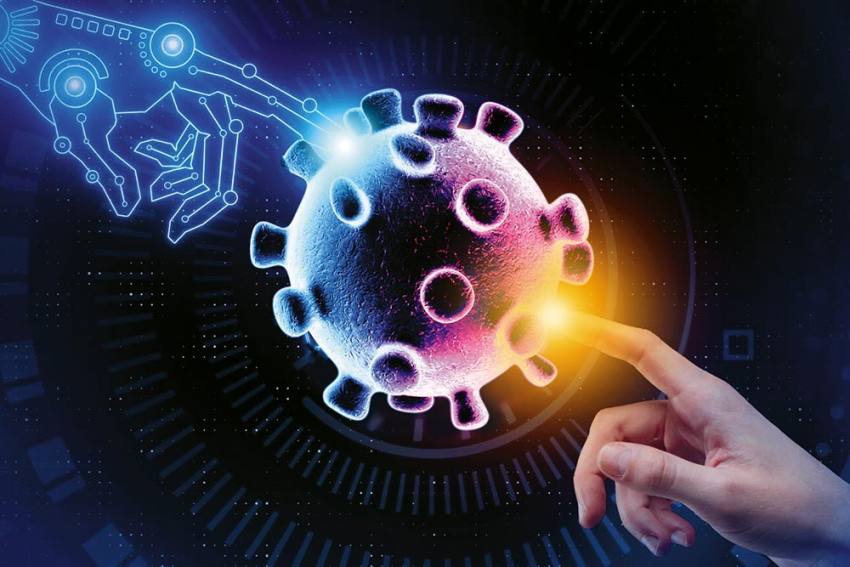 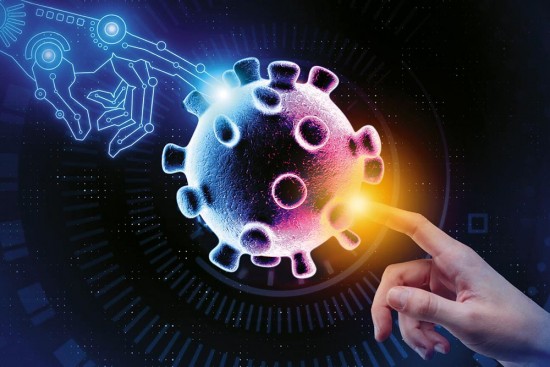 A drone hovers over a befuddled elderly lady, almost stalking her. Speakers attached to the flying machine chime out a sing-song but commanding warning. “Grandma, do not go out without wearing a protective mask, and you better stay at home to be safe.” A photographer at a village in northern China’s Inner Mongolia Autonomous Region captures the rural woman’s encounter with ultra-modern technology—something in ample use in the country’s aggressive fight against the outbreak of an unknown strain of coronavirus that has no vaccine, no cure. Drones tennoying warnings and steps people should take to check the spread of the virus—checking body temperature and spraying disinfectant—in the early days of the outbreak was one of the examples of how the country pulled out all its state-of-the-art technological stops against the contagion.

In epicentre Wuhan, where 11 million residents are quarantined within the city limits, technology is rising up to the challenge in providing basics like food. As people are wary of direct contact with strangers, a meal delivery firm has adapted its app so riders and customers don’t have to meet face-to-face. The app allows users to add a note to the delivery guy to drop off the food on their doorstep or at a location of choice, from where the customer picks up the package, which also comes with a receipt that mentions not only the price but also the body temperature of the cook and the rider.

“The coronavirus epidemic is the biggest challenge China has faced in four decades. I am sure the Chinese government will be able to combat this with the technological advancement it has made in the recent 10 years,” said Dr Yukteshwar Kumar, a senior academic with University of Bath, who is an elected councilor of the Unesco heritage city in the UK. As the epidemic spreads, the Chinese government, using its state machinery as well as private enterprises, comprising its large and vibrant start-up ecosystem, put artificial intelligence (AI), robots, QR codes, and mobile apps to use to combat the contagion that has so far taken more than 3,000 lives and inf­ected over 80,000.

And so in the ancient land of Yangtze, the government has spread a deep network of advanced surveillance and monitoring technology tools. Angshu Chakraborty, managing director of fut­urist and investment firm Metis & Janus, explains the world’s second-largest economy’s techno­logy-driven resilience as “a test-case of the state machinery of the world’s biggest internet population utilising this socio-tech ecosystem for the benefit of the masses manifold”.

The outbreak came at a time when China was facing trade tensions with the US. One of the contentious issues of friction between the two biggest economies has been the blacklisting of telecoms major Huawei Technologies and red-flagging its ambitious 5G network expansion plans. But the coronavirus outbreak has given a chance to the 5G research pioneers a chance to show its prowess.

The contagion has turned China into a large Petri dish to test its burgeoning tech sector.

“Huawei has emerged as a global giant in 5G technology and it has all the support from the government. Huawei’s strategy is in line with President Xi Jinping’s Made in China 2025 initiative which seeks to transform China into a global leader in new technology. Use of 5G has already been incredibly helpful for the doctors in making a huge corpus of quick data to identify the genome of the virus as well as monitor activities of coronavirus patients,” Dr Kumar informs.

The contagion has turned China into a large Petri dish to test its burgeoning tech sector. Amidst an outpouring of donations and voluntary support from companies, two of China’s biggest tech companies have been mobilising their genome res­earch capabilities. Ecommerce major Alibaba has been offering AI computing capabilities to scientific research institutions such as Beijing Genomics Institute (BGI) and the Global Health Drug Discovery Institute (GHDDI) in Beijing’s prestigious Tsinghua University for free. BGI has received approval to sell two virus detection kits and a sequencing system for the coronavirus with its promise of detecting the virus in three hours, while the GHDDI has been researching on finding a cure for the deadly zoonotic disease.

Baidu too has joined the genomics research race and has said to have off­ered its LinearFold algorithm to coronavirus researchers for free along with its advanced AI computing capacity. Baidu Map, a popular navigation App by the Beijing-headquartered IT powerhouse, updates real-time road closure information and population density at public places to guide the public in avoiding crowded places.

Another IT major Tencent, which along with Baidu and Alibaba forms China’s humongous tech trio of BAT (Baidu, Alibaba, Tencent), has been playing a pivotal role in the big data space, offering real-time fact-checking services to curb the spread of rumours and to track potential patients and adv­ise the public. Shenzhen-headquartered Tencent’s flagship product, WeChat, a multi-purpose messaging, social media and mobile payment app, has launched a function to translate Hubei dialects into standard Mandarin in its efforts to help medical teams better communicate with local patients when fighting against the outbreak.

With China accounting for the world’s largest mobile payment-using population with 583 million users (42% of its 1.4 billion population), both WeChat and Alibaba’s digital payment platform AliPay not only helped curb the risk of the virus spread through hard cash transaction, but also enabled a greater use of non-contact online shopping for the those who have either been locked down or being quarantined.

Big data has been playing a massive role during the world’s largest human migration for the Spring Festival travel rush that has significantly been hit by the coronavirus outbreak. According to a report, with names and mobile phone numbers registered on China’s official online railway ticket-booking platform 12306, the authorities have been making use of the data to find passengers who had close contact with diagnosed patients of COVID-19 and have been booking separate seats to reduce transmission risk among passengers.

As schools across China are opting for online classes and most companies are encouraging employees to work from home, Alibaba developed a home office system through its mobile office tool DingTalk, which they have offered free to 10 million enterprises while their rivals, Tencent provided free service for real-time audio and video communication to allow 300 people to attend an online conference at a go.

“The SARS outbreak in 2003 paved the way for China’s incredible online shopping culture and this time, the coronavirus outbreak has ushered in a new era in online education and medical consultation,” says Jayanta Nandy, an IT entrepreneur and co-founder of China-based Axius Software.

From Critical Drugs To Auto Parts, Zips To Solar Panels, How Coronavirus Has Hit Supply Chain