Doklam is in the India-Bhutan-China trijunction and is of strategic interest to India’s security. Bhutan is wary of being caught in the increasingly fractious border dispute between the two Asian giants. 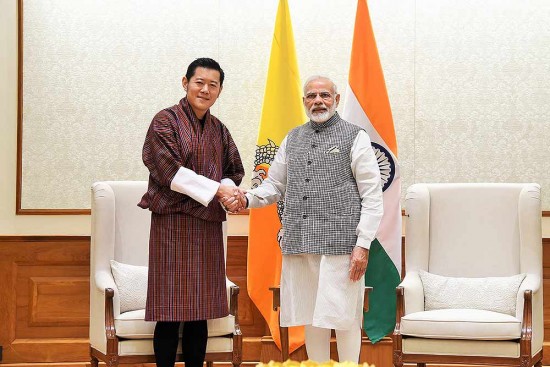 Bhutan, the Himalayan kingdom nestled between Asian giants China and India, is now in the crosshairs of Beijing, the latest neighbour to face its high-pressure coercion. Bhutan has a ‘special relationship’ with India, with New Delhi advising Thimphu on the conduct of its foreign, defence and trade policies. In contrast, it has no diplomatic relations with China. Though it badly wants a toehold there, Beijing has so far not succeeded in opening an embassy in Bhutan. The kingdom has always kept China at a safe distance.

Bhutan, like India, is a country with which China has unr­esolved border issues. Beijing and Thimphu have held 24 rounds of inc­onclusive boundary talks. In June, China raised the border issue in an unl­ikely forum—at a virtual meet of the Global Environment Facility (GEF), a US-based forum established in 1992 ahead of the UN Earth Summit in Rio de Janeiro to tackle global warming. The GEF provides funds for small environment-friendly projects. Bhutan’s Sakteng wildlife sanctuary, an area with rich biodiversity, was to get funds to preserve its unique ecosystem. The Chinese representative raised objections at the meet, saying the sanctuary was located in a disputed area between China and Bhutan. The delegate said the area in the eastern tip of Bhutan was on the table for discussion in border talks. Despite Chinese objection, the GEF went ahead and allocated funds for Sakteng.

Raking up its eastern border, as is the case with its border with India’s Ladakh and Arunachal Pradesh, is in keeping with China’s all-round aggressive posture in Asia. Part of the playbook is to make sudden, shocking new claims to increase bargaining power elsewhere—this is the first time China laid claim to Sakteng. Later, Thimphu sent a demarche to Beijing.

Bhutan has differences with China about its...