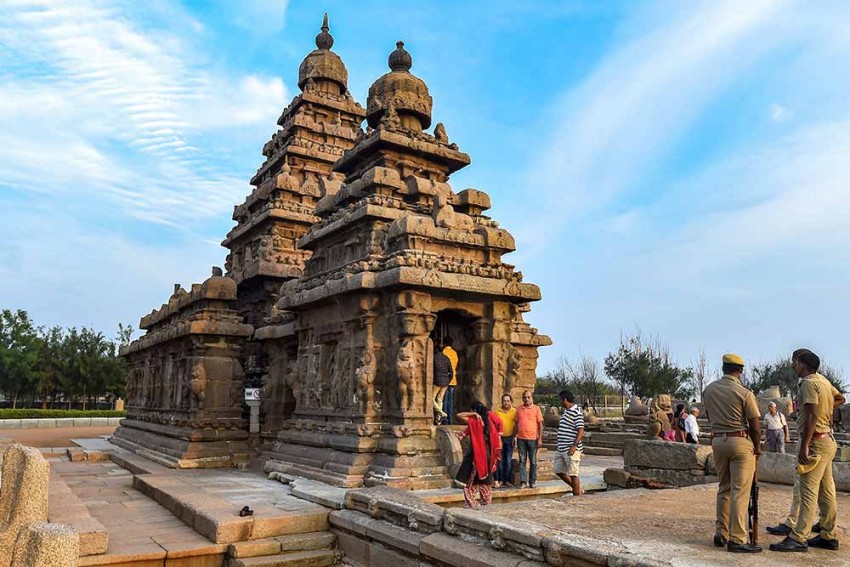 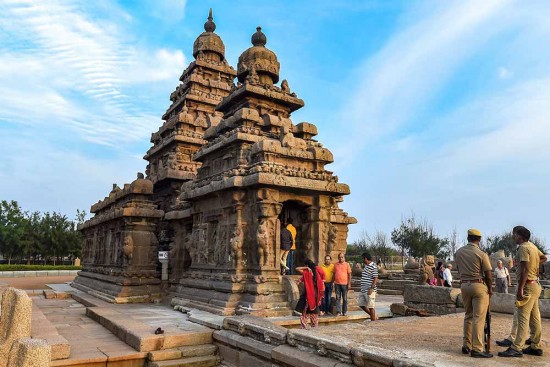 The 2nd Informal Summit between Prime Minister Modi and President Xi Jinping of China will take place 11 - 13 October 2019 at Mamallapuram near Chennai. Modi is likely to show Xi the Shore Temple, completed in 728 AD, when the site was a busy port of the Pallava Dynasty. Now, a UNESCO World Heritage Site the temple is indeed a marvel of engineering from almost 1300 years ago.

By exhibiting this historical site, Modi will remind Xi that not merely is India an ancient civilization like China, but that both countries were the foremost economies of the world until 1700 AD which then lost their pre-eminence in the world due to the advent of the Industrial Revolution in the West. By doing so, Modi will also indicate to Xi that not merely is China regaining its position of global pre-eminence but so too is India. Further, two re-emerging nations such as India and China may not see eye to eye on each and every issue but the larger trend of cooperation between the two Asian neighbours will continue to constitute the mainstream of the bilateral relationship even as each country continues its steady rise in global politics and economics. This is likely to set the stage for the two leaders to continue their conversation from their earlier Wuhan Informal Summit of April 2018 about what constitutes the China Dream and what are the contours of the New India that Modi espouses. This strategic communication will also cover each nation’s hopes, wishes, goals, strategies and assessments and help build greater trust and understanding between them and between their countrymen and women. That shall constitute an important step forward from the 1st informal summit almost 18 months ago.

A second important outcome from the earlier meeting at Wuhan was the directives given by the two leaders to their respective military establishments which has not merely ensured that the India – China border areas have remained largely peaceful but have also given a fillip to military exchanges between the two sides. The two men will do well to move further on this score by ensuring that military ties move beyond mere exchanges aimed at getting to know each other better to comprehensively understanding the other nation’s calculations, preparations, doctrines and tactics which is when there is likely to be a more permanent peace.

PM Modi has been re-elected to office with an even larger mandate than in 2014, providing him with a legitimacy which is unprecedented in recent years. President Xi Jinping too enjoys absolute power in China not seen in recent decades. It is the opportune moment for our two countries to accelerate efforts to resolve our boundary question. This will require direct intervention of the two leaders who will need to instruct their negotiators to go back to the drawing board and adopt a more practical and realistic approach to our boundary negotiations based on the eminently reasonable principle of ‘actual control’. If they are able to do this, the present moment provides the best opportunity to strive for an India – China boundary resolution.

India and China need to do one large project together, increase people-to- people exchanges.

At Wuhan, Modi and Xi accepted that while interactions and exchange between the Governments of the two countries are robust as are economic and commercial exchanges, the weak link in bilateral ties is the people-to-people component. There need to be far more tourists, students, academics and journalists traveling between our cities and working with each other. We must market Incredible India in China in a more sustained, deliberate, well thought out and systematic manner. An excellent start was made in August 2018 when the then Tourism Minister of India visited several cities of China, but as is our wont there has been very little follow up. It appears that we may have lost momentum and may even have to restart from scratch. We have a very classy and attractive product but we need to market it properly in China. Similarly, the Government of India has launched its Study in India program aiming at rapidly expanding foreign students in India but again we seem to be shy of expecting Chinese students to come to India. Our value proposition should be that young Chinese people should come to India to study Computer Science or Information Technology and in the meanwhile learn fluent English which in turn will make it easy for them to obtain admissions into Masters or Doctoral programs in the West. If we do this, we shall ourselves be surprised with the large numbers of Chinese students who will come to study in India.

Economics is an area of convergence between India and China despite the large trade deficit we face with China. Xi and Modi will need to talk about this subject and in order to capture the imagination of the Indian people we need to do one large, important infrastructure project together. Perhaps, China can assist us in modernizing one of our important railway stations which is an area we are already considering. The results will be there for all to see and could bring about a sea change in how we view Chinese investments in India. The financial modeling will need some innovative work but is not beyond the realm of possibility. Further, Chinese firms like to cluster together which is why we need to seriously explore the possibility of a Chinese industrial park in India. Perhaps the leaders can kick start this process which has received serious consideration in the past but has not got off the drawing boards.

In the international arena, Modi and Xi had agreed to do one large joint economic project in Afghanistan but it morphed into training of Afghan diplomats, which while an excellent first step, is not sufficient to capture the imagination of people of what these two nations could do together in that country. Perhaps, our leaders could think of a joint solar power project which is an area of expertise for both sides and would also bring great rewards to the people inhabiting the areas where such a project is carried out. While China has allowed the listing of Masood Azhar to move ahead in the UN 1267 Committee, which has led to a change in how Indians look at China, perhaps President Xi Jinping could announce in Mamallapuram that his country has decided to become a member of the International Solar Alliance headquartered in Gurugram. Such a move would convince everyone that China is happy to work with India in international organizations.

While a lot has been written about the Wuhan Spirit which emanated from the 1st Informal Summit in 2018, the efforts of the two leaders is likely to focus on expanding and accelerating this cooperative framework at the 2nd summit in Mamallapuram. If they succeed, they would have made a significant contribution to further stabilizing India – China relations and putting it on the fast track of growth and development. Both of them are wise and competent leaders and will surely meet our expectations.