This week, a diary from Abu Dhabi on the visit of the Pope and the Imam and the 'new symbolic tolerance'. 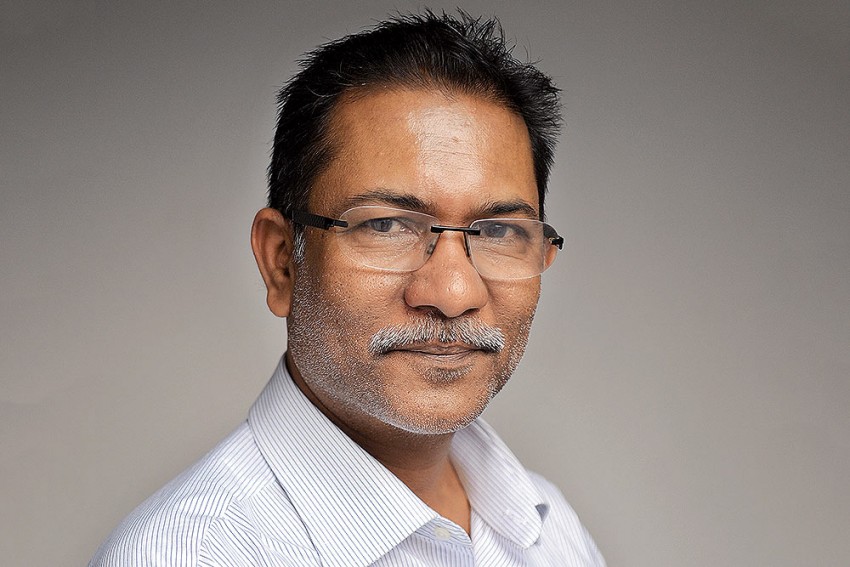 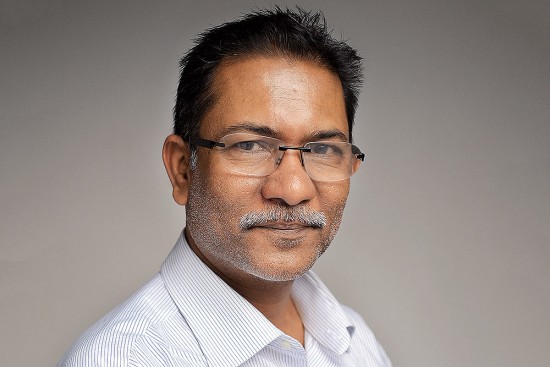 The ecstatic applause with which the 1,50,000-strong, demographically diverse congregation greeted Pope Francis’s expression of gratitude to the Crown Prince of Abu Dhabi was a special moment during the first papal visit to the Arabian Peninsula. A huge Catholic crowd hailing a Muslim ruler for making possible the largest ever gathering of Christians in the peninsula was momentous. They were grateful for the bold and arguably ‘iconoclastic’ decision by Crown Prince Sheikh Mohammed Bin Zayed Al Nahyan to invite the Pope. It is worth noting that the UAE has no Christian citizenry, but hosts millions of expatriates belonging to that faith. A middle-aged woman from Goa wished to personally thank the Crown Prince and said Catholics the world over would remember with gratitude his gesture. “When Christian minorities struggle for survival in several countries in the region in the face of brutal persecution, His Highness went out of his way to facilitate this confluence of faiths. May God bless him and his brothers for their magnanimity,” she said, tears welling up in her eyes. A 70-year-old Syrian Christian from Kerala who lived in the UAE for over 40 years chipped in: “This is possible only in the UAE. My uncle was present when the first church in Abu Dhabi was consecrated in 1965 in the presence of the then ruler. Emiratis always walk ahead of the rest in the region, and don’t mind swimming against the current, be it in matters of the economy, technology or interfaith interaction.”

“In the name of God, Al-Azhar al-Sharif and Muslims of the East and West, together with the Catholic Church and Catholics of the East and West, declare the adoption of a culture of dialogue as the path; mutual cooperation as the code of conduct; reciprocal understanding as the method and standard,” said the Document on Human Fraternity for World Peace and Living Together, jointly signed by the Pope and Sheikh Ahmed Al Tayyeb, Grand Imam of Al Azhar, the oldest seat of Islamic learning. “History shows that religious extremism, national extremism and intolerance have produced…what might be referred to as signs of a third world war being fought piecemeal,” stressed the Pope and the Imam. 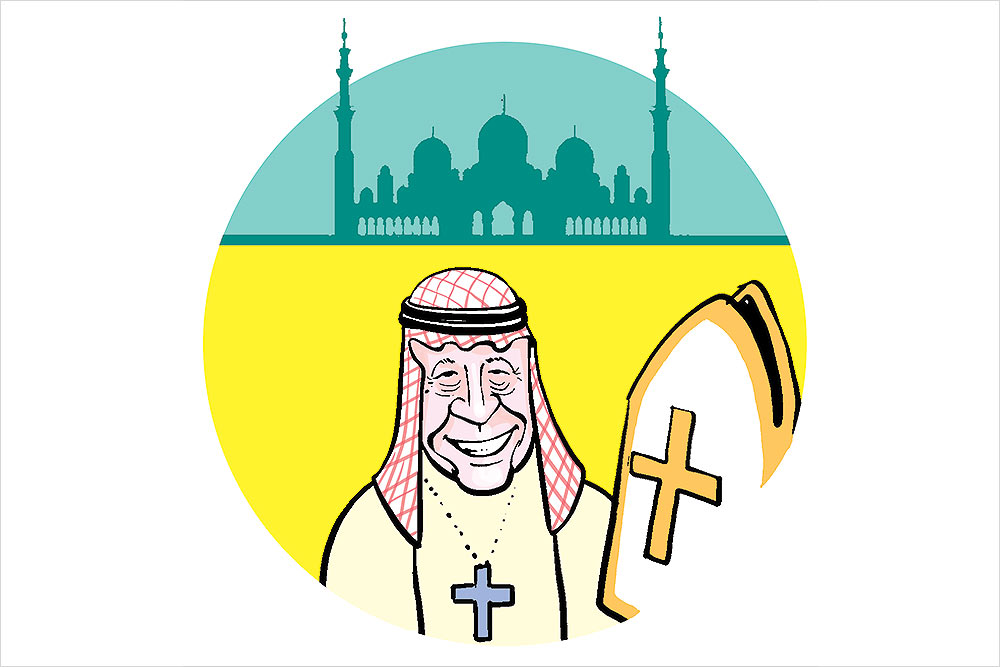 The visit of the Pope and the Grand Imam coincided with an interfaith conference attended by around 700 faith leaders from all religions. An eloquent speech on interfaith relations by Brahmvihari Swami of BAPS resonated extremely well with the multi-faith audiences. As I listened to the impressive speech by the famous seer from Gujarat, I wondered why he never bothered to use his formidable scholarship and spellbinding oratory in his home state for the same cause. Is it that all the noble ideals of Hindu spirituality are meant only for foreign consumption?

Predictably, Abu Dhabi’s detractors spewed venom against the papal visit. Some top media outlets in the West contrasted the UAE’s gesture of tolerance with its military intervention in Yemen and its boycott of neighbouring Qatar. Regardless of the merits of these criticisms, it struck me as redolent of Orientalist prejudice, as I never saw the same media outlets mentioning American aggression against Iraq or Venezuela while covering a similar event in the US or in Europe. Arabs, it seems, will have to wait for Western appreciation until they prove beyond any shadow of doubt that they are perfect to an ‘angelic’ degree!

In the region, the most scathing attacks against the Papal visit came from Qatar, facing a boycott by the Arab quartet, including the UAE. Qatari media figures and religious clerics beholden to them used mass media and social media platforms to criticise and lampoon the UAE on the visit. Some Qataris went to the extent of subtly accusing the UAE of blasphemy. In a social media comment, a Qatari editor insinuated that the humane gesture of an Emirati lifting a small child for the Pope to bless was akin to the UAE abandoning Islam and embracing Christianity. Inadvertently, they ended up proving the quartet’s charge that the tiny gas-rich Sheikhdom is the principal patron of Islamist extremism in the region!

The Pope and the Imam signed the foundation stone to build a new mosque and a church to commemorate the visit. Tweeting on this, Sheikh Mohammed bin Zayed wrote: “Mohammed bin Rashid and I have signed the foundation stone for construction of a new ‘Church of Saint Francis’ and ‘Mosque of Grand Imam Ahmad Al-Tayyeb’ in Abu Dhabi. They will serve as beacons to uphold the values of tolerance, moral integrity and human fraternity in the UAE.”