Letters leaped for joy at being represented in Brazil

A Aggression—Seen in abundance both in terms of number of goals scored that was much higher than the 2010 South African edition, but also in the high incidence of hard tackles, resulting in a spurt of fouls in key games.

B Brazuca—The Adidas-made ball in shades of blue, orange and green had built-in HD cameras to capture the 360 degree view of onfield action, seen curling into the net when curved by Messi and David Luiz.

C Caipirinha—A Brazilian cocktail made with cachaca—a sugarcane-based spirit—that found special favour with visitors as they slipped into a required bliss and gave Budweiser, the official beer, a bad trip.

D Diving—A fast-developing skill that strikers and attacking mid-fielders put to good use. Arjen Robben particularly impressed with his skilful forays down the flanks and into opponents’ penalty boxes, almost always crowned by spectacularly dramatic falls.

E Expenses—The 2014 FIFA World Cup was the most expensive tournament so far, with initial estimates around $11 billion shooting well past the $14 billion mark by matchtime.

F Fuleco the Armadillo—The official mascot of the 2014 World Cup. The endangered species, a native of Brazil, may now be better cared for with its new-found popularity.

G Goal-line technology: Used for the first time when it made its debut during the France vs Honduras game and became a television talking point when it was called into play over France’s 3-0 victory in the match.

H Heartbreaks—As the tournament reached the elimination rounds, opposing scenes of rejoicing and heartbreaks became regular features. While some fell to their knees in thankful relief, the distraught openly wept.

I The instrument Caxirola—The official World Cup instrument created by Brazilian musician Carlinhos Brown was said to be much better than the South African Vuvuzela but not allowed to matches because of a perceived security risk. 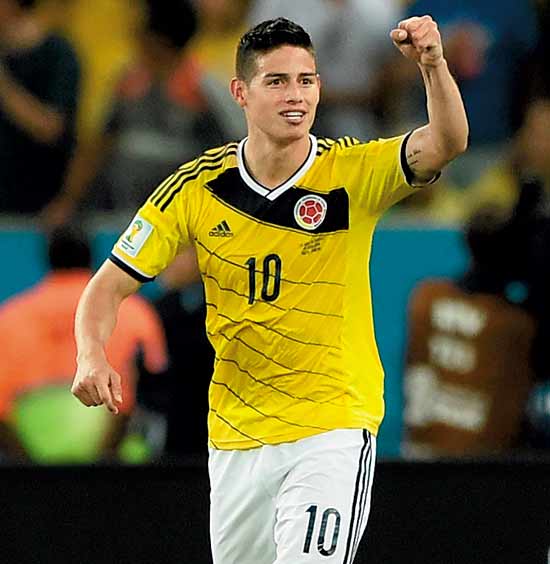 J James Rodrigues—The 22-year-old Colombian mid-fielder and the find of the tournament, for his strike against Uruguay—perhaps the best goal of the World Cup. 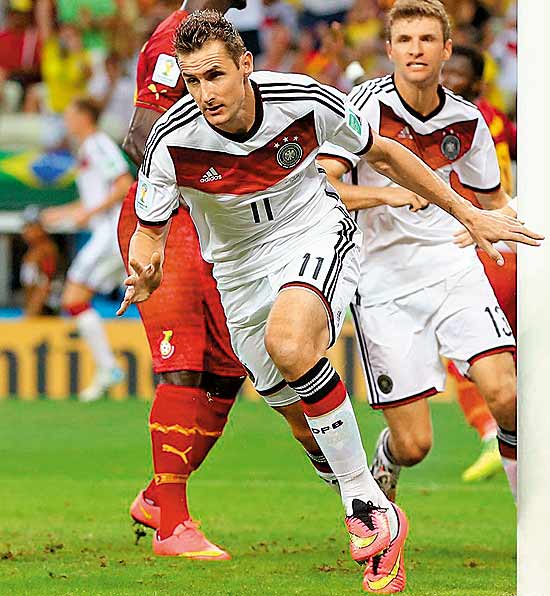 K Milosav Klose—the German striker, playing his fourth Cup, became the highest ever scorer at World Cups, surpassing Brazilian Ronaldo’s 15 goals, when he struck against Brazil in the semis. 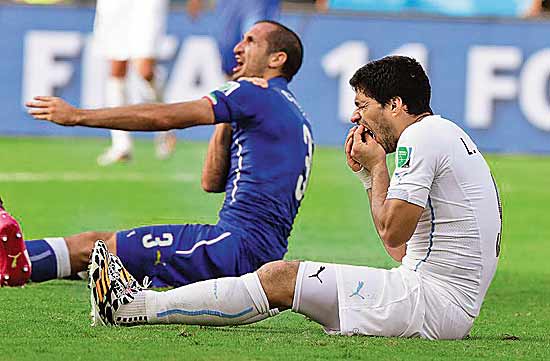 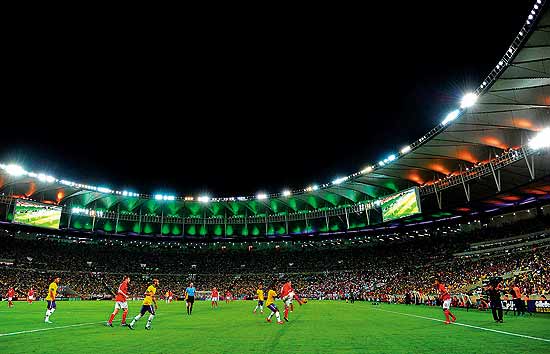 M Maracana/ Estadio do Maracana—With a capacity of nearly 80,000 spectators, considered the Mecca of Brazilian football. Despite the national side’s tragic loss to Uruguay in the 1950 final here, the Maracana in Rio continues to be an iconic symbol for football lovers. 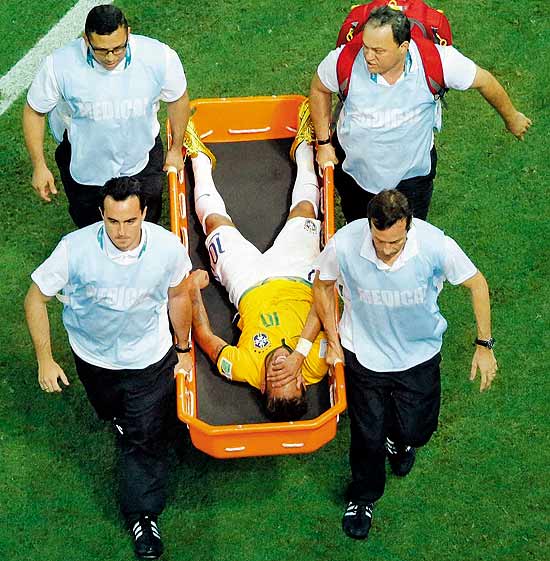 N Neymar—Star 22-year-old Brazilian striker whose every move, dribble and strike was cheered by millions, till a foul at the quarter-fin­als against Colombia broke his vertebra and shattered Brazil’s dream.

O One-Colour Kits—The new FIFA rule robbing the tournament of its colour, as most teams were forced to wear one predominantly dark and the other predominantly light jersey for their official and reserve kit.

P Protests—Many Brazilians didn’t welcome the FIFA travelling carnival with open arms, and staged agitations to mark their displeasure at their government’s monumental splurge, neglecting millions of the poor.

Q Qualifiers—For the 32 spots at the Cup, 203 countries fought for months. Some had an easy run, but many established teams (like Sweden) were denied access. 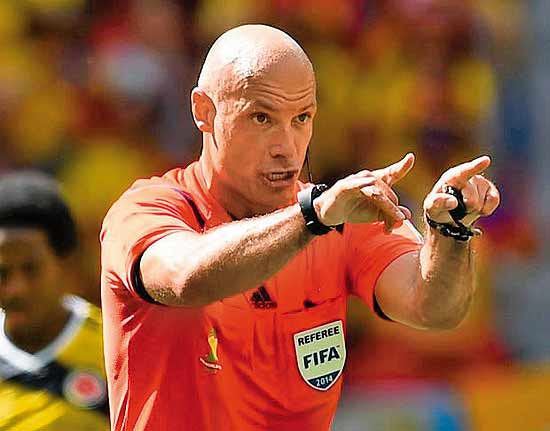 R Refereeing—No World Cup is without refereeing controversies. This year’s ranged from diving for penalties, fouls on players that escaped referee’s notice, and harsh decisions.

S Selecao—The Brazilian national side that began its campaign with promise but gradually degenerated, ending up with the stupefying mauling at the hands of the rampaging Germans in the semis—their worst defeat in the Cup ever.

T Tactics—An essential part of the post WWII game, meant to exploit opponents’ weaknesses, and further honed during the Cold War. Dirty tricks, including numbing tackles, throwing balls in the field etc, are part of the coaching manual.

U USA—Where football was never a popular sport but climbed several notc­hes up the popularity ladder this time as the team, under former German great Juergen Klinsmann as coach, put up an impressive performance. 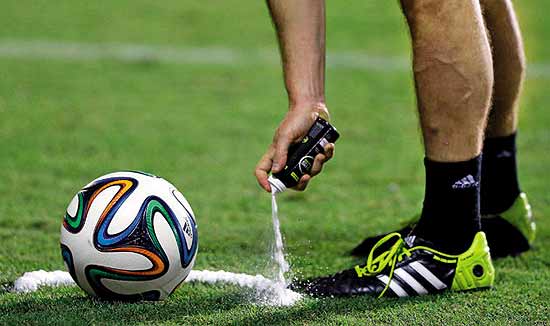 V Vanishing Spray—The canned spray referees used for the first time to draw the white mark to ensure players stood behind the 10-yard mark during free-kicks and set pieces.

W We are one (Ole Ole Ole)—The Official World Cup Anthem by rapper Pitbull featuring Jennifer Lopez. Yes, we apologise for even mentioning it.