The protean M.T. Vasudevan Nair also shaped cinematic imagination in India. The dialogue between his stories and screenplays here is stimulating. 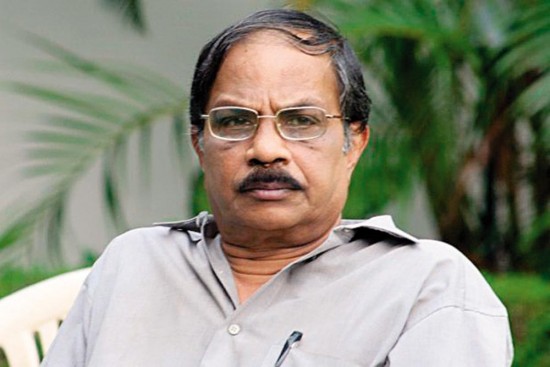 M.T. Vasudevan Nair is a legen­dary figure in Malayalam literature and cinema. A Jnanpith and Sahitya Akademi award-winning author, nati­onal award-winning film dir­e­ctor, very successful screenplay wri­ter and a reputed literary editor, his has been a vibrant presence as a writer, scenarist and director during the last six decades. A very popular writer and an auteur who is comfortable with, and highly successful in, both serious and the commercial streams of cinema, he was one of the first filmmakers in Mal­ayalam to publish his film scripts. Rec­ently, his screenplays have been collected and published in Malayalam in six volumes, running into over 6,000 pages. They are avidly read by lovers of literature as well as aspiring filmmakers, who consider them textbooks on screenplay writing.

Though many of MT’s stories have been translated into several languages, the uniqueness of this masterly translation by Gita Krishnankutty is that the film scripts are accompanied by the stories on which they are based. This book provides a rare opportunity to film students and scholars to follow the transformations of a story into a screenplay. In this journey from word to image, many additions and deletions are made to the original storyline. Even the thematic focus and relative imp­ortance of certain cha­racters sometimes change, some characters and events get marginalised or magnified, the very sequence of events and the climax itself go through new twists and turns. For instance, in the story on which Nirma­lyam is based, titled Sacred Sword and Anklets and originally published in 1954, most of the narrative unfolds through the experiences, thoughts and feelings of the central character, and the story ends with the heart-broken Velichapad deciding to sell the sword and the anklets. In the film script, the ending is totally different. The film ends with Velichapad’s final dance that climaxes with him spitting at the image of the goddess. In the film, the immediate pro­vocation to his desperation and anger is his stumbling upon his wife’s secret rendezvous with the moneylender, which shatters him completely.