Public outcry grows over a ‘job-giving clique’ around CM 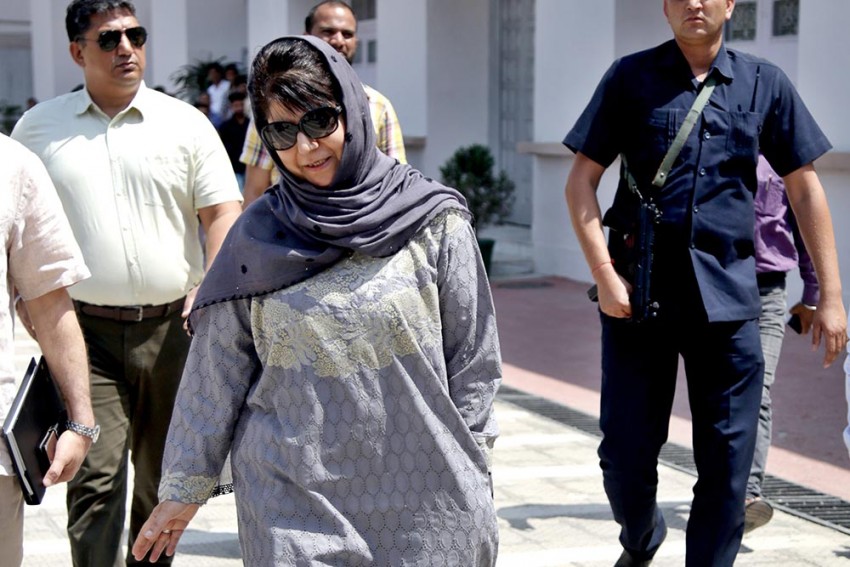 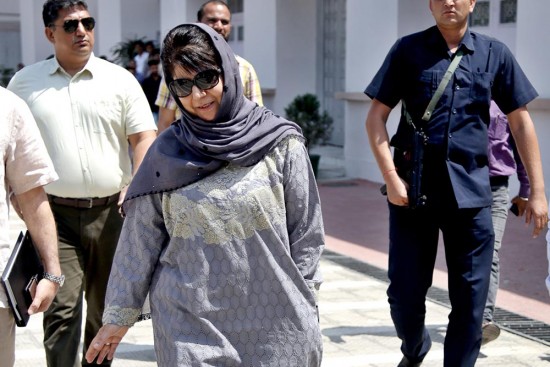 Mahatma Gandhi often used to quote the Vedantic thou­ght of Vasudhaiva Kutumba­kam that envisioned the ent­ire mankind as one family. Seventeen years after his death in 1948, up north of a divided India, Jammu and Kashmir got its Khadi, Village and Industries Board. A statutory body that strives to nurture village artisans, the KVIB conceptu­ally sustains the lofty movement the apostle of non-violence had begun in 1918. A cent­ury later, the KVIB in this border-state is weaving a fabric soiled by widespread allegations of corruption stee­ped in nepotism.

The Khadi board in J&K has spun a contorted interpretation to the Upani­shad line that had always inspired the Father of the Nation. Of late, the KVIB is among the state’s enterprises being peopled by next of kin of chief minister Mehbooba Mufti. With every passing day, it’s all about harmonising the household—in a spirit antithetical to the Mahatma’s.

In fact, till last month, the KVIB has been largely unfamiliar to many in J&K. Then, on February 20, the board came up with a list of candidates that it had just recruited for various positions. That opened the Pandora’s Box for the ruling PDP, what with the KVIB being accused of flouting rules to accommodate a close relation of the CM and other relatives of the party’s leaders.

To be sure, the state’s 1965-founded KVIB hasn’t been in the best of shape for half-a-decade now. The latest Economic Sur­vey shows a slide in the board’s sales as well as job generation at the grassroots since 2014. Yet, the KVIB, tasked with the promotion of khadi and other village industries, has put no bar on one process: recruitment.

Sixteen months ago, the KVIB had advertised app­lications for 34 posts. This January, it conducted the interviews after a written examination by an external agency. Among those selected was Mehbooba’s 37-year-old cousin Syed Aroot Madni, who is son of the PDP’s powerful vice-­president Sartaj Madni.

S. Aroot Madni, who is among the recruits to Khadi board, is a cousin of Mehbooba and son of the PDP vice-president.

The Opposition says he doesn’t have the qualification required for the job. The National Conference (NC) also came out with a list of children of leaders of the ruling PDP-BJP coalition selected to the Integrated Child Develop­ment Sch­eme and other departme­nts besides the Jammu and Kashmir Bank. It acc­used Mehbooba’s minister-­bro­ther Tas­sa­duq Mufti, who holds the tourism portfolio, of asking for a bribe from a senior official. NC state spokesperson Junaid Azim Mattu alleges he has got the tape of a telephone talk, where ano­ther “very senior bur­eaucrat” directly implicates “the CM’s brother” in a multi­crore scam.

Aroot’s selection has inv­ited criticism also from the candidates who didn’t clear the job interview. They allege foul play, citing that 18 candidates were shortlisted for the single post, against the set norm of 3:1 or 5:1. The mark-allocation model for the exam segments (test, interview and job experience) was tweaked, they claim. As criticism surged amid a spurt in youth unemployment, the government has promised a high-level inquiry. The board denies malpractice. The proceedings were “impartial”, according to KVIB vice-chairman Peerzada Mansoor, who is general secretary of the PDP, which came into the power three years ago to provide J&K people a “political healing touch” and corruption-free administration.

The NC alleges the ruling party is “eff­ectively run, as expected” by the families of the CM and her uncle along with a few power-brokers close to them. “These are experts in corruption with insignificant political credentials and credibility,” says Mattu. “They decide on big projects, high-level transfers, allotment of permissions for buildings as well as fudging of recruitment processes. This entire nexus has now completely taken over the party.” Adds former MP Tariq Hameed Karra, now with the Congress: “The PDP is today doing everything it opposed once.”

The PDP’s Naeem Akhtar, who is government spokesman, says the NC had during Farooq Abdullah’s CM tenure made over a lakh back-door recruitments from 1996 to 2002, while his son Omar also created new designations in the upper echelons of the government. Akhtar’s party colleague, PDP youth leader Waheed-ur-Rehman Parra, says tongue-in-cheek that it is “good to see youth showing interest in transparency” over job recruitment. “It only strengths faith in system and expectations on leadership,” he adds.

All the same, the PDP has also leaders who are worried about the party’s image. “Whether or not the allegations get pro­ven, they hint at poor public perception,” says a functionary of the ruling party.

A Foot In The Maw Of Perdition