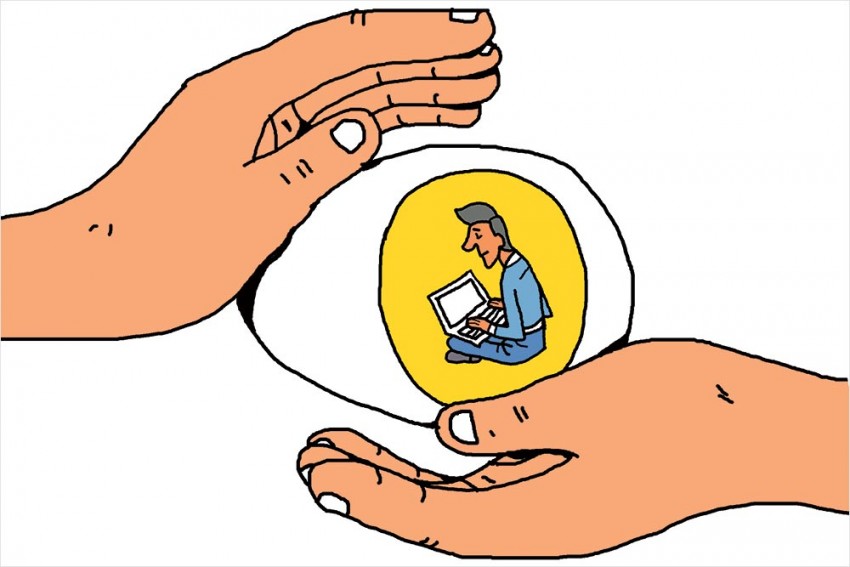 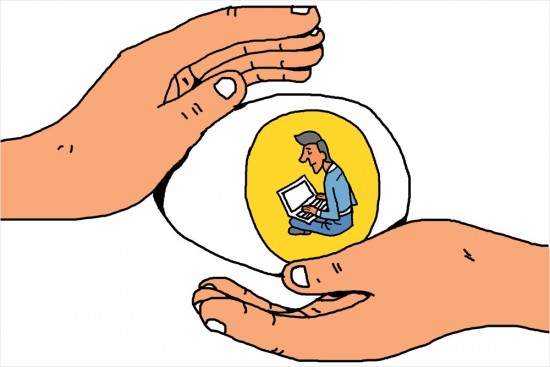 Ambar Srivastava is excited about the growing demand for his innovation—TrueHb Hemometer, a hand-held haemoglobin meter for which he has filed a patent in India and the US. Founder and managing director of Wrigs Nanosystems Pvt Ltd, Srivastava, 32, worked towards becoming an entrepreneur while studying biochemical engineering and biotechnology under a five-year integrated MTech course at IIT Delhi. His entrepreneurial journey took firm shape in IIT Delhi’s Foundation for Innovation and Technology Transfer (FITT) division to which he was sel­ected after a competitive process.

Describing the two years at FITT inc­ubator, Srivastava says the experience was like “being in a cocoon” as it provi­ded a world-class environment with no power cuts, no security concerns or any other hassle from authorities. “We were in the campus and near the laboratory with access to talent and expertise of faculty members,” he says. Looking to expand operations to more countries overseas, Srivastava is among a growing number of entrepreneurs who are benefiting from the largely government-led push to innovation startups.

Currently, there are over 120 government-recognised technology business incubators in the country that support innovation-led startups through all stages—right from the idea to the working prototype, patenting, researching on market acceptability and other requirements for product commercialisation and business sustainability. Most are attached to various government-run research and academic institutions such as the IITs, IIMs and NID. More and more private players are arriving on the scene, even as the government is entering into bilateral and multilateral collaboration to promote technology-led startups. The BSE Institute, a wholly owned subsidiary of the Bombay Stock Exchange, too runs an incubator—Zone Startup India—in collaboration with Digital Media Zone of Ryerson University (Canada). More than 80 startups have been incubated there so far.

While innovation-led startups may not be a new concept, the pace has picked up only since the tech bubble burst in the early 2000s, leading to the return of many Indians from Silicon Valley in the US. The trend has gathered momentum in the past few years as the government has also been pumping in funds to provide grants, scholarships and seed capital, besides helping to set up incubators with subsidised space, mentoring and hand-holding of young innovators keen to turn entrepreneurs. The grant or soft loan to a startup can vary from a few lakhs to Rs 1 crore.

“The technology business incubators are providing support right from early-stage idea to working prototype and commercialisation,” says Dr H.K. Mittal, advisor and member-secretary of the National Sci­ence and Technology Entrepreneur­ship Development Board (NSTEDB). “Today, there are nearly 3,000 startups in various stages of taking off.” Many have alr­eady launched their innovative products in the market—from diagnostic kits to medical devices, drug discovery, new materials, IT and electronic products, agricultural machinery, engineering products and those that rely on the Internet of Things model. Others are still testing their products and the market or awaiting mandatory approvals. The bulk of them focus on IT or electronics and biotech diagnostics.

The model of incubators varies across institutions and entities. Some like IIT Delhi and IIT Bombay nurture their own students and alumni, while others like IIM Ahmedabad provide opportunities to outside talent through a competitive process. The period of stay in an incubator also varies from institution to institution and industry to industry. In the IT industry, for instance, it could be just six months, but it goes up to five years in a biotech and materials incubator.

According to Mittal, with the launch of the National Initiative for Developing and Harnessing Innovations (NIDHI) last year, the Department of Science and Technology (DST) has jacked up support both for existing incubators and those who are coming in fresh. From four or five additions every year, the number of new incubators being set up annually has more than tripled to 15-20. Moreover, a Rs 10,000 crore India Aspiration Fund—a fund of funds, managed by the Small Industries Development Bank of India—was set up last year to support venture capitalists in promoting  innovation, research and product development in electronics, nanoelectronics and IT.

“Venture capitalists are wary of supporting early-stage startups. They are more attracted to a venture once they reach turnovers of Rs 10 crore or more,” explains Mittal.

Agrees Dr Anil Wali, managing director of FITT: “The angel investors normally invest after proof of concept (PoC) even though money flowing at late incubation stages too is not very common. However, post the revenue stage, the situation with private funding gets much better.”

While startups in most incubators are receiving adequate hand-holding, Wali says at FITT they are provided business development and networking support as also business coaching. Innovators at IIT Delhi are able to continually work on their ideas with active support of their mentors, while benefiting from the institute’s intellectual resources. Quite a few mature into startups. 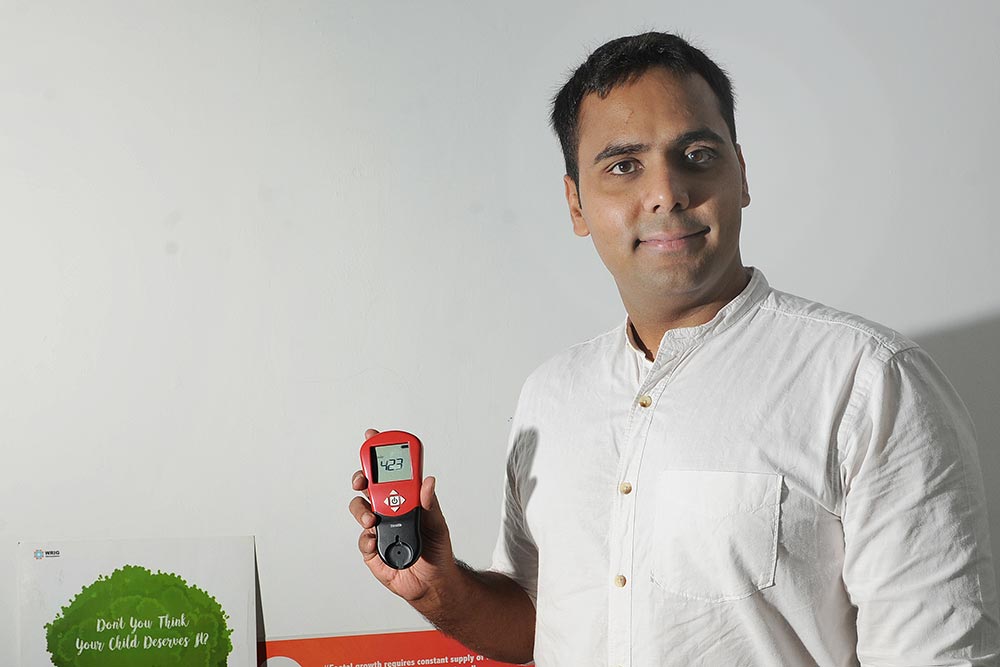 One such venture is Tanmay Bunkar’s Botlab Dynamics, which works on micro UAVs or robotics for use in air, on the surface and under water for data collection and making assessments such as crop coverage and yield. Founded in July 2016, the company is continuing with its research work under the guidance of the FITT faculty members even as it gears up to launch its product after getting regulatory approval from the Directorate General of Civil Aviation. Bunkar also reveals plans to work with the Indian Agricultural Research Institute in Delhi after the official nod.

With the ecosystem maturing day by day, investor confidence is also increasing, says Dr Renu Swarup, managing director of Biotechnology Industry Research Assistance Council ­(BIRAC) and advisor, Department of Biotechnology (DBT). Through ­BIRAC, DBT has so far supported more than 800 projects, over 350 startups and entrepreneurs, and nearly 500 SMEs and small companies. “Nearly 70 products and early-stage technologies have been developed and more than 120 new IPs (intellectual property) have been generated,” says Swarup. “Most of the research innovations are for new products and technology development. In some cases, incremental innovation and, in a few cases, disruptive innovations are attempted. Some of the startups are also developing platform technologies, which have wider applications and can also be used as service model.”

With BIRAC funding a large number of entrepreneurs and startups, there is a high degree of risk management and this, in turn, attracts a large number of private investors for early-stage and late-stage funding. DBT has also proposed launching a Biotech Equity Fund, which will become a fund of funds and will be important to mobilise other investment funds for this sector. BIRAC has already launched a seed fund that is managed by the bio-­incubators. Over the past five years, nearly Rs 1,000 crore has been committed for the innovation research.

Most entrepreneurs in the biotech sector are young res­earchers and students. In addition, senior facu­lty members from universities, research institutes, hospitals and clinicians are also taking the plunge to become tech entrepreneurs. To support them, two regional centres have been set up at Hyderabad and Bangalore, which promote entrepreneur development and mentorship. 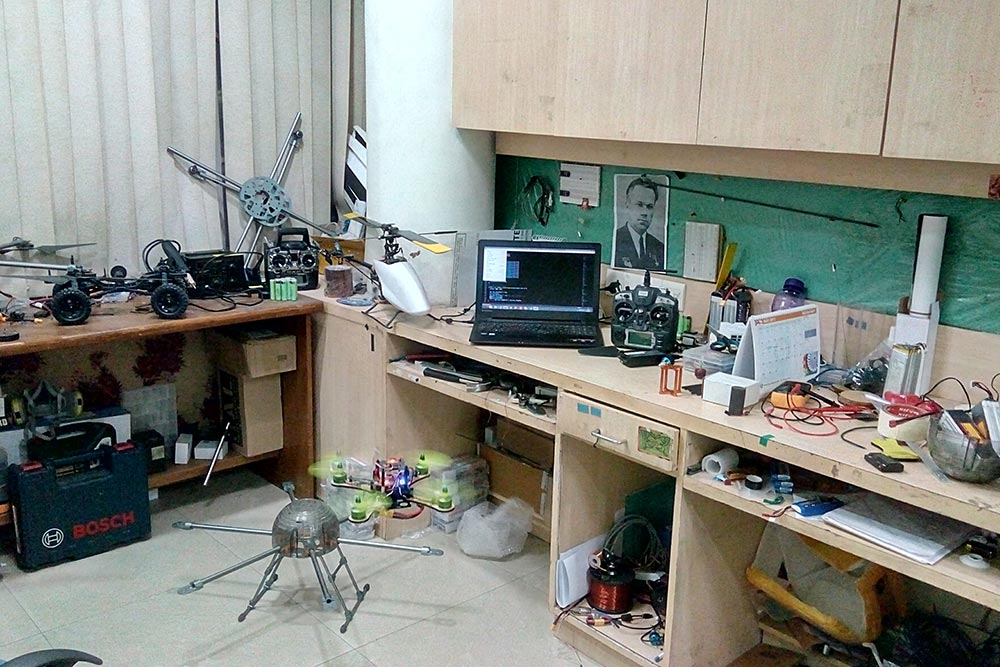 The emergence of early-stage venture capitalists in the past three years has caused a sea change in the startup scene.

Poyni Bhatt, chief operating officer of the Society for Innovation and Entrepreneurship (SINE), IIT Bombay, says their focus is only on technology-based products and not services as most of their student/alumni entrepreneurs have a tech and engineering background. “We have had a fairly good success rate of 65-70 per cent. We invest only on a case-to-case basis. Our selection process is very ard­uous and review-driven, so the success rate is higher,” says Bhatt. “We have so far supported around 110 startups in our incubator and accelerated programme. Around 25 of these have folded up as they could not take it up further. We are still engaging with 45 startups.” SINE has so far put in Rs 3 lakh to Rs 25 lakh each in 50 startups across various programmes.

Deepanwita Chattopadhyay, CEO of IKP Knowledge Park (erstwhile ICICI Knowledge Park), points to the emergence of early-stage venture capitalists in India in the past three years as a sea change in the startup scenario. “Their focus is on impact venture. Most do not specialise in a specific industry, but there are also sector-focused funds in healthcare, edutech, fintech. Then there are funds based on impact and large opportunity,” says Chattopadhyay.

Backed by several funding partners, including NSTEDB and BIRAC, IKP has so far raised around Rs 114 crore and funded around 100 startups and academic innovators who go on to start their own ventures. IKP has been promoting ventures in life science, material science and healthcare at the Hyderabad facility, and technical innovation at its Bangalore setup. 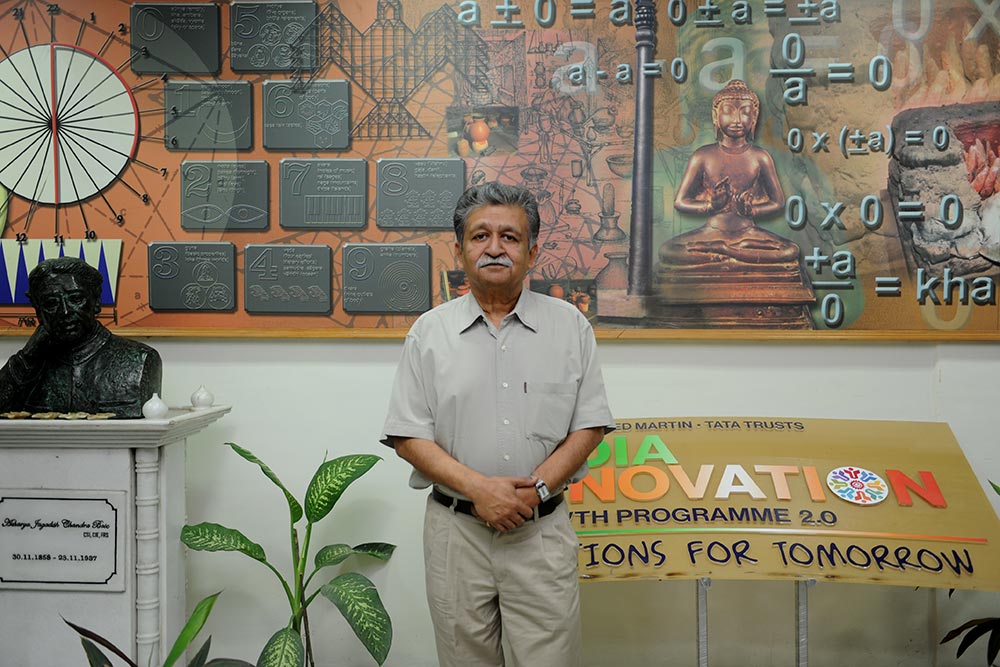 Chattopadhyay says a large number of startups that come to the incubator ­survive beyond three to five years in a sustainable manner. However, huge success is restricted to a few, which is normal as not many reach the Rs 10 crore turnover mark. Among IKP’s successes is Laurus Lab, a pharmaceutical company that made an initial public offering (IPO) last December and was valued at Rs 4,500 crore. Several other companies nurtu­red by IKP and other incubators are recording global sales or have managed to raise tidy funding.

The Centre for Innovation, Incubation and Entrepreneurship (CIIE) at IIM Ahmedabad has seen equity invest­me­nts of Rs 20 crore, besides grants of Rs 16-17 crore in various startups ranging from clean technology to agriculture enterprises, financial services and emerging areas. Priyanka Chopra, chief operating officer of CIIE, says their accelerated programme of three to four months focuses on a wide range of sect­ors, including ICT, health, agriculture and clean energy and is quite a success. Last year, the “Power of Ideas” entrepreneu­rial contest conducted by CIIE, with support from several partners, had attracted more than 90,000 entries. Only 75 were selected, trained and mentored, and 25 were finally ­given financial support. Similarly, ­under the accelerated programme, hardly two or three get financial support from CIIE, but many of the others get support from other investors. 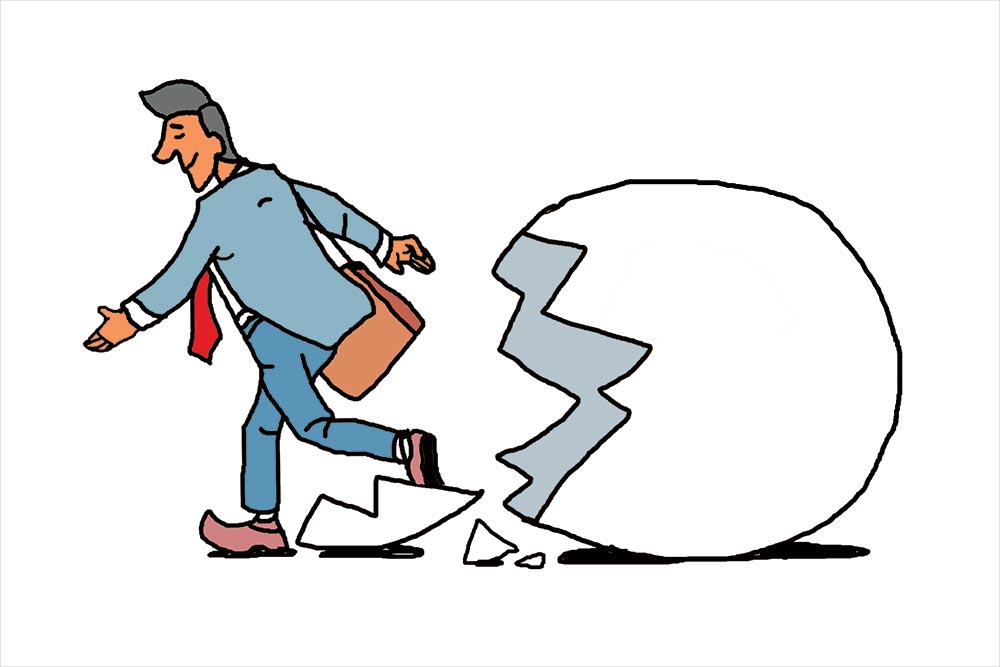 Chopra says the chances of a startup taking off and surviving improves with an incubator’s support. In CIIE’s case, while 70 per cent are generating revenue and providing employment, around 25 per cent are doing really well and have raised funds for expansion. The success of CIIE-supported startups can be gauged from the fact that for every rupee invested by it, Rs 20-25 has been raised from the market, which reflects the quality of innovation or startup.

Prof Anil Gupta, executive vice chair of the National Innovation Foundation (NIF), highlights the fact that more patents have been filed in the inf­ormal sector than in the formal. “We have not harnessed even a fract­ion of the existing potential,” says Gupta, pointing to the data maintained by Techpedia, an initiative at SRISTI, giving information about 1.8 lakh inno­vations done by more than 5,000 students, many of whom have received cash awards for their work. Many may not translate into viable projects; Gupta stresses on the need for “in situ virtual incubation” to encourage young investors.

“A major gap in the current ecosystem is that everyone wants to harness mature fruits by funding startups whereas the proof of concept to prototype products and further to products of utility are not being funded,” says Gupta, who is also a professor at IIM Ahmedabad. “It is a long and arduous journey that is not being supported ade­quately. We must start with students when they are young.”

To further improve the scenario for innovation, inter-institutional collaboration has to be encouraged more proactively, particularly by industry lobbies. Another hurdle to India’s startup story, according to Mittal, is the low threshold of aspiration of many entrepreneurs. They get satisfied on reaching an aspiration plateau of Rs 20-25 crore turnover. Fear of hiring professional managers and losing control is known to stall many a startup growth story.