It’s only January, but Marathwada’s fields are already bone-dry 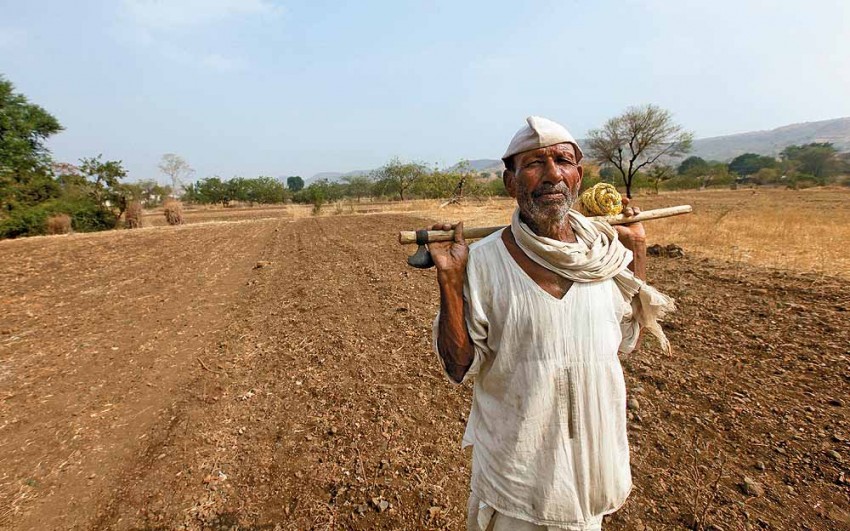 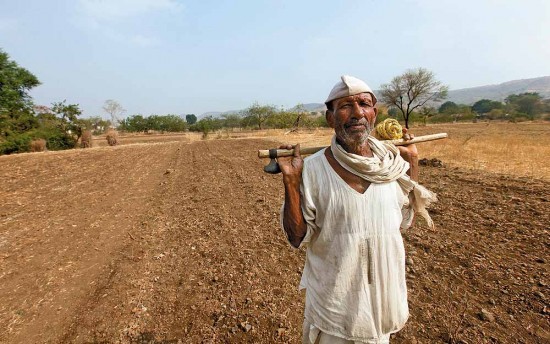 The tehsil officer at Vahera village in Beed district of Maharashtra was having a hard time of it, after being held hostage for an entire day by a mob of about 100 villagers. The crowd was blocking the road outside a relief camp for animals because they had run out of fodder. The police managed to calm the villagers finally, with a mix of arrest threats and the promise of fodder for the cattle. But by then, the villagers had hijacked a tanker full of water destined for another village.

In Marathwada, after a second consecutive year of insufficient rains, farmer desperation is hitting new lows. In most parts of Jalna, Aurangabad, Usmanabad and Beed, water comes only in tankers. Known for its sweet lime orchards, Beed’s farmers are today staring at a bitter harvest, even cutting down trees to ensure more water for the healthiest ones. Cattle have been grouped into camps where water is being provided by the government. “We were told this camp is no longer recognised and that we should shift the cattle to the next village. There have been 600 animals here since December,” says R. Jhanje, adding that the present camp itself is three kilometres from the village. “We are juggling between attending to our drying crops and our starving livestock.”

In Beed, seven such camps look after anywhere between 500 and 3,000 cattle per camp. Managed by the milk and sugar cooperatives and funded by the state, the camps are today literally life-savers for the locals. The camp at Shindewadi in Ashti taluka is packed with over 3,000 cattle. Although the cattle are being fed regularly now, both the families and the managers are sceptical about how long this can be sustained. “Even if we get water and fodder from outside, it will not last beyond a couple of months,” says a manager. “Where will the government get it from? There is no water anywhere nearby.”

The man is right. The state, at best, has a 48 per cent water storage record; in Marathwada this is just 17 per cent. Over 900 villages now get water through tankers and 401 camps for livestock have already come up. The monsoon, meanwhile, is a good six months away.

In a region where nearly half the people travel to work as labourers in faraway sugarcane fields, it’s hard to tell how many have actually been prompted to leave due to water scarcity. Locals say the number this time could be as high as 75 per cent. Some families like Shantabai Bhausaheb Bohar’s are staying at the cattle camp itself. Her husband makes two trips a day here where the women are tending to the cattle. Others have left to cut sugarcane and won’t be back for 4-6 months. The men left behind must guard their failed crop too as thieves eye it for whatever it’s worth, even as fodder.

The situation is similar in most parts of Jalna but there are no camps yet for the cattle. Jalna collector Shyam Deshpande says this is the only district where all 970 villages are eligible for the “drought-hit” tag. “We received only 46 per cent rainfall and of 120 days of monsoon, 71 were no rain days,” he says. In Bazar Vahegaon, the houses are mostly empty with grandparents and young children idling around. Babanbai Waghmare is one of them, living alone with her four-year-old granddaughter while her two sons, daughters-in-law and their three other children slog it out at the brick kilns. Ask if she’s comfortable with the arrangement (which may go on till July), she says, “It’s better this way. We get 10 pots of water every 15 days. Only two people can manage with that amount. Where will we get water for everyone if they are here?” For around `80, people buy a ‘drum’ which is around 200 litres. The rest wait for government tankers and keep trying their hand at the stubbornly dry handpumps.

An agonising fallout of the drought is also the absence of children in schools. Sarva Shiksha Abhiyan coordinators say fewer parents have attended meetings in the past two months and it is becoming hard to retain children in the classes. Many may have followed their parents to the sugarcane fields. But the children may return. And for no other reason than that the parents, landless labourers, may be heading back to the homesteads since there is no work on the farms either.

The farmers, meanwhile, wander aimlessly on their sweet lime farms, for which Jalna is famous. It takes around six years for a tree to bear fruit. And with proper care, it gives a good yield for another ten years. But water is an absolute necessity to make the fruit juicy. It doesn’t sell if it isn’t.

Many have cut the fruits already, hoping the tree will survive. Fruits on many of them resemble a bonsai sweet lime—yellowing and wrinkling and half their normal size. “We are in the process of cutting a few hundred trees so that the remaining get enough water to survive. We have suffered losses for the second year running now. It’s the personal loans taken by family members (teachers at the government schools) that are keeping us  going,” says Suresh Lahuri. His own loans have piled up to over `7 lakh now, and there’s no respite in sight.

Some farm owners have ponds on their land but those too did not collect enough water due to the poor monsoon. Wells are routinely 90 feet deep and borewells as deep as 300-500 feet. Locals are scraping the last bit before they dry up and the bigger farmers are buying water from neighbours at about `18,000 per month. “Of course, there is no guarantee how long this can go on. Maybe another month,” says Dhyaneshwar Kale. The state is trying to encourage the construction of storage ponds and wells under the employment guarantee scheme, hoping the next monsoon will alleviate some of the distress.

The old people in the villages compare the current situation to the 1972 drought. “There was no food but at least there was water. This time I feel it might be worse. Our crop has wilted in the sun and I have no water,” says Raosaheb Nikam at Naigaon village on the Jalna-Beed road. Eight families from the village pooled in to dig a 500-feet-deep borewell but that too is drying up. To make matters worse,  the village is neither the ‘worst affected’ or populated enough to get noticed. And there are many, many more like these.

On January 9, CM Prithviraj Chavan announced that each district official will be allowed to use funds worth `2 crore to tackle drought problems. So far, the state has provided `414 crore to help the water supply department enhance availability, he says. The state government has also apparently spent `214 crore on camps and `684 crore for fodder distribution so far. “We’ll do everything that is administratively possible for the villagers in Beed—whether it is tankers or fodder or camps. Depending on local needs, we will strengthen efforts,” says Beed additional district collector S.P. Taksale, who’s a local and well acquainted with the ground situation.

More than 100 talukas were declared drought-hit in August 2012 and farmers had hoped they would get additional water supply, fodder and low interest loans to tide over the crisis. At Vakulni and Bazar Vahegaon in Badnapur and Chikangaon in Ambad talukas in Jalna, farmers have tried to borrow money from nationalised banks to maintain their livestock. However, they say the banks are reluctant to give money. “We end up spending more money making trips to the banks and getting papers ready. All this for some water! We can survive on little but the cattle can’t be kept hungry and thirsty,” says Narayan Kharebarad at Chikhalgaon in Ambad.

The sentiment is echoed far more vociferously at Vahera in Ashti, where the villagers have threatened hunger strikes and road blockades. Amidst chaotic demands to the tehsil officer, one of them says, “Why are you so stingy about camps for cattle? Soon we will need camps for humans also.” The crowd, lost in the hopelessness of their situation, suddenly bursts into a brief bout of laughter and giggles, as a wryly smiling officer looks on. It’s a brief moment of respite in their parched struggle.