With A Shadow Of Doubt 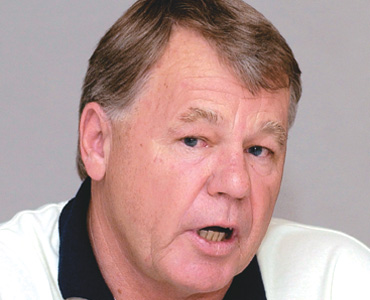 outlookindia.com
-0001-11-30T00:00:00+0553
Mike Procter is a man with a past. One of the outstanding allrounders in the history of the game, he was also one of the most unfortunate—he played only nine Tests. The reason was South Africa's apartheid policy, which may also have coloured his views about the 'rebel' tours to the country in the 1980s. In a biography of Graham Gooch, Procter hailed the rebel cricketers as "brave men, supportive of multi-racial cricket in South Africa". By contrast, Mike Brearley calls the South Africa of those days as "the most terrible of all the racist scenarios". Former West Indian captain Clive Lloyd called it a system "contrary to humanity".

The background and his history of dubious decisions as match referee make Procter's role in the Andrew Symonds vs Harbhajan Singh row somewhat suspect. An extract from his judgement says: "I have heard evidence from Andrew Symonds, Michael Clarke and Matthew Hayden that he (Harbhajan) did say these words. Harbhajan denies saying these words. Both umpires did not hear, nor did Ricky Ponting or Sachin Tendulkar. I am satisfied and sure beyond reasonable doubt that Harbhajan Singh did say these words." Procter does not explain how his doubts, if any, were removed by the testimony of the Australian players.

Clearly, the Australians' words weighed in heavily with Procter, for some reason. Symonds, in his newspaper column, said that "he had a go at" Harbhajan before the alleged incident. Procter simply rejected that as "irrelevant". Why?

Several Indian commentators, including Sunil Gavaskar, asked why should it not be considered a decision influenced by the race of the two men on whom Procter sat in judgement. "Millions of Indians want to know if it was a 'white man' taking the 'white man's word' against that of the 'brown man'," Gavaskar wrote in his column.

In 2006, as the Oval Test hurtled towards disaster after umpire Darrell Hair charged the Pakistanis with ball tampering, Procter was accused of simply sitting on his hands. Three years before that, he had banned their wicketkeeper, Rashid Latif, for claiming a catch after the ball had touched the ground. The Pakistanis believe Procter was biased against them. And now, so do the Indians.