Wire To Cut All Wires

The approaching footsteps of JioFiber broadband throws others into panicked activity 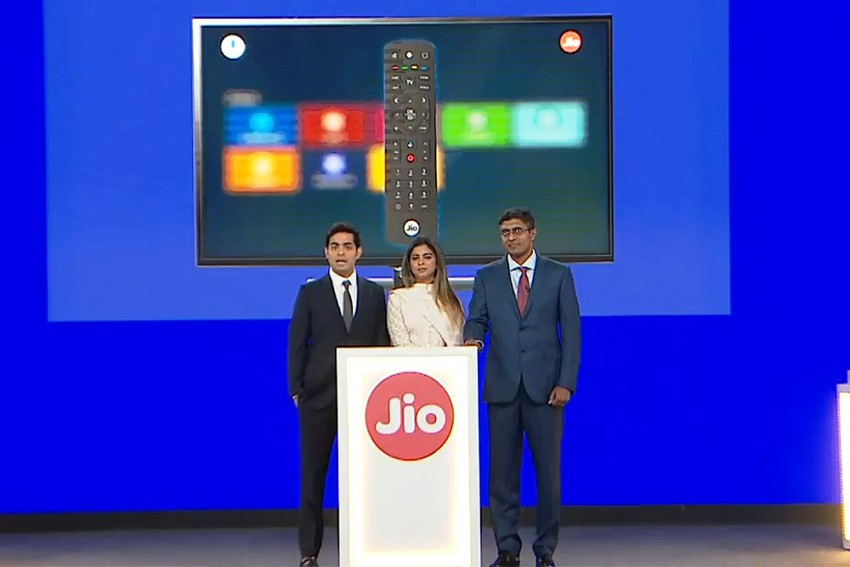 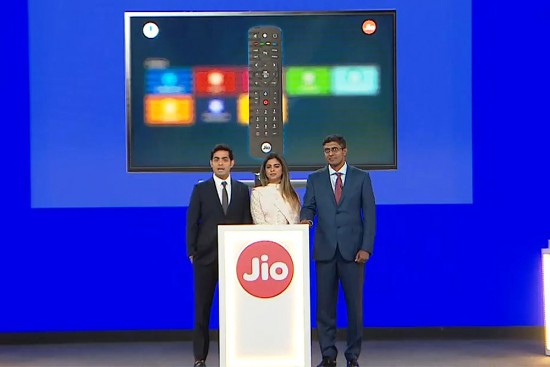 Thus goes the proud, and loud, declaration on Jio’s website. Even before the service has been launched, and the first subscri­ber enrolled, Reliance Jio is clear about its intention regarding its high-speed broadband service JioFi­ber—it wants it to be the market leader.

Though the services are scheduled to be launched only on August 15, it is alr­eady the Next Big Thing in the Indian telecom and broadband market. No one is taking it lightly.

Soon after the announcement of Jio­Fi­ber earlier this month, shares of inc­um­b­ent broadband service providers, like Den Networks and Siti Cable, tanked significantly, some by as much as 18-20 per cent.

Naturally, all players are wary of Jio­Fiber’s possible impact on the market. Obviously, this is because of what Jio Telecom’s effect on the voice and telecom market. Soon after its launch in September 2016, Reliance Jio Telecom disrupted the entire telecom and voice market in India by giving lifetime free voice services, coupled with dirt-cheap high speed 4G data. Jio’s has been one of the fastest growth stories across the world. In just 22 months, the company has amassed 215 million subscribers—roughly 20 per cent of the voice market. And it is growing at a significant pace.

Incumbent players and analysts alike expect JioFiber to be as big a game changer as was its telecom sibling. Bey­ond being wary, some firms are forced into aggression and are either preparing their war chest to fight the onslaught or have started coming up with sugar-­coated offers to ret­ain or acquire customers.

According to the company, the Jio­Fi­ber broadband service will have an optical fibre backbone and will offer speeds of 100 mbps going up to 1 gigabyte, a standard so far achieved only by big global operators. JioFiber’s drive is refl­ected in Isha Ambani’s assertion during the announcement of the service. “Gone are the days of Mbps, now it will be all about Gbps,” she said.

The JioFiber broadband service would be available in 1,100 cities to start with, when fibre broadband connectivity will be given to individual homes, merchants and small and med­ium enterprises. The service will use the FTTH (fibre to the home) technology, under which the fibre directly reaches a user’s home, as against the current practice of last mile access by copper.

However, Reliance Jio will not be the first operator to use the FTTH broadband technology. At present, market leader and state-run Bharat Sanchar Nigam Limited (BSNL) also offers broadband services using FTTH in Calcutta and Chennai. Obviously, JioFiber’s service will start with the advantage of going to many more cities at high speed. Further, being on a larger scale and more aggressive in its pricing and bundled offers, it is expected to be more disruptive, especially for home broadband users. JioFiber’s pilots in several cities have had quite a successful run.

Currently, BSNL has the largest exposure among wired home broadband users and many of them are on BSNL’s optical fibre network. However, the lines are often not robust and there have been complaints of bad service and connectivity issues.

As in Jio Telecom, JioFiber is expected to play aggressively on price and offer data speeds of 100 mbps, at least initially, at an attractive price and also offer free data, much the same way it did with voice.

Importantly, and most worryingly for its competitors,  Jio will now be present in all the segments of the telcom-­data-TV ecosystem and will aim for a stranglehold over customers. According to the company, JioFiber will come with JioGigaTV, which will be fed by the broadband service and operate through a set top box that will be bundled with the broadband service for a cost. This will complete the voice, data and TV triple play for the company. JioFiber will also offer smart home technology and TV calling. Add to that services like video conferencing and gaming and you have a complete bouquet of offerings.

Says Raja Lahiri, partner, Grant Thornton India LLP, “Key today is ‘data’ for com­munication and fundam­en­tally, flow of data is through the ‘fibre’—one could say the container/pipe to carry the data. Hence, the strategy looks like is to first acquire the consumer through telephony and content and then you bring in the fibre. This is a full-blown value chain integrated offering and an integrated player will clea­rly have competitive adv­an­tage. This is like a backward integration and one could consider this cau­­sing disruption in the market and impact existing players.”

Once Jio combines its 4G services with JioFiber, it will have enough weapons to tackle both voice and data telecom players with one big hit.

What other players dread is also the fact that after its August launch, JioFiber will be able to scale up rapidly at a fast pace as it has already laid optical fibre across many cities. Once it connects the last mile to users’ homes, the connections can go live. And that is not a very difficult or time-consuming job. In fact, analysts feel, Jio can even piggyback on existing last mile access operators and small, regional companies and connect its backbone to offer services to homes.

However, despite its advantages, it may not be a cakewalk for JioFiber, as the Indian market throws up unique challenges. Laying fibre across the country could be a big challenge, as is reaching people’s homes, especially in an era of community living where entry permissions are difficult to get. “Telcos are fretting over Jio’s voice offering. Now, with JioFiber plans, they will have even more to worry. But this consolidation, post the coming of JioFiber, will take much longer. To deploy pervasive fibre is not a trivial task. Among them, right of way is a big challenge. Costs are also very high, and permissions are req­uired from multiple agencies. It can rep­ortedly cost over Rs 1 crore plus per km to dig and put fibre in Lutyens Delhi,” says Mahesh Uppal, dir­ector at telecom consultancy Comfirst.

Having said that, he still feels that Jio is best placed to do this, given their clout and deep pockets. “Jio has disrupted the voice market and is doing much the same in broadband. But one must remember that Jio is still the second, not primary, connection for most people,” Uppal says. And that is the model Jio­Fiber may start with in broadband as well.

Panic reactions have already sta­rted among incumbent players. App­ar­en­tly, Airtel has slashed broad­band tariffs and is even offering discounts. BSNL has introduced new low-priced plans to retain customers and is desperately working on acquiring new ones. It has also increased the free usage limit on many of its existing plans. Other firms have also been forced to relook at their offerings to stay afloat against JioFiber’s war cry. Once Jio starts combining its 4G services with its JioFiber broadband, it would have enough in its arsenal to take on both voice and data telecom players, as well as broadband operators with one big hit. Many existing players will find it difficult to survive.

Naturally, there is a lot of anticipation among users for JioFiber. Having tasted incredibly great deals with Jio telecom’s free voice and cheap data services, Indian users are anticipating similar offers for its broadband service. And JioFiber may oblige, for it aims to garner subscribers in this fiendishly competitive telecom and broadband landscape. When battle is joined, it will be interesting. Come August 15, JioFiber may introduce Indians to a new broadband freedom.