Wiped Out Whiteboards: Protests Against Manipur University VC Spiral Out Of Control

Students warn of more intense agitations if their dem­and to oust the Manipur University vice chancellor Adya Prasad Pandey is not met. 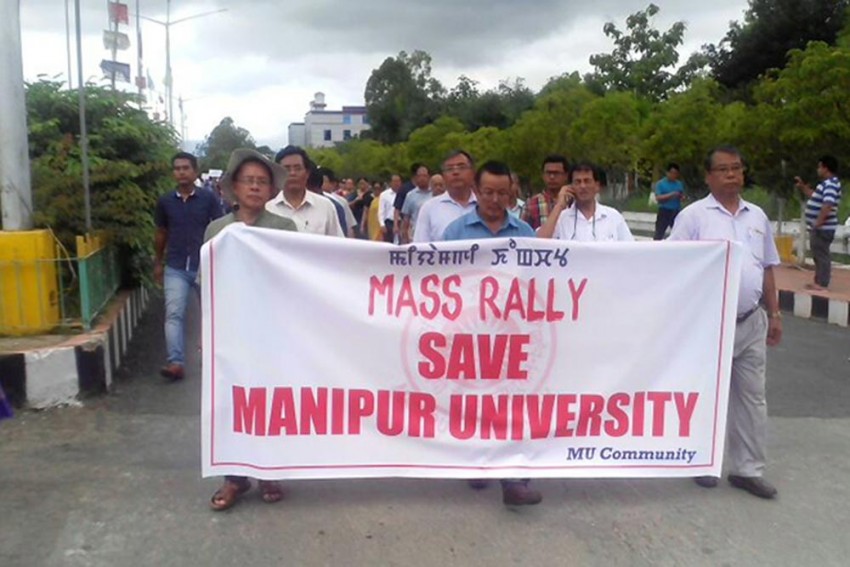 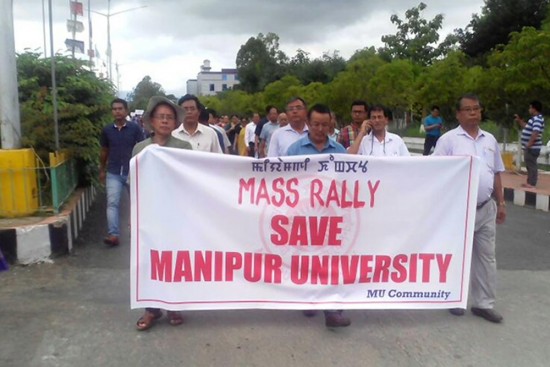 MUSU’s charges aga­inst Pandey include fin­­ancial and adm­­inistrative irregularities, fre­­quent absen­teeism and a violation of Sec­­tion 22 of the Manipur University Act, 2005, which makes it mandatory to assess the current financial year’s performance and prepare annual objectives for the future.

On June 24, Pandey clarified: “I will not tender my resignation. I am here to serve the university”. He also dismissed the allegati­ons as false. Amar Yumnam, HoD, Economics, says that repeated warnings to Pandey have failed and that teachers were left with no other option. “Since the agitation has not resulted in an appropriate response, the HoDs had to join the general demand”, he says. The students and teaching community have commenced a relay hungerstrike from July 9, and the 86 col­leges affiliated to the university have clo­sed down.

MUSU president M. Dayaman says they would settle for nothing less than Pandey’s resignation. “We are aware of Pandey and his despotic administration; our allegations aren’t false. We feel the BJP-led government is siding with the VC instead of looking at the facts,” he says. A 48-hour state-wide bandh called by the MUSU commenced from July 17 midnight to press for the VC’s ouster.

Meanwhile, Chief Minister N. Biren Singh met Union HRD minister Prakash Javadekar in New Delhi to apprise him of the imbroglio. Sources say he had urged Javadekar to rev­iew the members of the fact-finding panel tasked to probe the charges against Pandey. The HRD ministry had constituted the committee on July 12, with UGC officer J.K. Tripathy and HRD ministry official Surat Singh as members. MUTA feels the inquiry committee is not credible and says its mem­­bers are acquaintances of Pandey.

The non-declaration of semester exams has also riled students, some of whom sto­rmed the CM’s bungalow in protest. Students warn of more intense agitations if their dem­and to oust the VC is not met.

By Chaoba Paojel in Imphal