Will It Go Underwater? 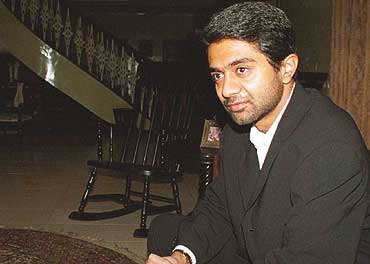 outlookindia.com
-0001-11-30T00:00:00+0553
A non-bailable warrant (NBW) has been issued against Abhishek Verma by the Hauz Khas sub-divisional magistrate, Delhi, following an Enforcement Directorate complaint. This was for non-compliance in paying a penalty of Rs 50.56 crore in six FERA violation cases. Verma is also linked to the Naval War Room leak case, suspected to be a middleman in the Rs 18,000-crore Scorpene submarine deal. The man’s had a long brush with the law, and was even accused by the CBI of procuring a passport under false pretext. Son of ex-Congress MPs, Shrikant and Veena Verma, he reportedly went underground, holing up at the home of a senior party leader.

Last year, the ED, after a five-year investigation, had slapped the Rs 50.56-crore fine against Verma’s company as well as his employees. The adjudication process, passed by S.K. Panda, ED special director, slapped the penalty in six cases on Verma and the maze of companies he is associated with. The ED had initially filed nine FERA cases, but Panda adjudicated orders only in six, involving three companies linked to Verma—M/s Savvy Footwear (P) Ltd, M/s Esam Trading Co Ltd and M/s Kudos (P) Ltd. In one case, the ED even alleged that Verma had made investments in offshore bank accounts under fictitious names and that this was borne out in an investigation by the Serious Frauds Office, a British investigative agency. For now, Verma has managed to get a breather with the HC staying the NBW following an application by his lawyers.