Will It Be Smriti Vs Mayawati? 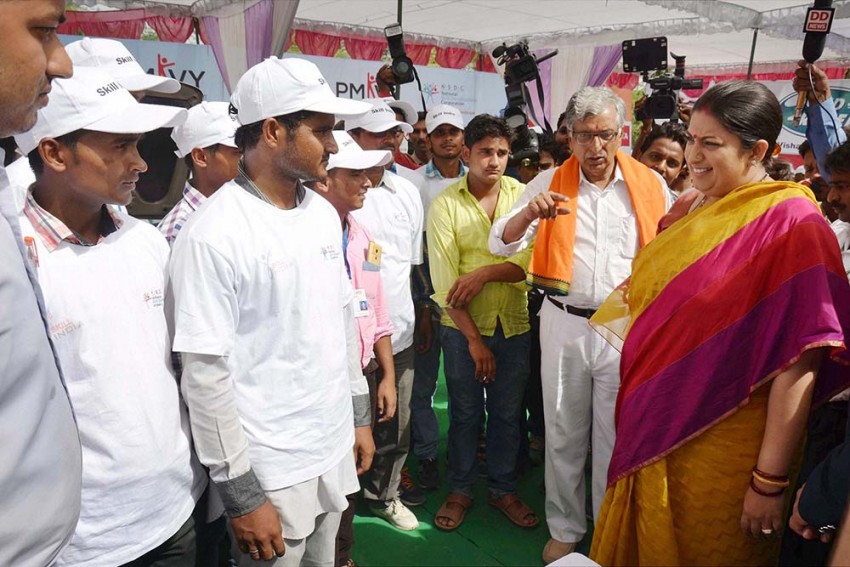 Skill-Billed
Smriti Irani meets youth trainees of Kaushal Vikas Yojana
Photograph by PTI
Outlook Bureau May 27, 2016 00:00 IST Will It Be Smriti Vs Mayawati? 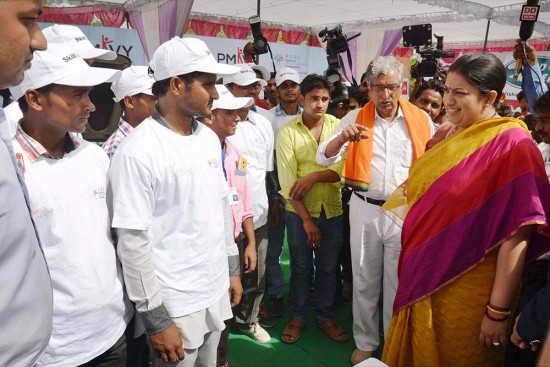 They had a face-off in the Rajya Sabha in February. And if HRD minister Smriti Irani is indeed declared the BJP’s chief-ministerial face in UP, where assembly elections are due by next March, it could well pit her against BSP chief Mayawati again.

While opinion polls have been hinting at a BSP revival and predicting that the party could win as many as 180 seats if the elections were held now, BJP leaders have been at pains to dismiss them. The ruling Samajwadi Party, they suggested in newspaper interviews this week, is in relatively better shape than the BSP for the electoral battle.

In the assembly of 404 members, the ruling SP has 224 members, followed by the BSP (80), BJP (47) and the Congress (28). Since 1996, when it won 174 seats, the BJP’s tally has never crossed the half-century mark. But this time, the Modi-Shah duo seems determined to reverse the party’s fortune, though the party is unlikely to reveal its strategy so early. Party chief Amit Shah has dismissed speculation that following its success in Assam, where the BJP projected Sarbananda Sonowal as its presumptive CM, it would do so in UP as well. Different states, Shah has said on record, require different strategies.

Indeed, given the large number of claimants for the CM’s post, a suggestion doing the rounds in BJP circles is that the state be divided into four zones, each under one leader. The zone that fares the best at the hustings will have a greater claim to have its leader installed as CM. This will have the added advantage of keeping caste rivalries among leaders on a leash.

BJP leaders believe that they have several advantages going into the election next year. Not only was PM Narendra Modi elected from the state but 71 of his partymen were also elected to the Lok Sabha from here, far exc­eeding the 10 the party had won in 2004 and again in 2009. The party organisation is also in a better shape than in previous elections. With money not a constraint and Union home minister Rajnath Singh being a former UP CM, the odds are in their favour, hope party leaders.

While Modi’s Shaharanpur rally last week showed that the party will go all out to fight it out in UP come 2017, observers say it will still be an uphill task. There are 200 assembly seats in the state, they point out, which the BJP has not won even once in the past three elections. There are 60 seats that the party has never won, they claim, while it has been alternately winning and losing in 100 more constituencies.

Not A Camp Charade