Will He Take A Rain Cheque?

The agriculture ministry resorts to ineffective measures, and puts its hope in a delayed monsoon 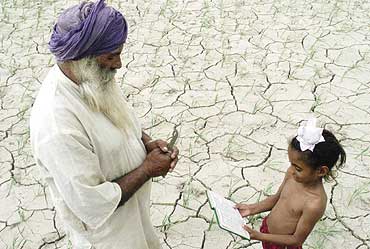 But the agriculture ministry finally woke up last week to face the grim reality of a widespread drought in the country. After meeting the agriculture and relief ministers of the 12 affected states on Wednesday, Union agriculture minister Ajit Singh had little option but to concede that it was the worst drought in the past 12 years. Consequently, the ministry has come up with a package to salvage the current drought situation in states like UP, Haryana, Punjab, Madhya Pradesh, Rajasthan and Karnataka. Some of the measures include: