Why We Should Let Aurangzeb Road Be 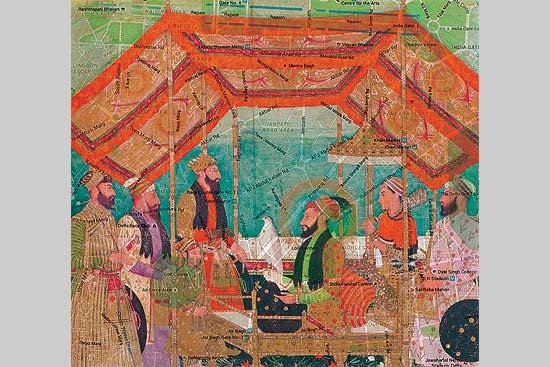 Successive generations of Indians go through school with a formidable disdain of mathematics, Sanskrit and history. Math, to be fair, is still seen as useful for the handful with aptitude for it. Sanskrit is good for easy scoring. But time spent on history is a total waste, to be learnt by rote (dynasties, names, periods, dates of wars) and then forgotten. Our view of history was defined by that evergreen song in 1962 Dharmendra-Mala Sinha starrer Anpadh, ‘Sikander ne Porus se ki thi ladayi, jo ki thi ladayi, toh main kya karoon (OK, so Alexander and Porus fought a war, but so what if they did, why should I bother?)’

Again, in north Indian folklore, Muslim rulers, with the exception of Akbar, were all thugs who beheaded and blinded brothers, sons, fathers and enemies with equal joy. This may explain the near absence of any popular outrage when a road named after Aurangzeb is renamed after A.P.J. Abdul Kalam. The reaction is, toh main kya karoon?

It is not possible, however, to apply the same test to roads built in most of its newer, post-Independence sections. I live in a colony abutting a section of Outer Ring Road, one of the capital’s widest and busiest avenues, called Gamal Abdel Nasser Marg. This isn’t a name of such distant history that you could overlook it through ignorance or indifference. We have seen Nasser lionised as a hero, one of the Non-Aligned Movement Trinity with Jawaharlal Nehru and Marshal Tito. And then, more recently, he has re-emerged as a demon, a destroyer of democracy and freedom in his native Egypt. His legatee Hosni Mubarak was overthrown in the Tahrir Square uprising and millions of Egyptians have been itching to strangle him. You tell somebody in Cairo you want a landmark named after Nasser, you may be lynched. But if you are an old, socialist Egyptian nostalgic for Nasser, come to New Delhi, and look a hundred metres from where I live.

A couple of kilometres east on the same boulevard, past its Ashoka tree-lined section through Panchsheel Park, and Nasser meets old “Non-Aligned” fellow-traveller and comrade, Tito, as the north-south Josip Broz Tito Marg intersects it. Tito was a greatly admired and feared figure in his native Yugoslavia until it began to unravel 1990 onwards, along with the entire Eastern Bloc, setting off many conflicts in the Balkans. A large number of roads and landmarks named after him (and there were more per million Yugoslavs than those named after the Nehru-Gandhis in India) were restored to old names. Among the first was Montenegro (made famous lately by Lalit Modi), whose parliament returned its capital city Titograd to the original Podgorica. The town of Titovo Uzice returned to being what it was, Uzice. His landmark statue in his Croatian birthplace Kumrovec was bombed and destroyed in 2004 (restored twice later).

In Slovenia, while some of the older landmarks named after him remain unchanged, a court ruled naming any fresh streets after him unconstitutional. The name Tito, the court said, didn’t just symbolise liberation from fascists in World War II but also “grave violation of human rights and basic freedoms”. Of course, that doesn’t bother anybody in Delhi. We, in fact, chose this avenue for our own failed revolution, the Utopia of Bus Rapid Transport, or BRT.

Some romantic nostalgia for Tito is back in the Balkans now, as years mellow hatred, but I do not believe any visitor here would feel much sense of gratitude seeing a road named after him any more than an Egyptian would with Nasser Marg. Either of these, or probably both sections together, could have been renamed after Kalam. It would have even been more apt, given that at the western end of the beltway was a section called Keshav Baliram Hedgewar Marg, after an almighty former sarsanghchalak. But then the fun was not in naming after Kalam, but in erasing Aurangzeb.

Delhi may be more famous as the capital of the Muslim rulers from the 12th century onwards and then of the British, but it morphed into an ideological city only in the Indira-Nehru years. The new diplomatic enclave started all right as Chanakyapuri, named after the author of the fundamental Indian treatise on governance and diplomacy, so formidable that in an entire sub-city named after him a major artery also carries the adulatory title he earned: Kautilya. The sovereign he served, Chandragupta Maurya, has a relatively minor link-road in his name and it is isn’t because one was an Maithil Brahmin and the other a Kushwaha (though I may be giving ideas to the BJP, which is so desperate for Kushwaha vote as to revive the cult of Ashoka the ‘Chakravarti’ (or conqueror) even if he came to be “the Great” because he renounced conquest). 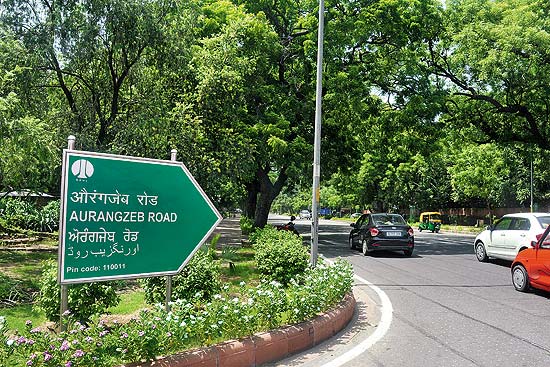 It was, on the other hand, an early and formal acknowledgement that in this capital, it was the bureaucrats who wielded power, not the rulers, hereditary or elected. In the initial plan, the main avenues that converged on Chanakyapuri’s centre were prettily named after Panchsheel: Shanti, Dharma, Nyaya, Niti, Satya. (See a delightful essay on Delhi’s street names by historian Narayani Gupta in Celebrating Delhi, Penguin/Ravi Dayal, 2010.) Then the Cold War took over.

A road named after Simon Bolivar, “the liberator” of Latin America, made sense, particularly as India had positioned itself as anti-imperialist. But Ghanaian dictator Kwame Nkrumah? A road in Delhi honouring a man who hailed himself “the Redeemer” and famously declared that “capitalism is too complicated a system for a newly independent nation”. By the time he was done (deposed, actually, in 1966), Ghana was in political turmoil and economic ruin from which it still hasn’t fully recovered despite commodity booms. After several successive coups and chaos, it has taken Ghana four decades after Nkrumah to attain a degree of democratic stability, but missions of the Netherlands, Italy and Canada are on the road named after the old dictator.

No one is really going to exult on seeing Delhi’s Tito and Nasser Roads. So why not name one of them after Kalam?

Within Chanakyapuri and around, you see history in road-signs, and revolutionary history, not our own but the rest of the world’s, with a Latino bias. There is Argentinian Gen Jose de San Martin (1778-1850), who liberated Chile, Peru and Argentina. National hero of Uruguay (you hear the country’s name in FIFA World Cup season) General Jose Gervasio Artigas is there, not far from Mexican reformer Benito Juarez. Philippines makes an appearance with Jose Rizal, whose death in 1896 sparked a revolution. Turks do very well, with Kemal Ataturk getting the pride of place, connecting Race Course Road crescent to Chanakyapuri, and the more contemporary Turgut Ozal is around too. You have to move the map far to the centre, sort of east-wards, to find Archbishop Makarios, and no, he is no “evil proselytism” missionary whom secularists patronised, like Mother Teresa (although the old Willingdon Crescent was renamed after her during the Vajpayee government). He was the Cyprus strongman with a complicated legacy. Why has he been given such an exalted status in Delhi? Because he named a landmark similarly after Indira Gandhi.

In short, while we obsess over the Mughals, there are roads named after revolutionaries, generals and dictators from all over the world but with a distinct Cold War flavour. We have given a key section of the Outer Ring Road to assassinated Swedish Prime Minister Olaf Palme, who sold us Bofors but didn’t tell us whom they gave bribes to. Mongolia and its capital Ulan Bator were painted on our TV screens when Narendra Modi apparently discovered a marvellous new country for India. Look left as you drive out of Terminal 1 at Delhi’s airport. You will see Ulan Bator Marg. It will later fork to lead you into Delhi Cantt or Dwarka. How it got there, I don’t know, but probably in Ulan Bator there is a road named after Delhi, or a Nehru-Gandhi, more likely.

There is a distinct ideological slant to our street names. I have struggled to find a road named after any American other than a 200 metre lane leading into the India International Centre with the name of Joseph Stein, its architect. There is no Lincoln, Martin Luther King, Kennedy, Einstein, Charlie Chaplin, Donald Duck, Mickey Mouse--any of the world’s greatest authors, artistes, even cartoon characters that I know of. Of course we find Tolstoy and Copernicus, but no Westerners except the odd Sanskritist, like Max Mueller. It’s an aside, but a significant one, that across India it is a tough to find something commemorating an American. Kolkata has a park named after Chaplin, but he was a comrade, and my favourite Amritsar has a Kennedy Avenue, confirming that Punjabis are the one truly westernised community. If you find any more elsewhere, do let me know.

We honour everybody else’s generals, but not our own. Field Marshal Manekshaw is our most famous soldier. Finally now, the army has built its large new conference centre in his name in Delhi Cantt. Some other chiefs also find mention in the Cantt. In New Delhi, there is a lane behind Sarojini Nagar named after Brig Hoshiar Singh (posthumous Maha Vir Chakra, Bomdila, 1962). Then, the ultimate insult, an avenue in Lutyens’ Delhi named after V.K. Krishna Menon, who as defence minister, gifted us our greatest military humiliation in 1962.

After Rajendra Prasad, Radhakrishnan, and Zakir Hussain, Kalam is now the fourth former president to own a road in New Delhi. Other political leaders have also found their niches, including relatively minor caste or community leaders. The office of Outlook is located in a commercial centre abutting Chaudhary Jhandu Singh (Phogat) Marg in South Delhi’s Safdarjang Enclave. All I can find on chaudhary sahib is that he hailed from the nearby Mohammedpur village, was a protector of cows and set up many gaushalas. At the same time, India’s own achievers, scientists, artistes and Nobel laureates get the short shrift. C.V. Raman has a minor road near New Friends Colony, Jagadish Chandra Bose has an equally insignificant one in the institutional clump behind IIT. Homi Bhaba, Srinivasa Ramanujan, Pandit Ravi Shankar, Ustad Bismillah Khan, Rukmini Devi Arundale, M.F. Husain (OK, may be not yet!) all deserve a mention on our streets and walls. So do political figures like Jaiprakash Narayan (besides the hospital), Morarji Desai, R. Venkatraman, Narasimha Rao. Mumbai, in comparison, has been really fair to giants and geniuses of Bollywood.

There is much road-naming that still remains to be done in Delhi. You could start with Nasser and Tito and Nkrumah. Let Tughlak, Safdarjung, Shahjahan, Akbar, Babur be, as they were as much rulers of Delhi as Prithviraj Chauhan. That is the logic behind the naming of Lutyens’ avenues, give one to each ruler, though somehow poor Jahangir was forgotten. But then he wasn’t a man as much fun as Dilip Kumar in Mughal-e-Azam. He blinded a rebellious son and had fourth Sikh Guru Arjun Dev tortured to death. And in a cruel touch of irony, India’s Fleet Street, the home of our mainstream media, came to be named after the last Mughal, Bahadurshah Zafar, the most famous loser in our history. You’d presume Nehru knew what he was doing.

Postscript: If you thought we were so stupid to flaunt landmarks in the names of dictators now hated in their own countries, Pa kistanis are way sillier. Lahore’s famous cricket stadium is named after Gaddafi. Just as well that the Libyans do not play cricket. 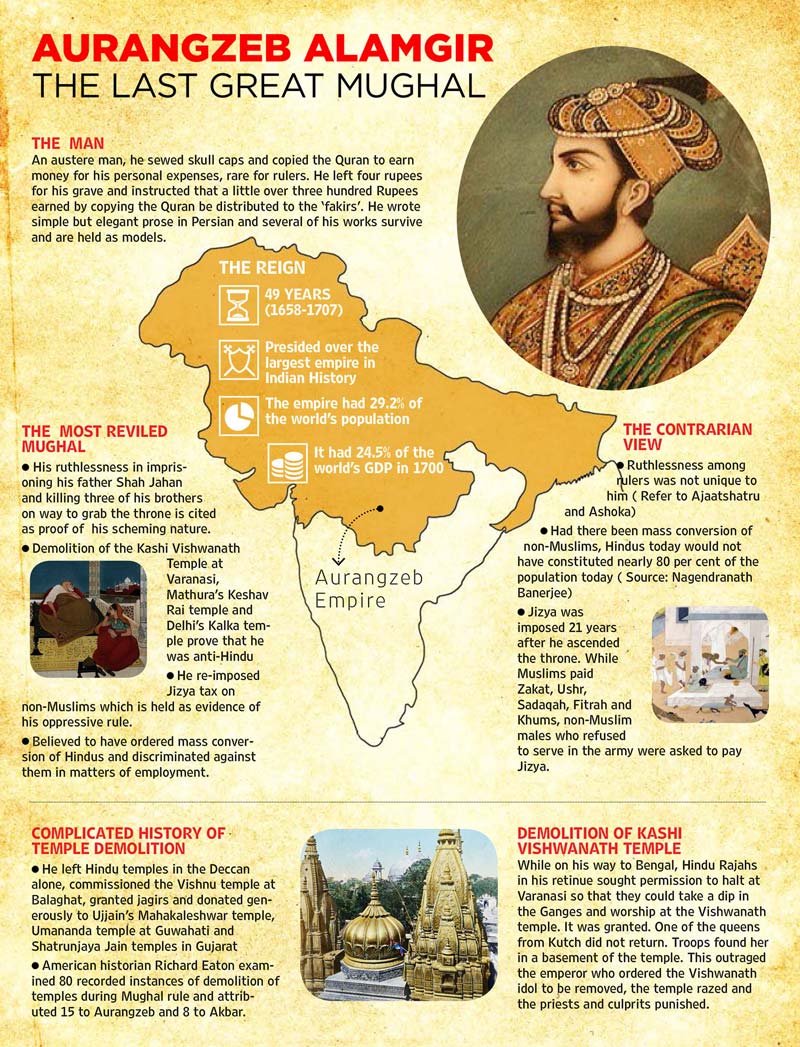 (Shekhar Gupta is the former Editor-in-Chief of The Indian Express.)

For A New Middle