Why Switch-Hit When You Can Cut

Many in the JD(U) feel that rather than make it a Modi versus Nitish battle, the BJP should be tackled on its many failures 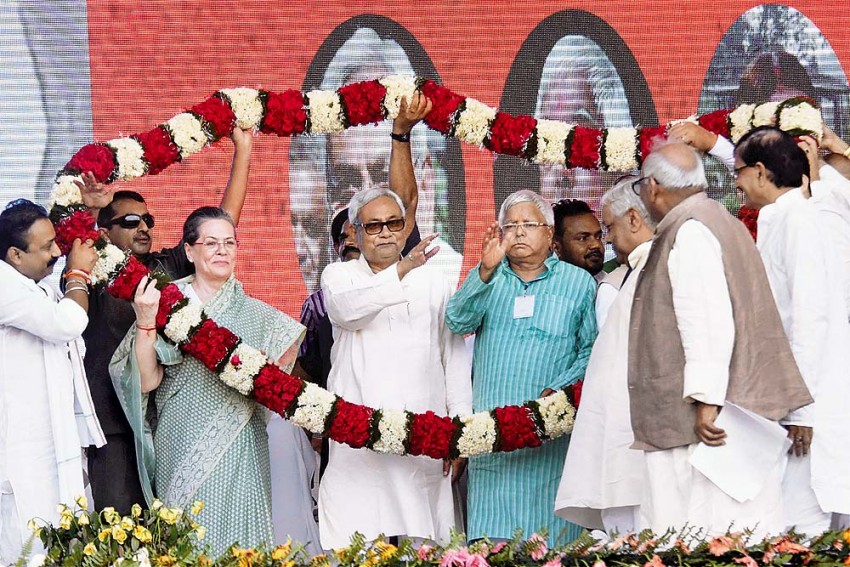 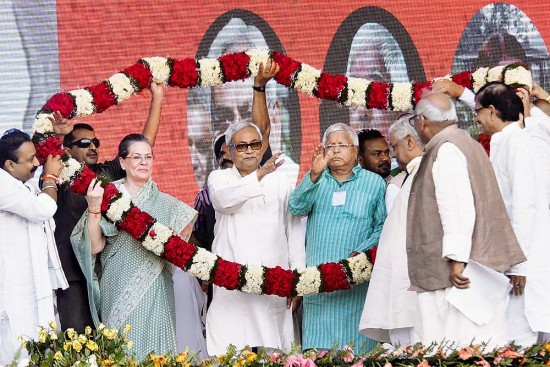 Is Bihar chief minister Nitish Kumar making a mistake by hyper-reacting to Prime Minister Narendra Modi’s provocative comment about his political DNA? Nitish’s party, the JD(U), has in protest despatched nail and hair clippings of more than one lakh people from Bihar to the prime minister’s office (PMO), daring him to have the samples DNA-tested to corroborate his flippant remark. It plans to daily flood the PMO with Biharis’ samples till Modi recants. But novely apart, was there anything to it? Party insiders do not think so. “There was no point in collecting DNA samples of one lakh people and mailing them to the PMO,” says a party official. “The BJP has enough chinks in its armour for both Nitish and Laloo to target.”

Instead of making it a Narendra Modi vs Nitish Kumar contest, it would have sufficed, for instance, to point out the contradictions in the BJP more aggressively. They say it wasn’t enough to evoke laughter with Laloo Prasad by turning Gandhiji’s favourite bhajan into ‘Raghupati Raghava Raja Ram, BJP ki bidai kar bhagwan’; the leaders should have exposed the BJP’s hypocrisy on “lawlessness and the threat of jungle raj” returning to Bihar, for example. The BJP’s silence on the activities of jailed JD(U) MLA Anant Singh and then their open support for him should have been exploited, they feel. “The prime minister comes here and cites a political murder as a definite sign of lawlessness, but nobody points out the murders of Narendra Dabholkar, Govind Pansare and now Dr M.M. Kalburgi at him,” says one party insider.

The BJP did indeed score a self-goal the day it brazenly threatened Nitish for the arrest of  Anant Singh. The don-turned-legislator, cast in the mould of the infamous Raja Bhaiyya of Uttar Pradesh, was a terror in Mokama. Once he became a legislator, he extended his terror to the state capital, occupying houses, commercial properties, land and parks that caught his fancy. That he belonged to the powerful landed caste of Bhumihars, who dominate the bureaucracy and the police, must have been a factor. His ability to generate funds for the party and the absence of complainants and sufficient evidence may also have come in the way of his arrest. But Nitish bore the brunt of criticism for claiming to run a fair and clean administration and yet failing to rein in the don. The BJP itself had been sarcastic in referring to the nexus between the don and the government.

The BJP has stopped speaking in terms of a 180-plus target in the assembly. Looks like it is going to be a close call.

But when the don was finally arrested, the BJP came out in his support. At a press conference, RLSP leader Arun Kumar, flanked by state presidents of the BJP and LJP, complained bitterly about the “harassment of the community” and belligerently declared that anyone who raised a finger against Bhumihars would be torn apart. Almost like an aside, Sushil Kumar Modi, the BJP’s face in Bihar though not its CM candidate, said in a Facebook post that Nitish’s government had found it expedient to suspend, till elections, the legitimacy it had afforded criminals like Anant Singh. Says a disgruntled JD(U) leader, “Sushilji and the BJP have conveniently kept quiet about the patronage extended to dons by the BJP’s own ministers when the JD(U)-BJP coalition was in power from 2005 to 2013. But the party has not done enough to point this out in its campaign.”

But while their ire seems to be directed at Prashant Kishor, who is handling JD(U)’s campaign, the threat of lawlessness that would be unleashed if the BJP comes to power has sent a powerful message to the OBCs and Dalits. “If this is how NDA leaders can speak even before the election, we can foresee what we can expect if they actually come to power,” posted a Nitish supporter on Facebook.

Contrary to reports in a section of the media predicting a landslide for the BJP, the party itself has stopped speaking in terms of Mission 180+ (seats) in the house of 243. A clearer picture will emerge only after the candidates are finalised; commentators on the ground agree that there is no wave in favour of anyone. “It’s going to be a close call,” claimed a newspaper editor in Patna. “And leaders confide in private they are clueless.”

It is however clear that the prime minister has succeeded in building up a fan-following for himself in the state. The polarisation is so complete that people are coming to blows while discussing possible outcomes, according to accounts from the state.

“If it is arithmetic, then Nitish-Laloo have the edge, but if it is chemistry, then the NDA seems to enjoy an advantage,” claims an old-timer. A BJP MP agrees that the situation is still not clear, but declares, “The voting behaviour of only two communities can be predicted beforehand. The Muslims will vote for the Nitih-Laloo combine while the elite caste votes will en masse go to the BJP.” It would be foolish to hazard a guess about others at this point, he says. Asked if the BJP was acting a bit overconfident and whether its support for Anant Singh would boom­erang, he says with a laugh, “The BJP, after all, stands for Baura Janewala Party (party which loses its head when in power).”

In his 10 years in office, former prime minister Manmohan Singh visited Bihar just once, for an aerial survey of flood-hit areas. Modi has been to Bihar over half a dozen times in the last 15 months. Trust him to visit the state as many times in the next six weeks. It is clearly a do-or-die battle.