Home  »  Magazine  »  Business  » Interviews  » interview »  ‘Why Should You Import The Walmart Culture?’

‘Why Should You Import The Walmart Culture?’

The Nobel laureate speaks on 'reforms', growing inequality in the world and the challenges facing India. 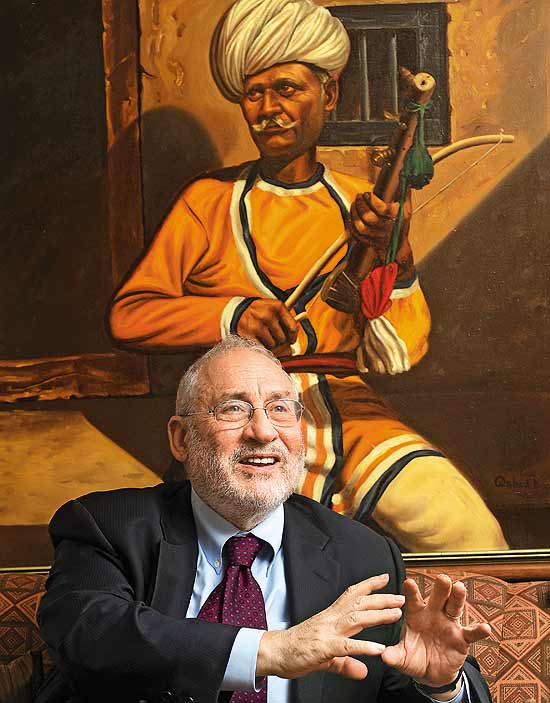 Tribhuvan Tiwari
Pranay Sharma October 29, 2012 00:00 IST ‘Why Should You Import The Walmart Culture?’ 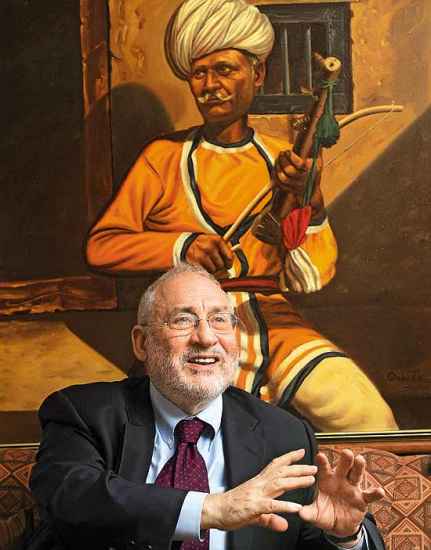 Nobel laureate Joseph E. Stiglitz is one of the world’s leading economists. A former chief economist at the World Bank and currently University Professor at the Columbia Business School, he was recently in India to attend an international conference on development and to promote his new book, The Price of Inequality. He spoke to Pranay Sharma about growing inequality in the world and the challenges facing India. Excerpts:

Your coinage, “one per cent versus 99 per cent”, has caught the imagination of different people in the world. What does that reflect?

It reflects a different view of society. The nomenclature, ‘one per cent and ninety nine per cent’, is a way of saying that almost everybody today is in one boat and a few people are in another boat. There is now that huge divide from the very top that is no longer class-based but money-based. So it’s really the redefining of the divisions within our societies.

And this is not specific to the US but something seen all over the world?

That’s correct, it’s all over the world. India has become famous for being the land with the highest per capita of billionaires. This is striking for a country which is average and has a large number of poor people.

“India’s famous for being the land with the highest per capita of billionaires. Striking for an average country with so many poor people.”

Some of your detractors describe you as “the prophet of gloom and doom”. Is that a correct assessment?

I had accurately perceived the crisis of 2008 and there were those who drew a rosy scenario and did not see it happening. The same people started seeing the ‘green shoots’ in 2009 which again did not happen and we did not get the recovery. Those who are described as ‘gloom and doom’ people are the ones who have predicted, as people jokingly say, five out of the last 10 recessions.

Everybody now talks about the global economic crisis and how it has affected countries across the world, including the US. But are you overstating the case about the US?

The statistics are what they are. The fact that the median income of a full-time worker is lower than what it was in 1968 is part of it. I have gathered some of the statistics that may not have been given sufficient attention by others, but those are facts. The question is, what do you make of those facts? Where the US economy is going is obviously a matter of interpretation. But some of the facts that I think are disturbing may be different from the facts that others are looking at.

What you describe in your book is not only an economic or political failure, but a systemic failure in the US. Is democracy in the US in crisis?

Yes, it is. We have changed the rules of the game to give more weight to money and moneyed interests just at the time when inequality is growing. So we now have an out-of-balance political system.

“There is that huge divide now from the very top that is no longer class-based but money-based...a redefining of divisions within societies.”

You say in your book that if the economic benefits were shared better, Americans would have forgiven many of the ‘sins’ of the US corporates. If that were to happen, then who would have paid the price, people in other countries?

What I was trying to suggest was two-fold. That people in America would not have been so concerned if the top had walked away with just a larger share and did not damage the environment too much. The typical American would have felt that he himself was getting better without asking a lot from the corporation. But part of what is going on in terms of global warming is that the price is being borne by people outside the US. People of America had not paid any attention to that at all.

In India, we have the experience of the Bhopal gas tragedy. An American national responsible for it paid very little compensation and refused to share the burden of guilt. Now we have a debate on ‘nuclear liability’ where the US government and American companies planning to set up N-plants in India are opposed to accepting a larger share of the burden if an accident occurs in any of their plants. How do you react to this?

This is a perfect example of why I say that we have a distorted market economy through politics. Markets don’t exist in a vacuum, we create frameworks. They give money to special interest groups—the one per cent. The nuclear industry is a good example. If the government had not been subsidising them, then in a calamity there would be no one to pick up the tab. They say they have insurance but that is a price no company is willing to pay. We pick up the cost of nuclear exposure, nuclear waste...nobody is willing to pay for that. So there is this massive subsidy given by the government to the nuclear industry.

“We have changed the rules of the game to give more weight to moneyed interests, just at the time when inequality is growing.”

So you think US companies planning to set up N-plants here should share a larger burden of that liability?

They should bear it all. In the global context, they don’t bear that in the US either. The nuclear industry exists only because of government subsidies. But subsidy in the form of liability; the oil industry is also protected in the same way. They have a law that limits the liability in the event of a spillover. If you look at the way the legal system is designed, many of those who are injured by the spill will never be compensated.

You have praised governments in China and India for intervening in the market to make globalisation work better for their respective people. How do you now see the performance of the two countries?

China represents what is the success of globalisation, where over 400 million people moved out of poverty. The gap between their income and that of people in the US has reduced enormously. Same is perhaps also true for India. But when you have rising aspirations in a country like China—which has been slow in implementing good working conditions—it can lead to agitations by workers.

India has not grown as fast as China but it is growing significantly. There have been very significant successes, though there hasn’t been much reduction in poverty in a big way.

“US firms planning to set up N-plants should bear all the liability. But they don’t do that even in the US, state ‘subsidies’ protect them.”

PM Manmohan Singh announced a clutch of economic reforms recently, particularly in regard to allowing FDI in multi-brand retail. Do you think India needs to open up its market?

India is an unusual country and different from many other developing and emerging markets. It has a large entrepreneurial class and has lots of savings, wealth. And this entrepreneurial class is very talented. So that raises the question as to why India needs foreign entrepreneurs in any sector, particularly the retail or the financial sectors.

And what’s your answer to that?

I have not seen a good explanation yet. To me, as most economists say, a little competition is good. On the other hand, the worry is that a company like Walmart may owe some of their success to its power and ability to drive down prices. Because they can buy things out and if that’s the case then they will use that power to have Chinese goods displace Indian goods. The real harm will not be to the retail sector. That is not the real problem. The harm will be to the Indian supply chain going into the retail sector. The other concern is that Walmart has succeeded in expanding its business by adopting abusive labour relations.

“India has a large, talented entrepreneurial class, and lots of savings and wealth. Why should it need foreign entrepreneurs in any sector?”

Is that the experience of other countries where it has a presence?

That is the experience of other countries. It is a business practice that you don’t want to import to your country. Bribery in Mexico, free-riding on healthcare, a policy against unionisation, discrimination against women—a whole range of accusations, some of which have been proved and others that remain accusations but are hard to win in courts. Why would you want to import such business practices into India? Many economists see the breakdown in social contract as one of the reasons for inequality. There is also a worry that Walmart will break down the social contract in India that is already frail.

So how does one go about it?

The other reply to these concerns is for India to have legislations to ensure these problems don’t happen. You should have good protection from large multinationals.

Does President Obama have a shot at being re-elected?

I think he has a good chance. I think he has been more successful than what his critics say but far less successful than the expectations when he was elected in 2008. The reality is, if the Republicans do well in Congress then it will be a more defensive (move) to prevent things from getting worse. But also not allowing changes that’ll make the economy work.

“Corruption scandals have a resonance as people know the power of money. Money begets money and it begets via the political process.”

When you look at India what are the areas of concerns?

One of the things would be the huge inequality which is still there. It is very serious and it cannot be ignored. The existence of extreme wealth and extreme poverty, they are worse than many other countries.

Do you see the government intervening to tame the market?

I don’t see it that much...when you have so much of economic inequality, there is always the fear that political power will corrupt the government. A lot of the corruption scandals have a resonance because people understand the power of money. They know money begets money and it begets through the political process. It may be difficult to ascertain what happened in the coal block allocations. But these are people’s assets which have surely not been sold in efficient, transparent auctions that could raise the most money for the well-being of everyone in society. And that has a real resonance in a society that already has such inequality.