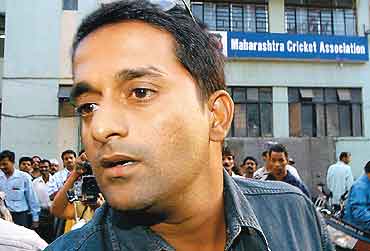 On his innocence: I swear I haven't offered a single penny to any selector, let alone an astronomical sum of Rs 20 lakh. I haven't seen such a staggering amount in my life. Why should I stoop to such a level? My talent, my performance and my record are there for all to see.

On reasons for the charges: It seems as if certain forces—I don't know who they are—are out to destroy my name, my career. I'd like to know why they've done this to me.

On his suspension: I think the bcci should have given me a hearing, listened to my side of the story and then taken the decision. But I'm going to give my full cooperation to the commission the board has instituted.

On his suit against the board: What else could I do? I must prove that I'm not guilty. I know this may spoil my career prospects. But my image has already been tarnished by some people for no fault of mine. All I wish is a fair trial. I hope justice will be done to me. It's all so disappointing, so frustrating.

The Truth, Not Out!