Urmila Matondkar, who joined the Congress recently, speaks to Outlook on her political debut and why she believes the BJP must be voted out. 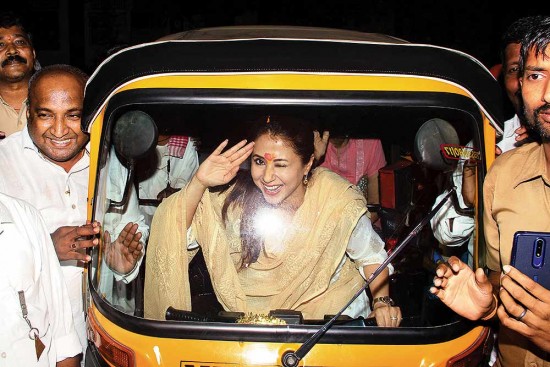 Urmila Matondkar, best known for her critically and commercially acclaimed roles in films like Rangeela, Satya and Kaun, joined the Congress recently and is now its candidate for the Mumbai North Lok Sabha constituency. With ­sitting MP and BJP heavyweight Gopal Shetty as her rival, many believe Urmila has been fielded from the seat because the Congress-NCP alliance had no winning candidate to offer. Urmila, of course, thinks differently. She spoke to Puneet Nicholas Yadav on her political debut and why she believes the BJP must be voted out. Excerpts from the interview:

BJP sympathisers have made ­malicious attacks on you. For ­example, the fact that your husband is a Kashmiri Muslim has been used to question your nationalism.